Your Life, Your Story, Your Care: Paving the Way to More Personalised Care

Our life story is an intrinsic part of our identity. That's why Jean Tottie is so passionate about the importance of recording life stories. 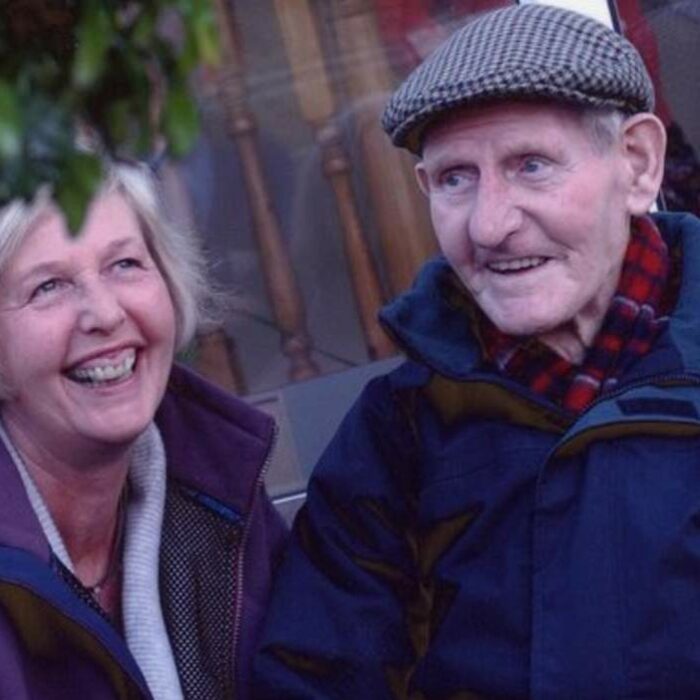 When Jean Tottie took early retirement in 2007 to look after her father who was living with dementia, she discovered life story work, a practice of talking about and recording people’s individual life stories. After seeing how much it benefitted her dad, she became a founding member of the Life Story Network, an organisation set up to help those wanting to do their own life story work or with their relatives. We talked to her about the power of recreating our life stories with other people – and why it is key to understanding a person and providing true person-centred care.

What is Life Story work?

Life story work is fundamentally about understanding what life that person has had, what their life is now and their wishes for the future. It’s an ongoing process.

At the Life Story Network, we have concentrated on working with people living with dementia, families and care workers but it applies to many people. Because how can a care worker understand how to provide care for somebody in life who has difficulty communicating their wishes and choices, if you don’t know something about the sort of life they’ve had?

My dad had dementia, and I was lucky that a local psychologist enabled one of her students to work with him over a few weeks to develop his own life story book. This student, Chris, went to visit my dad on a regular basis and they talked about what he’d done, where he was brought up, where he lived, what his work was and even where he went walking. Together, they constructed this whole life story up to that point.

After a couple of weeks, dad asked, “Why have they chosen me?” That threw me, but I said, “Well, don’t you think you’ve had an interesting life, Dad?” And he said, “Well, I suppose so.”

His dementia was fairly advanced by then, so for someone to show so much interest in the life that he’d had, what he was doing now and where he thought his future was made him feel valued. And he was very proud of that book. He took it to show all his friends when he went dancing.

Does life story work have to be in a book format?

There are many different ways and no right or wrong. It’s got to be appropriate for the individual, the circumstances and the family involved. Sometimes it’s care staff that are doing life story work with the person.

We encourage people when they are first diagnosed with dementia to think about putting their life story together themselves.

My dad liked books, so a book was the right thing. But you can do life story work in multimedia, create a memory box of significant items or even a collage. There are also online apps where you can type and put all your photographs, a bit like digital scrapbooking.

We put more emphasis on the process of talking about life experience, rather than the end product, though. It’s that ongoing communication, interest and engagement that helps people to remain connected with the person they’re caring for.

There are benefits for the individual because they feel they’re involved and that someone’s taking an interest. And if families are involved there is increased communication and engagement. There can be intergenerational work too, with grandchildren producing artwork and telling stories about grandma or granddad to add in.

Care workers also gain a lot from the process. When my dad went into a care home for a respite stay, I did a potted history from his life story. Although he was only going in for two weeks, they recognised that my dad’s hobby was painting, so they went out and got paints for him to carry on doing it while he was in there.

When he went into a care home permanently, the care staff all sat down with dad and went through the book, because he was so proud of it. It was his. And they all made a connection with him. That helped them to make the care plan appropriate for him and helped him settle in. There’s a lot said these days about person-centred care, but it’s meaningless without a greater emphasis on attention to the individual.

Is that even more important in dementia, where people can get dehumanised?

Absolutely. Care staff who come into contact with people with dementia sometimes don’t see the individual. They see the person as ‘another dementia patient’ as opposed to a person who’s had a life. And that’s what we stress through our work, certainly with family carers.

The difference it has made to the wellbeing of many family carers has been phenomenal. People say “I found my mum again. I was having difficulty talking with her. Now we’re smiling and laughing instead of me leaving her and crying.”

Is there an optimum time to do life story work?

You can do it at any point, but people have got to want to do it – it’s not something that can be forced on individuals.

Sometimes life story work can be used as a tick box exercise for the regulators in a health or social care setting to say, “Oh, yes, we do life story work.” But actually, it’s just a two-page template of basic information about the individual that sits in a file.

That’s not what life story work is about. It is about engaging with the individual, over time and talking about the future as well. The only time it stops is when the person dies, and then there is a legacy for the family, and often a life story is used at a funeral.

For more information on the Life Story Network click HERE.

Life Story Work with People with Dementia is a useful handbook for anyone who want to do life story work with advice, guidance and a look at the practice and its benefits.

So there’s no right or wrong time. But we do encourage people when they are first diagnosed with dementia to think about putting their life story together themselves. We know people who have started writing a book almost as soon as they’ve got the diagnosis.

Wendy Mitchell’s book Someone I Used to Know is one of the best books that I’ve read by somebody with dementia. She’s been writing it over the last year or so as a memoir of her life and to talk about the challenges of dementia.

What’s the difference between life story work and reminiscence therapy?

Life story work can get misinterpreted as reminiscence, but the latter is more often done in a group situation, using triggers – objects, props, pictures, music – to start off a conversation about an era, an experience and so on.

Life story work is very individualised and specifically about the life of a single person – although there can be crossovers, in that some people will join reminiscence activities and might also include some of their own life stories.

You have also organised a number of projects around the work – what did you look at with your Beyond the Front Door project?

Beyond the Front Door was a project funded by the Department of Health a couple of years ago. It was about understanding the importance of the meaning of home to people with dementia, and their families. Home is really important, and the concept is different for different communities and ethnic backgrounds as well.

We found that there was a strong connection between home and the sense of identity of someone with dementia and that housing staff needed support and training to become relationship-centred and offer ongoing support, helping them to remain at home.

What we found was that there was a lack of knowledge generally. Some tenants were not happy about the behaviour of some of their neighbours, but that was because they didn’t know they had dementia. Social landlords also needed to understand the needs of that individual rather than think, “We’ve got a problem here. We’re getting complaints; we must move them.”

We found that once the neighbours got to know the reason behind some of this odd behaviour, then they were much more supportive, and therefore, had that community feel.

The work that we did on that project has been valuable and is now being shared particularly to social housing providers.

The Life Story Network also hosts the Together in Dementia Everyday (Tide) network. What role does this play?

All other carer organisations are not condition specific, but there is a lot of evidence that carers of people with dementia suffer greater stress because it is a very different experience than caring for a frail older person with their cognition intact. If someone is losing their cognition, caring becomes a 24/7 role you didn’t anticipate and weren’t trained to do.

And at the end of the Call to Action, it was agreed with the Department of Health that there needed to be a network specifically for carers of people with dementia – so we could understand their needs better, and therefore plan services accordingly.

With the Tide network, our role is to give dementia carers a voice to make a difference and to influence – whether that is national policy or campaigning locally for improved services.

What’s your vision for the Life Story Network?

We want more organisations to recognise the value of life story work and how it can contribute to helping people to live at home for longer.

If we can support family carers for longer – which is what health and social care commissioners would want as it saves money – and give carers skills to communicate and look after the person they’re caring for then that makes sense.

Putting people at the centre of their healthcare decision-making gives people – patients and professionals – greater wellbeing and the sense they are more than just a ‘cog in the system’. Researcher Professor Brendan McCormack looks at progress and argues that a greater revolution in healthcare is still needed.

Restoring Lost Memories for Those Living with Dementia: The WAYBACK Project

Dan Cole, one of the founders of the WAYBACK Project, explores the potential of virtual reality films to help those living with dementia and their carers – and the collective goodwill involved in getting the project off the ground.