Researcher Professor Brendan McCormack looks at progress and argues that a greater revolution in healthcare is still needed. 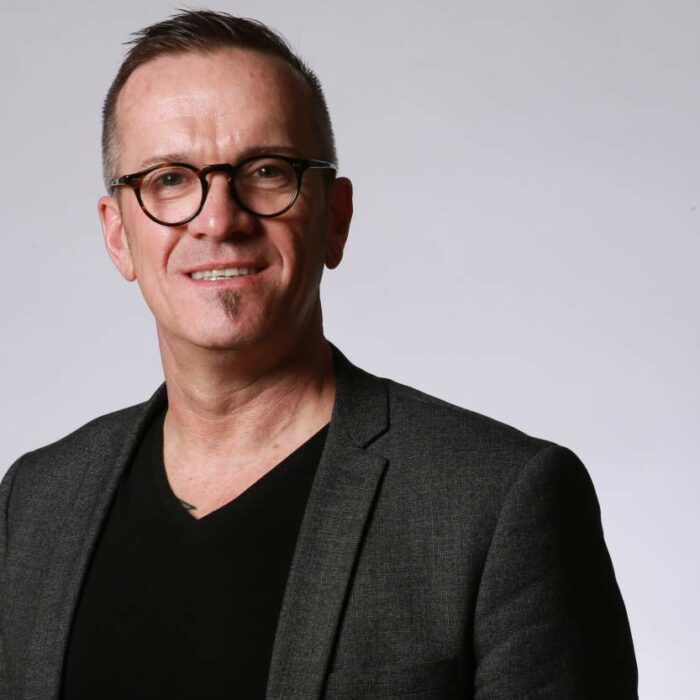 Professor Brendan McCormack is Head of the Division of Nursing and Associate Director at the Centre for Person-centred Practice Research at Queen Margaret University, Edinburgh. His work on person-centred practice in healthcare has gained international recognition, and he has been listed as one of the 3000 most influential researchers in the world. We talked to him about the importance – and impact – of putting people at the centre of healthcare provision.

What is person-centred practice?

It’s a way of practising, or engaging with service users that is focused on their beliefs and values – and I always add into that their wants, needs, hopes and dreams – in deciding on care, and deciding on how best to deliver care.

It’s a relationship-based, partnership model where the person is at the centre of the decision making, and the elements of the system fit around that, rather than the other way around.

How has this become the focus for healthcare?

It’s something that has been evolving over centuries in many ways, and I think existed in many guises, in different models of nursing and in elements of social work and psychology.

It really came to the fore though in the ‘90s, particularly in dementia care and was fully embraced in the early 2000s, at a point when healthcare had become very managerial and almost industrial.

The focus was on efficiency and cost-effectiveness, and the system became more dominant than the person. Person-centeredness started to emerge then as a way of putting some balance back into that system.

How important is it in dementia care in particular?

In many ways, dementia care has led the way in changing how we need to think about persons within all care settings.

Most people in dementia care would credit that to Tom Kitwood, whose work in the ‘90s exposed what everybody had known about dementia care – that it was very custodial, institutionalised and routinised.

People in large institutions had limited access to things that most of us take for granted, like being able to walk outside when they wanted to, engage with people, have fun and experience different things – and a lot of medication was being used.

His work started to challenge the focus on people with advanced dementia to recognise that they still had this thing called personhood. If we created a different kind of culture, then we could create a different way of working with people living with dementia and treat them as persons.

Is person-centred practice a way of providing healthcare that isn’t so hierarchical?

You can’t expect people to deliver person-centred care within hierarchical, controlling, managerialist cultures. So if staff themselves don’t experience those same values, then they’re not going to be able to work in a different way with patients.

To work in a person-centred way we need to erode that paternalistic, controlling way of working that dominates traditional professional behaviours. That has been the push that has taken place, shifting our thinking about what it means to work with the person rather than do things to the person.

A lot of our research has focused on the benefits [of person-centred practice] for staff in terms of their sense of satisfaction with their work and the feeling they have made a difference in somebody’s life in a way that matters.

What impact does it have on people to be treated in a person-centred way?

An increasing body of evidence shows that being able to make choices related to your own beliefs and values has better outcomes in the quality of care that’s experienced. I think the most significant thing about person-centred care is that it gives people the sense that they matter and they’re not just a cog in a system.

Does it benefit healthcare professionals as well as the people they look after?

Yes, very much so. The work we did at Ulster University and here at Queen Margaret University kept focusing on the same message of ‘you cannot just focus on the person receiving the care – if you’re not paying attention to staff too it makes no sense’.

A lot of our research and evaluation has focused on the benefits of staff in terms of their well-being, their sense of satisfaction with the work that they engage in and that they have made a difference in somebody’s life in a way that matters. It’s about getting away from just ‘doing tasks’.

How is the understanding of person-centred care developing?

It is developing, but I get quite despondent with some so-called innovations in person-centred care – what I call the ‘glitzy things’.

“Hello, my name is…” is important, for example, but people use that term because they’re “being person-centred” – and it’s what happens after that, that is important. There’s a tendency to tick the person-centred box, and some of our monitoring quality systems endorse that.

In many places, we have training where people are given a menu of “what you need to do to work in a person-centred way”. And we know it just doesn’t work, because the context in which people are working hasn’t changed, so it’s difficult for them to put those principles into practice.

We should start from the point of individual beliefs and values about practice, explore people’s core knowledge about what it is to be a person, and ask how they can bring that into their professional role.

We know that small, subtle shifts can have a significant effect in terms of the change that comes about – and it doesn’t require a huge amount of extra resource.

Is the idea of person-centred care different around the world?

I’ve been involved in work all over the UK and Ireland, Europe Malaysia, Australia, Canada, China, New Zealand, and South Africa. And what we see is there is that core idea of the personhood, the humanity of the person, is central in all of those places.

How that manifests itself in various countries is quite different though, and that’s to do with cultural beliefs, values and norms. For example, I’ve been in China recently for a project and privacy is not such a huge issue there.

I experienced that myself, having Chinese medicine treatments in a specialist hospital with a group of people standing around, watching! Nobody asked my permission. It was just how it was, and looking around the clinic, that was the norm for everybody.

It’s one of the differences between societies that are very individualistic like we are, and those that are more collective, where society and community become more important than individualism; places such as South Africa, China and Malaysia.

Is anyone working on those kinds of cultural adjustments?

Yes, there are, and China is quite interesting in that regard because it’s essentially an authoritarian state, but a couple of years back, mandated the humanising of healthcare. They are very focused on helping staff to feel good about the work that they do, knowing that means better outcomes for patients.

I’ve been doing a lot of work in South Africa too, and there is an embedded thinking in the South African psyche around the word Ubuntu, which essentially means “I am because we are”. There’s no such thing as the individual; there’s only the collective.

Once they understood that when I was talking about person-centeredness, I actually meant Ubuntu they were really excited because they could see how that works in a care context. They have been doing quite a bit of work around adjusting that concept along these lines.

Other colleagues have done work with aboriginal communities in Australia, where the person is about the land, and so they have re-written our models to be about the land and nature, and being connected with the environment. It’s fascinating how people are looking at the idea of it.

What are the big things left to do around person-centred care, and what’s your vision?

The big stuff still to be done is at a ‘whole system’ level. Scotland is a good example, because it has led the way, and still leads the way, in this. The Scottish chief medical officer’s strategy on realistic medicine is innovative and is a real example of person-centred medicine.

We have policy and strategic initiatives, but they’re not joined up. And because of this we have professionalised silos, instead of an integrated, interdisciplinary approach to making person-centred care happen.

We have to improve the way we educate professionals and what we prioritise within their programmes – the dominance of biomedical models in healthcare, as opposed to social health models and the dominance of the technical parts of care delivery, rather than the human elements, for example.

And we also need to look at the way in which we evaluate what matters to people within health and social care because we’re obsessed by rigid outcomes rather than more experiential evidence and don’t see that as of equal value.

My vision is just that we revolutionise healthcare systems. I would like to see a much more significant emphasis on professionals being the facilitators of self-control by people, not just experts in telling people what to do.

And I would like to see a much more open approach to how care systems work and a much more dynamic, fluid system, where people are supported, and the healthcare system wraps themselves around that.

This interview was part of a series brought to you by Elder. Whether you are looking for live-in carers in London or require assistance in another part of the country, Elder will ensure that all of your care needs are taken care of.

Professor of the Sociology of Ageing at UCL, Paul Higgs has co-authored six books on ageing – we discuss the “fourth age”, a concept put forward in one of his most recent, the idea of “personhood” and the complexity of the role of dementia carers.

We talked to Julia Twigg, Professor of Social Policy, Sociology and Social Research at the University of Kent about the impact of clothes on creating and maintaining identity and the idea of “old age” as a cultural construct as well as a physical reality.