Julia Twigg explores the impact of clothes on creating and maintaining identity and the idea of “old age” as a cultural construct. 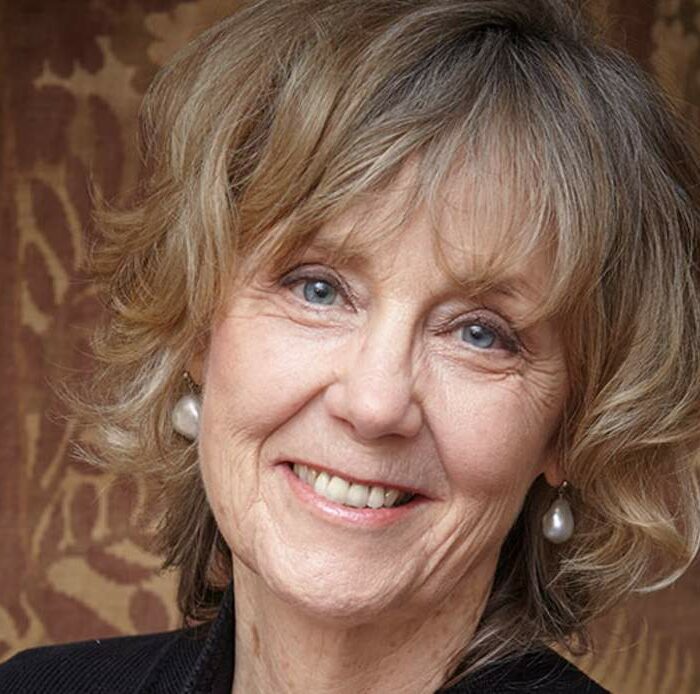 Recognised for outstanding achievement by the British Society of Gerontology, Professor Julia Twigg’s work explores the role of dress in the constitution of age. We talked to her about the impact of clothes on creating and maintaining identity and the idea of “old age” as a cultural construct as well as a physical reality.

What inspired your research into age and embodiment?

For a long time, people studied old age through the lens of “problematic old age”, and particularly in terms of health and social policy. Of course, these are incredibly important, and I don’t want to downplay them, but it’s given us a particular slant on old age as the subject of problems and medical diagnoses.

There’s been a lot of interest, of which ‘cultural gerontology’ is one strand, in trying to reposition our thinking to say much more about the experience of being older – putting the life experience views of older people in the frame more and setting older lives in a wider context.

Instead of seeing old age as this “problem” at the end, as it were, the move is toward seeing it as part of a wider sociology of the life course, just as we look at being a “teenager” or “middle-aged”.

My work in relation to age and dress comes out of my interest in the role of “embodiment in age”, and it has had a number of strands: the first was a study of women aged 55+, to understand the interplay between embodiment and its cultural constitution and expression through dress.

This included looking the issues around the idea of “age-appropriate” dress, the history of that idea and whether things have changed over time. Within that, I talked to magazine journalists, and to people in the clothing industry and companies that have an orientation toward the older market.

Is the idea of “old age” a social construct as well as a physical state – and where does the idea of how we dress fit into that?

It is a construct, and we’re recognising that more and more. Things like the institution of “retirement” have clearly had an enormous effect in creating a sense of “old age”, but when exactly does that begin?

I wouldn’t adopt an extreme view that says that physiology has no relevance in defining it, but we need to recognise that the idea of “old age” is an interaction between cultural meanings and understandings that we ascribe to the changes that occur in later years.

Dress is a good example of that because, in some ways, there are rules in later years around what’s appropriate – and by and large that’s defined in terms of what’s not appropriate. It’s a set of rules about what you shouldn’t be wearing, such as a “short skirt”, a “low neck”, an “over-sexy dress” for women and things like that.

Some of those changes in dress are about actual physiological change – as we get older as women, busts get larger and lower, and the middle of our waists become less sleek. So if you’re designing clothes for an older woman, you need to change your cut slightly to make them flattering and make them fit.

That’s an example of responding to real changes – but responding by pushing the neckline high, covering up with sleeves and things like that are responses to cultural valuations and judgments that say that the only flesh that should be visible in society is that which is young.

It’s more significant for women, and it occurs at a younger age for them, although it’s not absent from men’s responses to dress, albeit much weaker. It’s to do with the degree to which women’s clothes and the fashion industry is centred on youthful beauty and its presentation – and also part of the whole set of cultural valuations on older women.

Why do older women start disappearing from films? Why do television presenters at a certain age move to radio? There’s a ubiquitous set of processes going on, of which “age-appropriate” dress is just one part.

To some degree, continuing to wear clothes that express who you always were, even before dementia, can help to remind you that you are still you.

What are you focused on now in your research?

One of the things I’m interested in is whether the relationship between age embodiment and clothing is different for men – and to an extent it is. Women at a certain age often have a “changing room moment” when they face the mirror and think “I can’t wear that anymore”.

The men I have spoken to don’t talk like that though, although they recognised there were things that they might look silly wearing. There wasn’t that same longing for what has been “lost”.

Men are interested in clothes and in presentation, but there are social taboos on them around being too interested in this. It’s often seen as a feminised area, so it’s an area that men are slightly guarded about.

I think there is genuine change happening though, particularly among younger men. If I had been talking to men in their 30s, I think it would have seen different things – and some of my older men had clearly been influenced by that change. I had a subgroup that were quite style conscious; they’d often worked in the media or those sorts of areas and were pretty engaged with dress, like that younger generation.

Do clothes act as a shorthand for things that we wish to convey to the world?

Clothes are part of how we ‘perform’ our identity, and we’re so used to it that we don’t even notice sometimes and include profound things like gender – clothes are incredibly gender-driven, even those that purport to be “unisex”.

We can pick up a lot of clues about class or nationality from clothes too, and while this doesn’t quite translate into being a “language” as such, as social beings we can tell quite a lot about someone from what they’re wearing.

Julia is a Professor at the University of Kent and was recognised for an Outstanding Achievement by the British Society of Gerontology. For more information, check out their Twitter accounts.

Some of your research has focused on dementia – can the way people dress help reiterate their identity and retain valuable parts of themselves?

I did a study with Dr Christina Buse looking at those living with dementia, and we were interested in whether or not dress continued to have a role to play in their lives. We looked at its relevance, both in the sense of enabling people to maintain something of themselves at a physical level and also in maintaining interaction with other people. We often respond to people around how they look. If someone looks like an “ordinary older person”, does that help maintain a more positive interaction?

One of the dilemmas of dementia, both for the person living with it and for the people they interact with, is that loss of the sense of self through the loss of the memories that tell you who you are. To some degree, continuing to wear clothes that express who you always were, before the condition, can help to remind you that you are still you.

There comes a point where that idea doesn’t work any longer though, and there’s an interaction with things like comfort to consider – because, to a certain extent, clothes that maintain identities aren’t always the most comfortable!

The most comfortable clothes are things like soft pyjamas – and there may come a point when it’s more important to be sitting in something that’s easy to wear and keep clean. But there’s a “lessening” of the self and personal identity that occurs when you’ve moved into those kind of clothes – you can become a person where the main thing is the functionality of dealing with being unwell.

We were also interested in the role of handbags in the lives of women in care homes with dementia. We noticed how a number of women took a handbag with them into the lounge, which was obviously a habitual action.

Handbags are items of fashion, markers of public identity and status. But they are also intensely private.

In care homes too, they were home, but not home – so the handbag was a way of creating a little private space in a public place and some security too. There’s something about the physicality of a handbag that you can clutch it to you.

Jewellery in some ways has that quality too; people might have a locket, a wedding ring or a cross and this isn’t just jewellery, these are sources of reassurance, things to hold on to that represent something.

Does dress play a role in maintaining wellbeing and possibly predicting decline?

There’s a group of scholars who are interested in things that can predict decline, and one of the things they picked up in a recent study was that no longer bothering about your clothes was a signal for something more general, something happening in wellbeing.

As always, with old age, you’ve got to recognise there’s enormous variety, and one of the things we’ve got to stop doing is thinking about old people as one big lump.

This interview was part of a series brought to you by Elder, the company who can take care of all your loved one’s live-in care needs.

For more information on how to stay fashionable and confident in later life, Who What Wear has some inspiring looks for you to consider.

Ashton Applewhite, Author of This Chair Rocks, Explores the Solution to Ageism

Ageism has been dubbed “the last acceptable prejudice” in society – and writer and activist Ashton Applewhite is out to firmly challenge that. Her straight-talking blog, TED talk and book This Chair Rocks: A Manifesto Against Ageism, discuss how ageism distorts our view of old age, and urge us to challenge age-based prejudices in ourselves and in society. We talked to her about the messages we absorb from society, the false divide between old and young – and why the solution to ageism needs all generations to get active.

Lynne Wealleans from the Beth Johnson Foundation talks about the need to give people a voice in challenging times, how “ageing well” is a personal definition and the power of making a real difference at community level.