With the right support people living with dementia can still have a good quality of life for a number of years. However, the following information can be distressing to think about. So, if you’re not ready to continue reading, feel free to bookmark this page for another time. 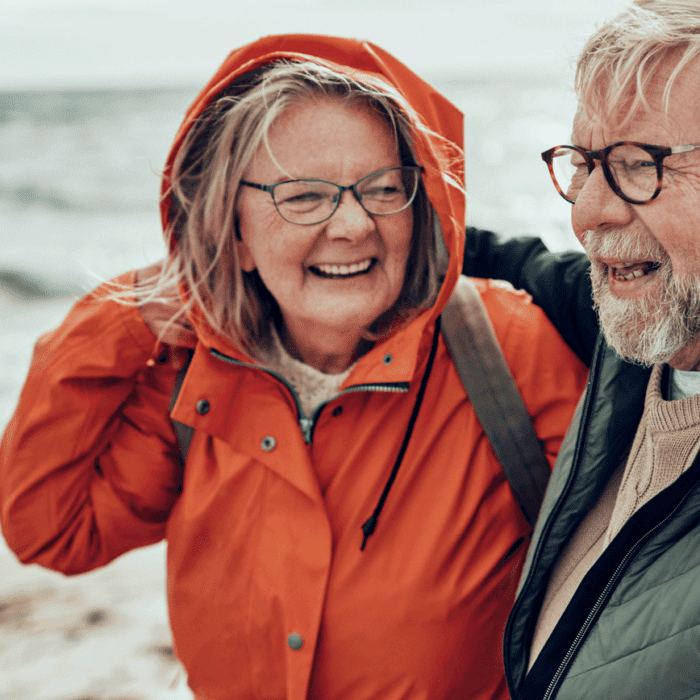 How does dementia reduce life expectancy?

When it comes to life expectancy with dementia, there’s no simple answer. How long people can live with their symptoms depends on a range of factors including the form of dementia a person has, how fast it progresses, and their overall health.

However, speaking in very broad terms, dementia may shorten life expectancy in one of the following ways.

The first is due to other closely linked conditions. Vascular dementia for example is linked to things like heart disease and stroke. Both of these can be life-threatening, and could increase someone’s mortality risk at any stage of dementia.

The second way life expectancy can be shortened is through the degenerative nature of the symptoms of dementia.

Those living with later-stage dementia are likely to be frail and may spend more time in bed. Being less mobile can cause mucus and fluids build up in the chest – leading to infections such as pneumonia. It can also increase the risk of developing blood clots in the heart or lungs.

Another late stage dementia symptom is difficulty chewing and swallowing. This can make it harder for someone with dementia to get all the nutrients their body needs, or stay properly hydrated.

According to research from The Alzheimer’s Society UK, a person who is diagnosed with dementia at 90+ years old, is more likely to die from an associated health problem before reaching the later stages, compared to someone diagnosed at 70. In a 2016 report by Public Health England, 38% of all dementia deaths involved respiratory disease, and 36% involved circulatory & cardiovascular disease.

How do you know what stage of dementia someone is in?

During the diagnosis of dementia your doctor should be able to tell you which stage your symptoms are at. Most people are diagnosed around stage 3 or 4 – this is when symptoms tend to have a noticeable impact on daily living.

There are over 100 types of dementia, each with some differing symptoms. However, things like memory loss and a change in cognitive function are common characteristics with most dementias.

While specific symptoms can start or get worse at any stage, most cases of dementia follow a similar pattern to the below.

1. No impairment. A person shows no signs of dementia, however some cognitive performance tests may suggest a problem.

2. Very mild decline. A person may start to show very slight behavioural symptoms. They may also begin to experience very mild or occasional memory loss. They will still be able to live and function independently.

3. Mild decline. This is when a person will have a more noticeable change in their cognitive ability. They may start to find decision making and reasoning more difficult. They may begin to repeat themselves a lot, or forget things that have happened recently.

4. Moderate decline. A person at this stage will usually have a lot of difficulty making plans. They’re likely to frequently forget recent events too. Travelling can become confusing at this stage and they may become lost when going somewhere on their own. This is often referred to as middle stage dementia.

5. Moderately severe decline. At this stage a person may start to forget the names of familiar people. They may get confused by time and dates too. They’re highly likely to need support with daily tasks, especially those that require planning or decision making.

6. Severe decline. This is usually the stage when people forget the names of those closest to them, such as a partner. Their emotions and how they respond to the world around them may change at this stage too. They’ll likely need more intensive support with basic tasks like going to the bathroom, washing, and eating.

7. Very severe decline. At this stage a person will find communication difficult. They may experience frailty, find eating difficult, and spend a lot of time in bed.

People with dementia will usually be asked to attend an annual review with their GP to monitor the progression of theirs symptoms. During each yearly reviews a GP will ask both the person living with dementia and a close family member questions about thinking, memory, and daily life. They’ll also discuss any dementia medications the person is taking, as well as any medications for other conditions, such as high blood pressure. 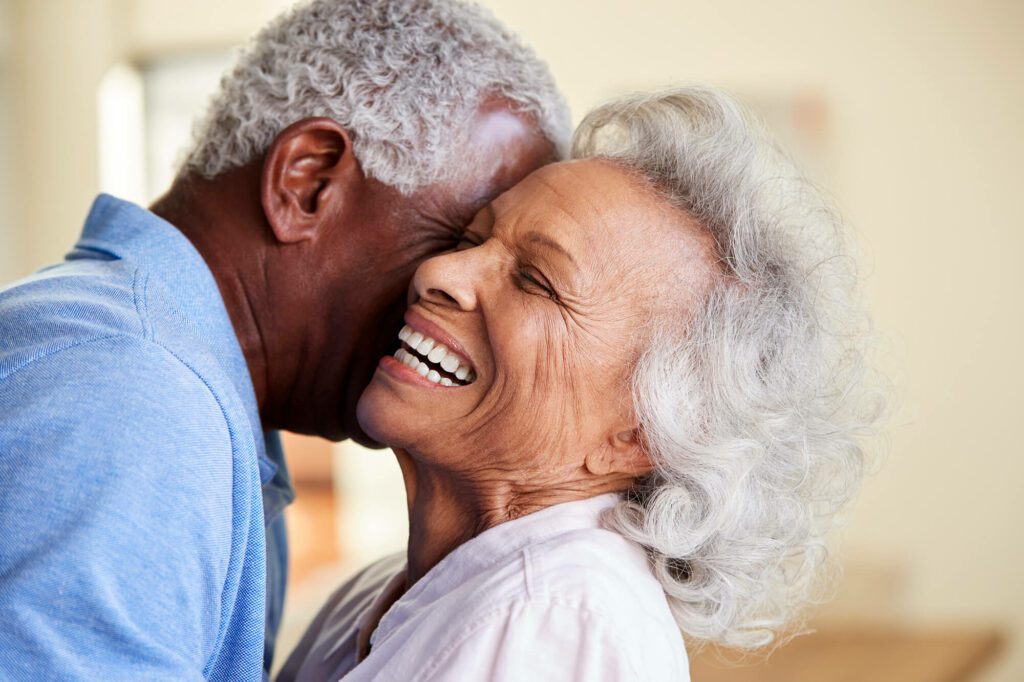 The later stage of dementia

Understanding the signs of late-stage dementia can help ensure a person gets the right level of care and support. For example, those living with advanced dementia are especially prone to infection, constipation, and skin ulcers – which can put their life in danger if treatment is delayed.

Sometimes infection and illness can lead to delirium – which can cause people to become confused, resist help, and experience hallucinations. The cause of delirium requires urgent medical attention, and some people may not recover completely from the effects.  Signs of late-stage dementia include –

How long will a person with dementia live for?

As with many life-limiting conditions, it’s difficult to state an ‘average’ life span. Some people can live for decades with dementia while others may go through severe decline in a few months. It depends on a huge range of factors including the type of dementia they’ve been diagnosed with, their overall health, and the age of diagnosis.

A person’s sex may be a factor too. In the UK there are more cases of dementia in women than in men, however women tend to live longer than men too. For women, the average life expectancy without dementia is 82 years old, compared to 79 years old for men. And, nearly 3 in 4 people over 90 are women.

Life expectancy estimates do exist, however these are based on previous studies of patients with dementia. They shouldn’t be relied on as fact because the dementia experience varies from person to person.

It’s important to know that life expectancy estimates are improving all the time. Many people are being diagnosed earlier, receiving better treatments and care.

Your GP should always be your first point of contact when it comes to understanding life expectancy, and preparing for the future.

After a dementia diagnosis your GP will closely track your cognitive status, physical abilities and how you get on with daily activities during your annual review. If your symptoms change suddenly, you can make an appointment with them anytime for support.

While there’s no cure, there are things you can try to keep your mind active, and reduce risk factors for associated conditions.

If you have a history of low mental health, your doctor may suggest starting a form of antidepressant. Depression and anxiety can be common for those living with dementia, particularly vascular dementia.

In older people, depressive symptoms can include difficulty getting enough quality sleep, feeling agitated, and body aches. In the later stages of dementia people with depression can become very tearful and go through periods of weight-loss.

Because these symptoms can be damaging, your GP will likely encourage you to try a form of talking therapy if you’re in the early stages of dementia. While dementia can make it more difficult to communicate and reason, having a safe space to talk to a professional counsellor or therapist without judgment can be comforting.

There are also groups across the UK that organise activities to help strengthen the mental abilities of people living with dementia. Memory cafes offer free arts and crafts, music, and singing sessions that may help people to maintain cognitive skills. Some lifestyle interventions may help you to manage symptoms and look after your overall health too. For example, if you regularly drink a lot of alcohol, it’s advisable to stop your alcohol intake after a dementia diagnosis.

Consuming a high volume of alcohol over a long time can cause brain damage by reducing white matter in the brain. Brain function relies on this white matter. Alcohol abuse can also lead to harmful conditions such as high blood pressure, liver disease, stroke, and a weakened immune system – all of which can be even more dangerous for someone with dementia.

Even moderate alcohol consumption can cause problems for someone with dementia. They may become more confused after a drink, or struggle with poor judgement or coordination. It’s important to remember that a lot of medications don’t work properly when mixed with alcohol too.

Are you supporting a person with later-stage dementia?

Caring for someone in the later-stages of dementia can present a lot of challenging situations and emotions. Providing support with daily tasks is one thing, but supporting a loved one with personal care, and watching their behaviour and personality change can put a lot of pressure on your relationship with them.

You may feel sadness, confusion, and perhaps anger – but it can be difficult to share these feelings with friends or other family members.

Joining carers’ groups can connect you to support from people who understand what you’re going through. There are a number of online carer communities, and you may find some in-person groups in your local area too. Local groups are particularly good at organising things like coffee mornings and day trips, and may be able to help you arrange respite care when you need a break.

To find a support group, speaking to the following people is a great place to start:

Towards the later stages of dementia, the health professionals involved in your loved one’s treatment should start a conversation around palliative care. This type of full-time care is focused on providing relief from distressing symptoms, and enhancing quality of life as much as possible. Depending on the severity of symptoms, care can be provided either at home, in a residential facility, or in a nursing home. 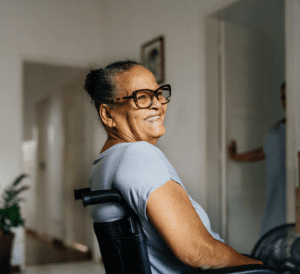 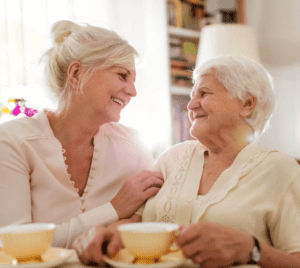 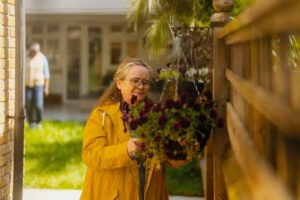