Whether you’ve been diagnosed with dementia yourself or are caring for someone who has, a sudden change in symptoms, such acute confusion, memory loss, or delirium can be really worrying. In this guide we talk about some of the lesser known reasons why symptoms can get worse in a short space of time, and what to do about it. 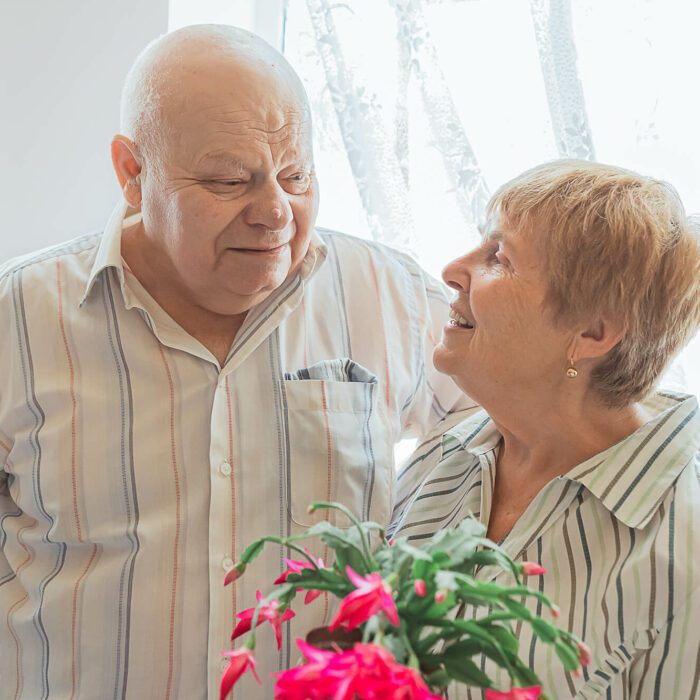 According to Alzheimer’s Research UK, one in every two people will know someone affected by dementia, and you don’t have to personally receive a diagnosis for it to have a big impact on your daily life. Seeing a loved one go through cognitive decline is never easy, especially if they seem to be progressing fairly quickly through the different stages of dementia.

It’s important to remember that while there are three recognised stages of dementia, symptoms will vary from person to person, which can sometimes give the impression that the condition is progressing faster than it actually is. For example, some common symptoms may occur earlier than expected, while others will fail to occur at all. Some behaviours, such as emotional outbursts, or feeling depressed can come and go too.

And, while dementia is progressive, a sudden or unexpected change in behaviour, mood or memory won’t always mean that it’s the condition itself getting worse. There are a number of other health conditions that can make symptoms worse, which we’ll cover in this guide too.

Why is dementia progressive?

There are hundreds of different types of dementia – however the four most common types are Alzheimer’s disease, vascular dementia, frontotemporal dementia, and dementia with lewy-bodies.

Every type of dementia prevents the cells in the brain from working properly, and over time, causes damage to the brain. Alzheimer’s and Frontotemporal dementia  does this by shrinking brain tissue in certain areas of the brain. Vascular dementia stops blood from getting to brain cells, causing them to die, and dementia with lewy–bodies causes small deposits of protein on the brain’s nerve cells, preventing them from functioning.

There is no cure for the brain damage caused by any of the forms of dementia. So, while at first only a small part of the brain will be effected, over time the damage will spread to other areas and cause new or worsening symptoms. The progression of symptoms is often categorised into one of three stages – early stage, middle stage, and late stage dementia.

How quickly does dementia progress?

For many people with dementia, progression can happen over a number of years – the average falls between 4 and 10 years, but some live with the condition for 20+ years. For others, it may happen a lot faster. Things such as genetics, or previous health and medical history may play a part in how quickly dementia progresses, however the type of dementia can make a difference too.

Rapidly progressive dementias or RPDs are extremely rare, but can cause dementia to worsen over weeks and months. RPDs can be caused by complex medical conditions such as Autoimmune conditions, cancer, and neurodegenerative diseases – i.e diseases that damage the body’s nervous systems.

Again, RPDs are rare and as such can be difficult to diagnose. If you’re worried about potential symptoms of RPD, speak to a doctor as soon as possible, as early diagnosis presents a better chance of slowing progression,  reduce distressing, and improving quality of life.

Alzheimer’s disease is the most common type of dementia causing disease among younger people. However because early onset is a lot rarer than other forms of dementia, not enough is known about how it progresses. however, it is thought to be more aggressive and could advance more quickly.

Unfortunately according to Dementia UK, it can take an average of 4.4 years to diagnose young onset dementia – double that of later life dementia. It’s important to speak to a doctor as soon as possible if you’re worried about young onset symptoms, such as feeling disorientated, tunnel vision or changes in behaviour  – and if dementia runs in your family.

What causes dementia symptoms to worsen?

As well as the natural progression of the condition, there are a number of factors which could cause certain dementia symptoms to become worse very quickly.

A sudden worsening of behavioural symptoms such as anger or confusion could be a sign that something else is going on. Trapped wind or a urinary tract infection for example, are both fairly common complaints in later life that are painful, and therefore can have an impact on behaviour.

Another example vitamin deficiencies, particularly low levels of vitamin D which is common among older adults. Adequate vitamin D supports bone health and muscle function, which is particularly important for those living with dementia who experience issues with coordination and balance. Worsening of these symptoms or increase in falls could be a sign of of vitamin D deficiency, rather than the accelerated progression of dementia.

If someone with dementia suddenly seems not themselves, is excessively drowsy, or is seeing things that aren’t there it could be a sign of delirium – which is usually an indication of an infection, pain, or low levels of minerals or oxygen in the blood.

What is delirium, and what can caregivers do to help?

Delirium impacts a person’s mental state, and happens in response to a health complaint. Symptoms usually occur over a couple of days, and are common in people living with dementia.

Symptoms of delirium include:

Caregivers worried about delirium should seek medical help straight away, as it can cause long-term health problems if left untreated. Once the underlying cause of the delirium is found and treated, then symptoms should start to disappear

A large group of drugs called anticholinergics can also make the symptoms of dementia worse within a short space of time. These drugs are used to treat a range of problems related to sleep disturbances, incontinence, allergies, travel sickness, and muscle spasms – and include popular brands such as Nytol and Benadryl. They’ve been linked to memory and thinking problems in healthy older adults, due to their ability to interfere with a specific neurotransmitter in the brain. Therefore they shouldn’t be taken by anyone with symptoms of dementia such as lapses in memory or sudden confusion.

Everyone reacts differently to ta dementia diagnosis, and it’s not uncommon that a person will go through a range of emotions or behave erratically if the weeks and months after receiving the news. This can sometimes be misinterpreted by family as a worsening of the condition, especially if that can’t help but over-analyse their loved one’s behaviour at this anxious time.

Around 20% of those with dementia will experience sundowning – an increase in confusion, agitation or hyperactivity at the end of the day. Sundowning symptoms will often become more intense in the days and weeks following daylight savings, as losing or gaining an hour of daylight can impact a person’s routine and their natural body clock.

Vascular dementia is caused when brain cells are destroyed by impaired blood flow to the brain. This can be due to blood vessels being blocked, a single stroke,  a series of ‘mini’ strokes ( otherwise known as transient ischemic attacks or TIAs), or silent strokes, which can occur without anyone realising.

Those living with Vascular dementia that’s caused by TIAs or silent strokes are at greater risk of a stroke happening again. Stroke-related dementia can appear to ‘level out’, with symptoms remaining fairly stable for a long time, until another stroke occurs. The symptoms of these smaller strokes include muscle weakness and difficulties communicating, and may be mistaken for worsening of the dementia itself.

What if someone has a sudden change in symptoms?

If you’re worried about certain symptoms coming on suddenly, it’s crucial to speak to a doctor or medical professional. They’ll be able to rule out or treat any underlying issues, and offer advice on how to manage these changes going forward. 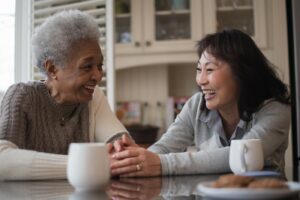 What is the Difference Between Alzheimer’s and Dementia?| Dementia care | Elder

What’s the difference between dementia and Alzheimer’s? People sometimes use the words ‘dementia’ and ‘Alzheimer’s’ 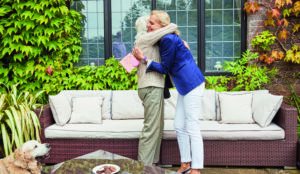 Dealing with a dementia diagnosis 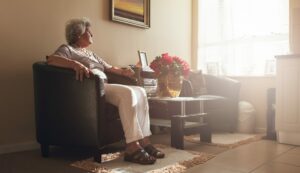 Creating a dementia friendly home environment Living with dementia can be difficult and challenging, both