Dementia with Lewy Bodies, or DLB, as it is commonly known in the UK, is a degenerative brain disease which shares symptoms with other conditions, such as Alzheimer’s and Parkinson’s disease. These can include problems with thinking, understanding and memory, as well as confusion, hallucinations, poor sleep and difficulties in movement including tremors, slow movement and stiffness. 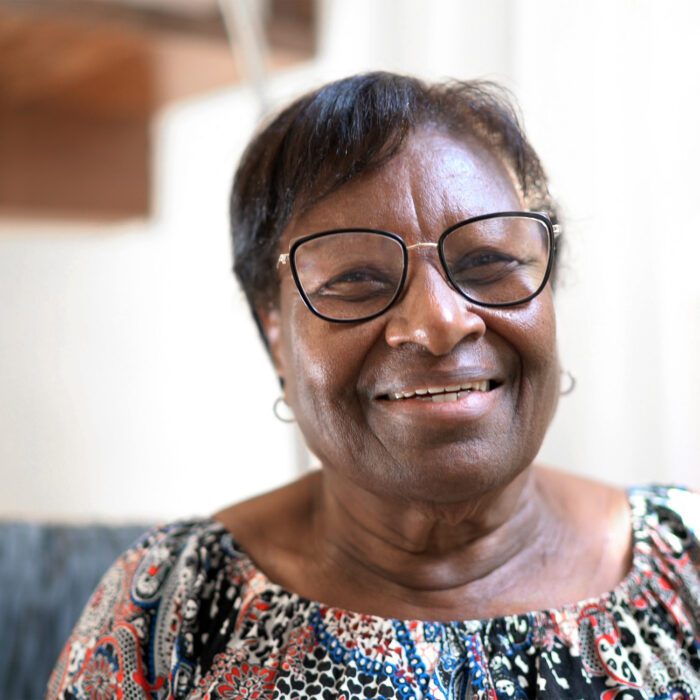 1. It is a common type of dementia

Alzheimer’s disease is the most common form of dementia, and Lewy Body Dementia is the second. Different types of dementia have different signs and symptoms, but they often include long-term memory impairment, thinking memory loss and issues with problem-solving, decision-making and acquiring new skills, meaning that those affected need specialist dementia care.

People who have Lewy Body Dementia experience more hallucinations and problems with their movement than people living with Alzheimer’s disease. Cognition issues can be unpredictable, whereas, in Alzheimer’s, people tend to become more unsettled and anxious in the evenings, a symptom that is known as ‘sundowning‘.

As with Alzheimer’s disease, the only truly definitive way to diagnose Dementia with Lewy Bodies is by postmortem biopsy, but a probable diagnosis can be made by considering the symptoms, interviewing family members and conducting tests such as MRI, CT scans and blood tests.

In addition to symptoms common to many forms of dementia, patients with DLB tend to have problems perceiving depth and can experience visual or auditory hallucinations. They can also suffer from paranoia or delusions and may exhibit symptoms such as tremors, difficulty walking and stiffness, also found in Parkinson’s disease (Parkinsonian symptoms).

Physical issues can include fainting spells, fluctuation in blood pressure and heart rate, and constipation. A diagnosis of Lewy Body Dementia may be made if a patient has dementia combined with several other symptoms.

4. Medications can be affected by the disease

Some drugs, particularly anti-psychotics that are frequently prescribed for patients with Parkinson’s and Alzheimer’s, can have negative effects on people living with DLB.

A neurological condition known as Neuroleptic Malignant Syndrome can develop, causing the patient to develop muscular rigidity, variable blood pressure, high fever and severe sweating. Trying to avoid this potential additional problem is one of the reasons why it is important to diagnose DLB as soon as possible.

What is a dementia  memory clinic?

5. There are similarities with Parkinson’s disease

Many of the neuromuscular symptoms of Parkinson’s disease are also exhibited by people with Lewy Body Dementia, but in DLB, the cognitive symptoms begin earlier, often within 12 months of a misdiagnoisis of Parkinson’s.

6. Sleep can be affected

People with different types of dementia can experience sleep issues, but people with Dementia with Lewy Bodies are often affected by REM Sleep Behaviour Disorder. In this condition, there is often excessive movement, gesturing and speaking while in the rapid eye movement stage of sleep. Those affected appear to be acting out dreams that can be intense, violent and vivid.

If the person has care at home, their carer may observe that they sit up, kick out, flail their arms around or grab at things during sleep. Restful sleeping time is lost, and the person can be at risk of sustaining an injury during sleep.

With some types of dementia, such as Alzheimer’s disease, the symptoms are reasonably predictable, and a person’s abilities decline steadily over time, but people with DLB can exhibit erratic symptoms. People receiving elderly care or dementia care may become aggressive suddenly towards their carers which can be a traumatic experience that requires expert handling.

With one-to-one live-in care, it may be possible to isolate a particular cause for the worsening of symptoms, such as a change in medication or the development of an infection, and the symptoms may improve once the problem is remedied. However, quite often there is no obvious cause, and it seems that the unpredictability is simply due to the variable nature of the condition.

At present, there is no cure for Dementia with Lewy Bodies, and no way of preventing it from progressing. However, certain symptoms of the disease can be helped by medication, making the condition easier to manage. Cholinesterase inhibitors may be used to improve cognitive issues.

These promote brain cell function by affecting the neurotransmitter, acetylcholine. People with sleep problems caused by REM Sleep Behaviour Disorder are sometimes prescribed drugs such as clonazepam or melatonin, to help them to sleep more soundly. If the movement disorders of Parkinsonism are severe, these can be improved with levodopa.

People with Lewy Body Dementia can also benefit from occupational therapy, speech therapy and physiotherapy, depending on how their symptoms affect them. These interventions can help them to function better from day to day and to manage their condition more effectively.

Lewy Body Dementia is a degenerative brain disease that shares symptoms with other conditions, such as Alzheimer’s and Parkinson’s disease. These can include problems with thinking, understanding and memory, as well as confusion, hallucinations, poor sleep and difficulties in movement including tremors, slow movement and stiffness.

A dementia diagnosis or arranging dementia care can be a tough moment to comprehend. Among the confusion and worry that these situations can bring, writing poetry can be a great release. This National Poetry Day, we thought it would be the perfect opportunity to share some examples of verse exploring the impact of dementia on those living with it, and their loved ones.

Symptoms of Dementia: What to Look Out for Every dementia journey is different, and not everyone will experience the same symptoms. However, understanding the four

Dementia Care: 11 Signs of Alzheimer’s Most elderly people worry about the possibility of developing Alzheimer’s or another form of dementia as they age. Any

Alzheimer’s: Recognising the Stages There are different ways of categorising the stages of Alzheimer’s Disease, but the three-stage model is commonly used for understanding the

Eight Facts about Lewy Body Dementia Dementia with Lewy Bodies, or DLB, as it is commonly known in the UK, is a degenerative brain disease