What’s the difference between dementia and Alzheimer’s?

People sometimes use the words ‘dementia’ and ‘Alzheimer’s’ interchangeably, however they’re not the same thing. In this guide we’ll explain the difference between dementia and Alzheimer’s, the symptoms – the causes –and where to get help. 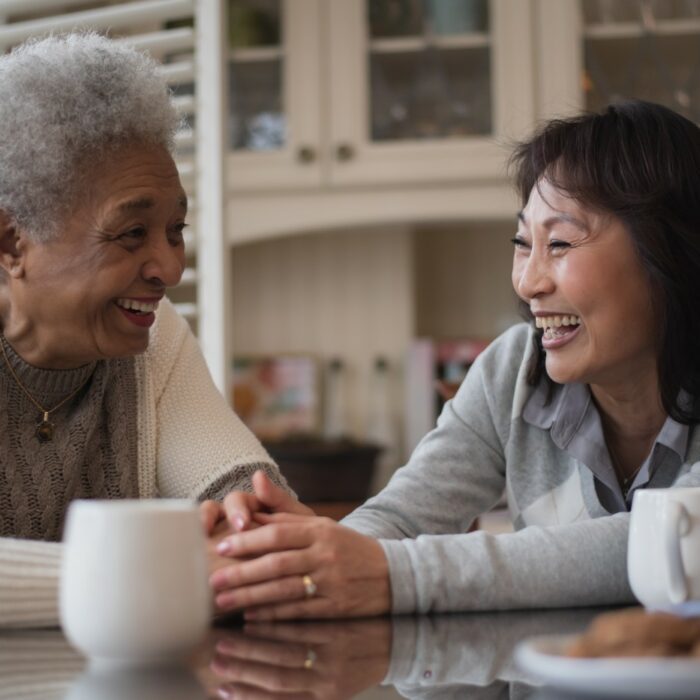 Dementia is an umbrella term for a collection of symptoms which affects mental function. This can happen in a number of ways, from memory loss and confusion, to impaired communication and behavioural changes.

There are estimated to be over 100 different types of dementia – with many different causes. The most well known include:

Vascular dementia – caused by conditions that reduce blood flow to the brain, such as stroke

Alzheimer’s disease, on the other hand, is the most common type of degenerative brain disease responsible for these symptoms.

Like with all progressive conditions. dementia symptoms will change your daily life. Over time, you’ll probably need some extra help to do certain tasks, and stay safe and well. However, a person with dementia can still live a full and active life after diagnosis.

How is vascular dementia different from dementia?

Unlike many other common forms of dementia, vascular dementia isn’t caused by the build up of unwanted proteins or plaques in the brain. Instead, a loss of blood flow causes damage to brain cells. This usually happens when the small blood vessels in the brain are damaged by disease or stroke.

This damage prevents the oxygen and nutrients in our blood from reaching our brain cells –stopping them from working properly.

According to Alzheimer’s UK 20 out of every 100 people with dementia have vascular dementia.

What is Alzheimer’s Disease?

Alzheimer’s is one of the most common forms of Dementia causing conditions. It accounts for up to 70 percent of diagnosed cases. And, while it’s only possible to give an absolute diagnosis of Alzheimer’s during a post-mortem examination, doctors can diagnose the disease with reasonable accuracy.

Protein deposits in the brain form tangles and plaques which disrupt communication between cells. As the cells die, brain function is lost, and over time the brain can shrink. Damage can occur many years before the first symptoms appear.

The progression of Alzheimer’s tends to be quite slow, causing a gradual decline in the person’s mental processes over a period of around eight to 10 years. Most people are diagnosed over the age of 60, but  the onset of dementia can happen earlier around the age of 30+, and is believed to be caused by a faulty gene.

What is a dementia  memory clinic?

What are the symptoms of Alzheimer’s vs. dementia?

Because there are so many variations, it can be difficult to create a list of dementia symptoms that will  apply to the majority of people. Every dementia experience is different, and people may experience certain symptoms at varying stages. However, most people living with dementia will experience a decline in memory and thinking skills, and some mobility issues.

Other common symptoms of dementia include things like confusion – even when you’re somewhere familiar, feeling anxious or depressed, impaired mental ability such as problems with decision making and poor judgments, and hallucinations – seeing things that aren’t there.

Alzheimer’s causes many of these same symptoms too –after all it is the most common cause of dementia. However, some additional things to watch out for are feelings of apathy, difficulty remembering recent conversations and events,  and changes in behaviour.

As the condition progresses, a person living with Alzheimer’s can experience problems with walking, speaking and sometimes even swallowing, and will usually need dedicated support.

Coping with a Diagnosis of Dementia or Alzheimer’s

Receiving a diagnosis of dementia or Alzheimer’s is a frightening time, both for the person with the symptoms, and their immediate family and friends. Dementia symptoms are most common in the elderly, and of course, you’re bound to be worried about what the future holds.

While scary, it’s important to seek a diagnosis and make plans at the earliest possible stage of dementia. This’ll open up a wider range of treatment options to help manage symptoms, and give you more time to understand your choices and create a plan of action as your dementia progresses.

You’ll probably need to appoint someone to have Power of Attorney over your financial affairs too, for when the time comes that you can’t make these decisions yourself. Slower cognitive function and confusion over money can be early symptoms. Appointing someone to take charge of the bank account and savings is a vital step in ensuring that you’re not defrauded or taken advantage of by anyone.

You may also decide to make an advanced statement. This is a document that sets out your wishes for the future in writing. It can include things like treatments you want to avoid, daily activities you’d like to continue with – such as going to church, and whether you’d prefer to remain in your own home rather than go into a care home.

If you’re worried about balance and tremors installing grab rails in bathrooms and minimising slip and trip hazards in the home can help bring additional peace of mind. Updating or installing smoke detectors is crucial if you like to cook but are prone to forgetfulness too.

Some families use GPS tracking devices to keep an eye on relatives who might be prone to wandering, and if this is the case, it might be worth improving home security too. 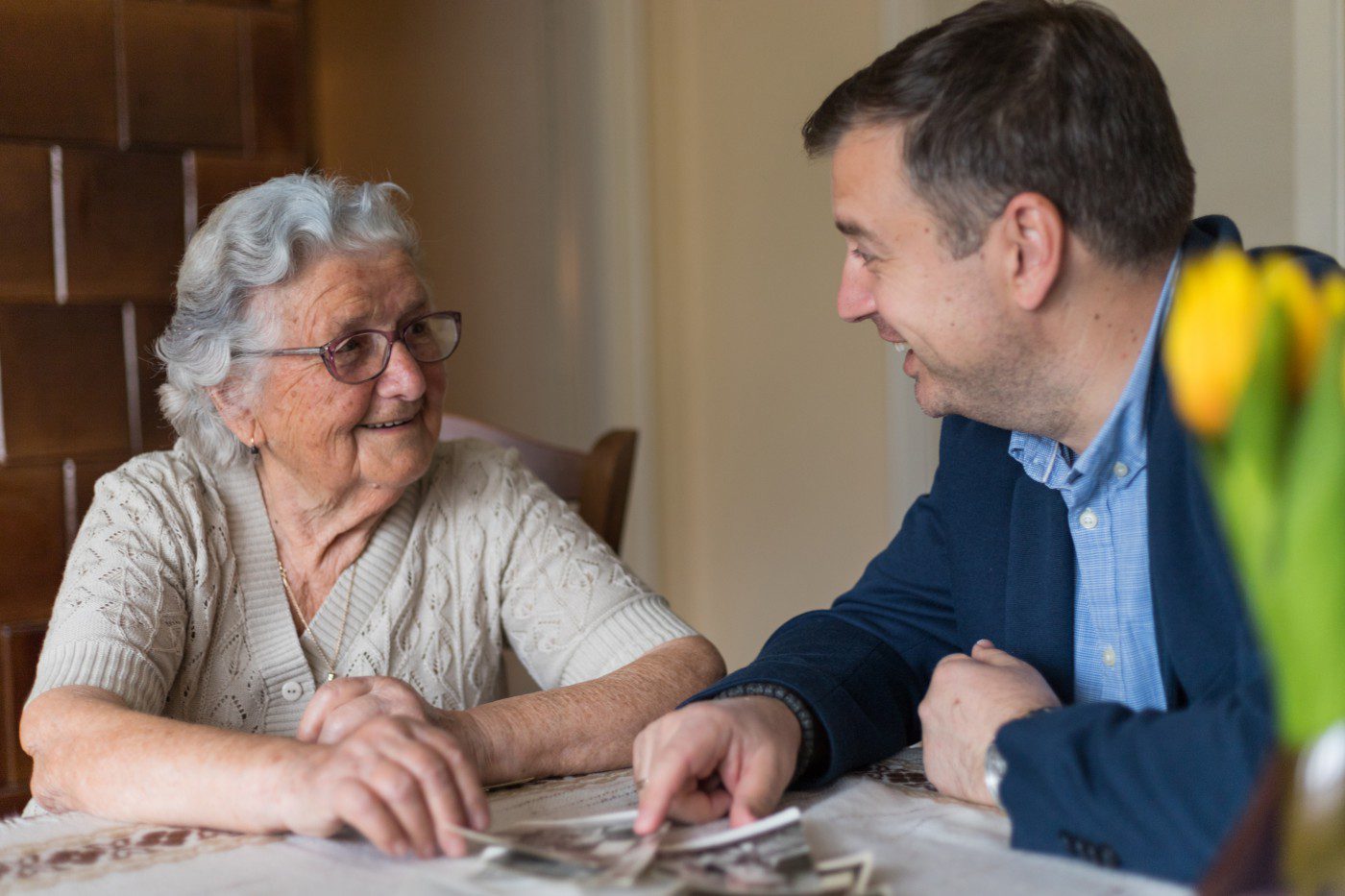 While there is no cure for dementia and Alzheimer’s, there are a number of treatments available that may help to slow the ongoing decline.

Most of the current treatments for dementia are used predominantly for Alzheimer’s disease (as this is the most common form) and include:

Acetylcholinesterase inhibitors – these medicines can help prevent a brain substance called acetylcholine from breaking down. Acetylcholine helps brain cells communicate with each other. It has been found to be effective for managing symptoms of vascular dementia, dementia with Lewy bodies, mixed dementia and Alzheimer’s disease.

Memantine – This group of drugs is often given during the mid to late stage of dementia, or those with more severe symptoms.  It works by blocking the brain chemical glutamate. Too much glutamate in the brain can cause nerve cells to over-exert, and eventually die.

Again, while there’s not cure, the aim of treatment is to slow down the progression of dementia and minimise the most distressing or troublesome symptoms, such as hallucinations. Some people have found their quality of life has improved for a number of years while on a drug treatment plan. However, the outlook will depend entirely on the cause of and severity of your dementia.

Often people with dementia depends on the support of friends, family, and professional carers to stay safe and well. People with dementia may need full time support in the late stage in particular, as everyday activities such as cooking, dressing, and moving around may become more dangerous.

Whether through local authorities or private care companies, you’ll find plenty of help is available, from a cleaner once a week through to 24/7 care from a live-in carer.

Care at home is becoming the preferred option for many older people who can be frightened by the idea of moving into a residential care home.

Those who experience regular bouts of confusion are likely to find comfort in being in familiar settings – so care at home is usually an option that can help minimise and manage this symptom.

You need to make sure that any caregiver you employ is experienced in dementia care and Alzheimer’s care, and can provide the right level of patience and understanding.

Arranging live-in dementia care assistance helps you to stay safe in their own home, with a high degree of independent living. The constant presence of a dedicated carer can be a calming influence and make it easier to create a comfortable routine and stick to a personalised care plan. A carer can help with a wide range of needs and provide support in a personalised and dignified way, from helping with everyday tasks and supporting a healthy diet, to providing personal care and friendship. 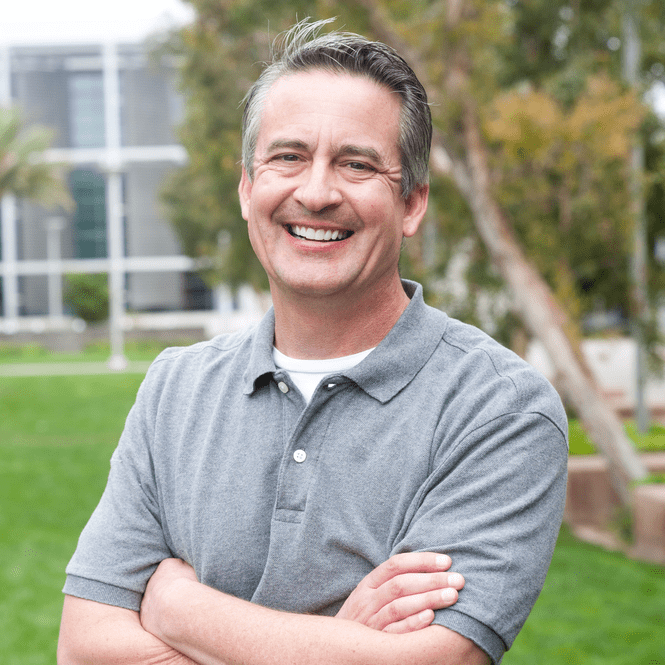 What our customers say

“The security and patience of live-in care has meant my mother has relaxed and her general disposition has improved to no end.”

A dementia diagnosis or arranging dementia care can be a tough moment to comprehend. Among the confusion and worry that these situations can bring, writing poetry can be a great release. This National Poetry Day, we thought it would be the perfect opportunity to share some examples of verse exploring the impact of dementia on those living with it, and their loved ones.

Symptoms of Dementia: What to Look Out for Every dementia journey is different, and not everyone will experience the same symptoms. However, understanding the four

Dementia Care: 11 Signs of Alzheimer’s Most elderly people worry about the possibility of developing Alzheimer’s or another form of dementia as they age. Any

Alzheimer’s: Recognising the Stages There are different ways of categorising the stages of Alzheimer’s Disease, but the three-stage model is commonly used for understanding the

Eight Facts about Lewy Body Dementia Dementia with Lewy Bodies, or DLB, as it is commonly known in the UK, is a degenerative brain disease