We talked to No Isolation co-founder Karen Dolva about the potential of technology to meet the challenge of loneliness in the modern age. 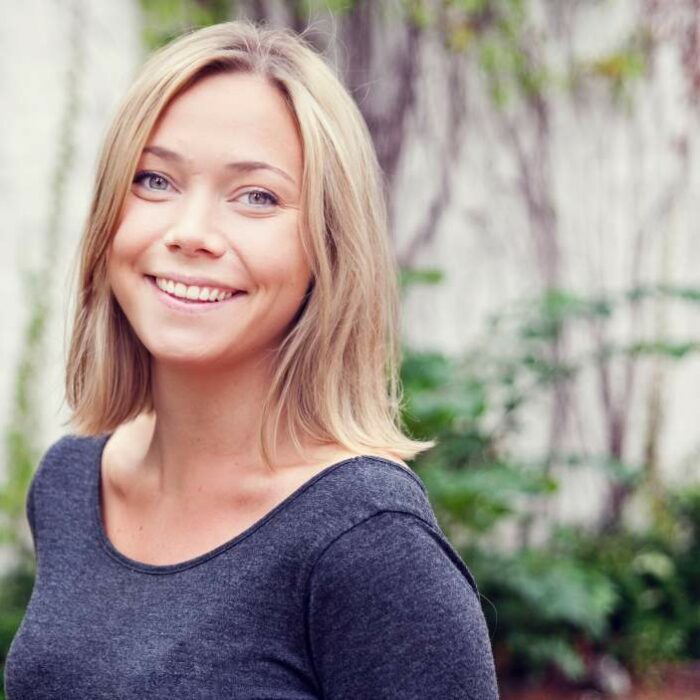 Norwegian start-up No Isolation is on a mission to reduce loneliness and social isolation through technology. Focusing on the groups most vulnerable to disconnection in society, its products include KOMP – a one-button computer that helps people in later life connect easily with family, which recently won UK innovation foundation Nesta’s prestigious Smart Ageing Prize.

Why did you set up No Isolation and direct your focus particularly to loneliness in these two demographics?

Our goal is very simple: to make sure no one has to live in loneliness. We have all experienced loneliness to some extent in our lives and, for me, getting to work with technology that can have a real impact on the lives of vulnerable user groups is a dream come true. Being able to see how our technology is actually helping people stay connected is what drives me.

Social isolation and loneliness strike the most vulnerable groups in society hardest. Two of the most exposed groups are those over the age of 80, and children and young adults living with long-term illness. As such, we are currently working on bringing solutions to both groups.

"KOMP’s aim is to ensure that those in later life don’t have to experience loneliness because of their lack of technological knowledge and that communication between generations across the family is seamless and continuous."

Our first product was the telepresence robot, AV1 – which allows children and young adults who are forced by illness to take extended time away from school to be able to maintain a presence in the classroom, communicate with their friends and socialise. To-date, more than 700 children across Europe are actively using AV1 every day.

Our second product, KOMP, is a communication device that has been designed to ensure seamless communication within the family while focusing on the needs of seniors. The screen is placed at the older person’s house, and family and friends connect with it – and them – through an app.

KOMP has one button, and the content is uploaded and managed through the app. Its key feature is user-friendliness and means that pre-existing digital skills are unnecessary. The older person simply switches KOMP on to receive calls, images and messages.

Where did the idea for KOMP come from – and what makes it so powerful as a piece of social technology?

KOMP started back in 2016 when the Norwegian Cancer Society reached out to No Isolation with a new challenge during the testing of AV1, our telepresence robot for children and young adults with long-term illness. The society wanted us to make something similar for seniors.

Loneliness among older people has become a public health issue. According to Age UK, 3.6 million older people in the UK live alone, with 1.9 million reporting feeling ignored or invisible. This doesn’t just mean that they miss out on the joy of being with others, but that they also miss out on the positive effects that being part of a community has on health.

With this as a backdrop, KOMP was created as a communication tool for seniors and their families, solving the challenges many can face with touch screens and complex user interfaces. An advanced computer lies behind the casing, but there is only one easily graspable button through which the user controls the device. In the autumn of 2018, over 100,000 moments – such as photos, messages and video calls – had been shared through KOMP.

Our aim for KOMP is to make sure that those in later life don’t have to experience loneliness because of their lack of technological knowledge, and that communication between different generations across the family is seamless and continuous.

KOMP recently won the 2018 Nesta Smart Ageing Prize for products and services that use innovative digital technologies to support older people to participate fully in social life – why did you enter and what did it mean to you to win?

We entered the 2018 Nesta and AAL (Active and Assisted Living) Awards because we feel that our beliefs and those of Nesta – and our aims – are very aligned. Nesta believes that innovation is the key to solving a vast variety of problems that are faced by humanity, the ageing population and the difficulties faced by older people being one such example.

And like us, Nesta emphasises the fact that a lot of modern innovation doesn’t consider the real needs of people, which is something that led us to create KOMP in the first place. We felt that while numerous communication tools were available, none of them addressed the needs and opinions of the senior population, or took into account the challenges that new technologies might present to them.

I think innovation competitions like this are important ways in which we can recognise companies that are truly innovative, especially in a space like this that has lacked innovation for too long. And it was wonderful for us to win the Smart Ageing Prize as it further proves to us that there is a real need for a device like KOMP.

Technology use can be very different across generations – how do you bridge that gap so you’re speaking a common “language”?

Technology use is very different across generations – for example, Millennials and Generation Z are introduced to technology as a communication tool very early on, and as such, they can also quickly adjust to new developments whenever they are created.

However, for some older people, technology is more difficult to master, and this can lead to technophobia or a fear of it. During our research for KOMP, we found that in addition to experiencing reduced eyesight and hearing, the fingertips of some elderly become leathery, meaning that a touchscreen device is more difficult to handle.

KOMP is aimed at the person in later life, as well as the family as a whole, with members sharing images, messages and making calls through an accompanying app. We found that not only did this increase contact between the senior and their family, but it also improved communication between all family members, crossing generational gaps and effectively creating a common ‘language’ as you mention.

What is the potential of technology to mitigate or abate loneliness around the world and what is the biggest challenge in this?

I think the potential for technology to reduce loneliness is huge, but only if products are designed together with the users themselves and with their specific needs in mind. There are lots of reasons why people can experience loneliness.

For seniors, we found that something that could reduce feelings of loneliness and provide closer contact with their loved ones, in KOMP. Only by identifying groups that are vulnerable to loneliness and by working with them directly to understand why they are lonely and what can help, can we develop real solutions that will work long-term.