Living with Dementia: What Dementia Teaches Us About Love

Nicci Gerrard talks about dementia, the essence of identity and the questions raised in her new book What Dementia Teaches Us About Love. 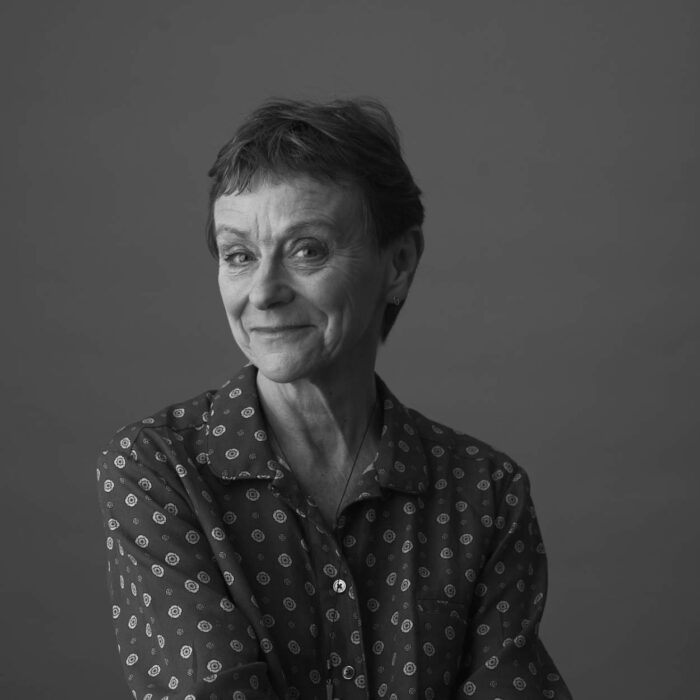 “With dementia the world floods in and the self floods out” – Nicci Gerrard, Author and Co-founder of John’s Campaign, talks about dementia, the essence of identity and the questions raised in her new book ‘What Dementia Teaches Us About Love.’

Why did you set up John’s Campaign – and what is its aim?

My father, John Gerrard lived with Alzheimer’s for more than ten years. Although he was often anxious he was mostly contended, living the life he had had before the illness, although in a diminished form. He had stayed at home with my mother, who he’d been married to for 61 years when he died, and it was only a couple of months before he went into hospital that he had any kind of caring support. Before that he could pretty much look after himself, work in the garden, go for long walks, talk with friends, tease his grandchildren.

I’m a journalist and am reasonably assertive – and my brother is a doctor. We’re the kind of people you would expect to understand the cruelty of those rules and to make a fuss – but we didn’t. I think people often don’t because in situations like these you put yourself unquestioningly in the ‘hands of experts’.

My father went in mobile, articulate, healthy and quite contented – and when I went to collect him I barely recognised him. He was thin, he couldn’t put two words together, sit up in bed or lift a mug to his mouth.

He came home and we looked after him for nine months – we thought that if we fed him, tried to help him walk, read and talked to him, cuddled him and made him feel recognised once more then we could undo the damage that had been done over those five long weeks. Of course it was far too late and we couldn’t.

What happened to him wasn’t just an individual story, it was one that happens to hundreds and thousands of men and women up and down the country. Hospitals are extremely hazardous to those living with dementia, as is leaving home and beings somewhere unfamiliar, and it makes no sense to have a rule keeping carers and family away at exactly the time when they are most needed.

After my father’s funeral, my friend Julia (Co-founder of John’s Campaign) asked me, “why on earth are carers kept away?” I had not asked myself that question properly before; it hadn’t occurred to me to be rebellious and insist on seeing him – which was extraordinary. I thought we have to change this.

The aim of John’s Campaign is that carers should not just be allowed to remain with those with dementia in hospitals, but should be welcomed and we believe that a collaboration between the patients and all connected with them is crucial to their health and their wellbeing.

When and why did you start to write What Dementia Teaches Us About Love?

I started writing it about two years or so after my father died. I knew I didn’t want to write a book about my father, because he was and somehow still is a very private man and even though my father is in the book, it’s not a book about him – he is a thread leading me through it.

And there are a lot of powerful memoirs out there already; I didn’t really think another was needed. But the more time I spent working with people with dementia and those who care for them, the more I felt I needed to write something about it.

What did you want to explore in the book – and to share?

I wanted to show how many different ways there are of having dementia and living with it. I wanted to have lots of voices coming together that would lead the reader through the stages of self-loss and show that sometimes it is utterly horrible and tragic – and sometimes it isn’t.

During my dad’s last months and the first few of the campaign I was brought up short by my own shortcomings. I had thought for so many years that we are made of our memories, but if our memories leave us – are we unmade by that?

I had valued autonomy, agency and self sufficiency so much throughout my adult life – especially as a feminist – but you can really come a-cropper with those ideas when someone has dementia. If I had dementia and lost all the things that I value and think of as what forms me, does that mean I am of less value? Was my father less valuable in those last nine months of his life? I absolutely believe he was just as precious and had to be treated as such.

Of course, he lost his value for himself – he didn’t really have a sense of self, which is something made up of identity, self-consciousness, memory, shame, reciprocal relationships, purpose – all those things that make us citizens in the world. It gets lost during dementia, which is harrowing. But there is something else that remains, and that can be rather magical actually. You can lose everything and you still don’t lose yourself. That was something I wanted to think about.

I wanted there to be a narrative in it and for it to be a deeply emotional, personal book but also quite abstracted, philosophical and dispassionate. I wanted it to have lots of different distances in it.

And I wanted to think about soul, vulnerability, spirit and essence – but also to think about that daily-ness of dementia; what’s in the fridge, what people say, how they say it and how people cope with it in a daily way.

Of the many questions that needed to be asked in the book – did any of them have answers, or even need to?

There are certain things I think there are clear answers to – practical things, like there should be more money and help available. We’re the 5thrichest country in the world and yet people are dying in need, poverty and loneliness.

In terms of bigger answers though: it should not be left to individuals to cope with dementia, but it mostly is – especially in older generations where people think of caring as part of a pledge and a duty so they deal with alone and don’t ask for help.

We need to realise this is a collective problem, and that we’re all responsible for it. The start is to become more aware. Once you start thinking about vulnerability for example, you start noticing it – you notice if someone is standing stranded in a supermarket aisle, or wandering along the road looking lost. And it doesn’t take much time out of your day to stop for a minute and try and help.

"I had thought for many years that we were made of our memories, but if our memories leave us, are we unmade by that?"

In turn, that means not treating people with dementia as if they’re objects not subjects. They are often treated like they’re problems to be dealt with. There is a problem, yes – but they are not the problem.

Does the idea of vulnerability threaten us, and do we as society avoid talking about dementia because of it?

There’s a special terror about dementia. It brings fear and shame about the loss of control and so people often don’t speak about it. They try to hold it at bay. There is also disgust. A lot of dementia is very bodily – shame is usually bodily.

From the age of one onwards we are taught to keep ourselves under control in all sorts of different ways; how not to be incontinent, how not to speak all our feelings and so on – and that creates a necessary barrier between our self and society. This unravels during dementia – and that’s terrifying. With dementia the world floods in and the self floods out.

So what does dementia ultimately teach us about love?

When I say love in that sentence I don’t just mean the love of individuals for each other (though there is that of course), but that there is a porousness about being human. We’re not sealed-off systems, and there is something moving about frail, forgetful and scared people being among us and us ‘holding’ them and holding their sense of self when they are no longer able to do so; of holding their memories for them. I’m not religious but there is a kind of spirit or essence about that – ultimately, being human and alive is more than just thought or knowledge.

There is a lesson to be learnt about collective humanity and how in the end we’re all at each other’s mercy. We hold the world in common and we have to remember that. This is not just about dementia but about being alive in this world of ours. We’re here for a short amount of time, and when you strip everything away, what’s left is us helping people who need us and being helped in our turn.

*What Dementia Teaches Us About Love is published by Allen Lane (£16.99).*