We talk to Dr Arthur Roach, Head of Research at Parkinson’s UK. 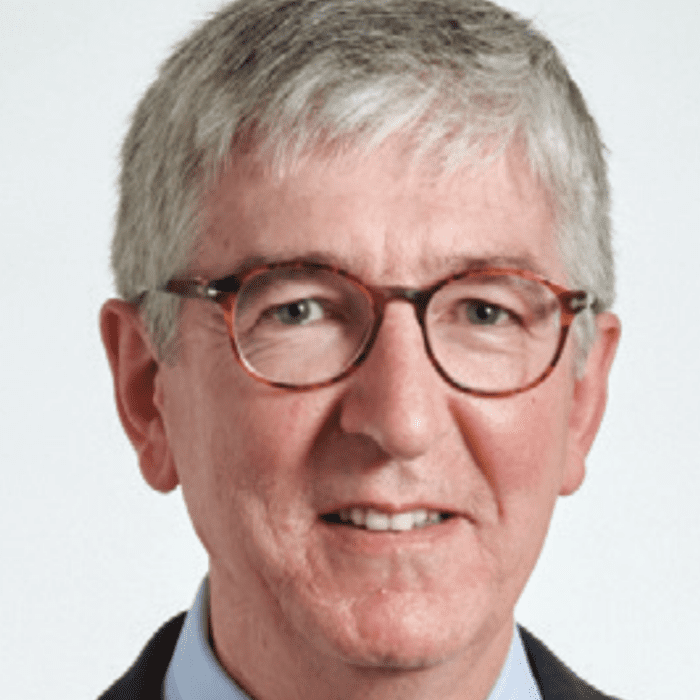 Parkinson’s is a progressive neurological condition, for which there is currently no cure. However, breakthroughs in treating early symptoms and understanding underlying genetic causes mean that it is an exciting time for scientists in the field. Dr Arthur Roach, Head of Research for Parkinson’s UK, sees much in the latest research to feel positive about.

What do people want to see in Parkinson’s research, and has it changed over the years?

Parkinson’s is going to affect over a million people alive in the UK today, and everyone wants to see a cure – or at least a treatment that will stop or reverse it. However, those living with Parkinson’s for a number of years can see that it’s not going to come suddenly – it is something that will come in some years, and step by step.

In the meantime, there are symptoms of Parkinson’s – especially motor symptoms in the first five or ten years – which can be eased by certain treatments quite successfully in many cases, with existing medications. But there are other symptoms for which there is still nothing that is effective, and therefore there is still a big need for symptomatic treatment.

Many people also want the opportunity to participate in research and to be involved in clinical trials, with access to experimental treatments that are promising but not yet available in regular clinical practice.

Doctors and researchers know something about Parkinson’s, but that’s not the same as living with the condition, so many don’t necessarily know how to design a trial for the participation of people with Parkinson’s.

We work with researchers and clinicians to improve the design of clinical trials for people with Parkinson’s – so that they can more easily take part and not have to withdraw – making trials more effective.

Things to consider may be what testing they can do at what time of the day, how often can they go to a clinic that’s miles away at a particular stage in their condition and so on.

People with Parkinson’s want to have a chance to have some input on this, and Parkinson’s UK tries to facilitate that and to bring it to the attention of researchers and drugs companies.

"It’s been an exciting time for scientists in the past 10-20 years, and a huge amount of progress has been made in understanding the underlying causes of Parkinson’s."

What are the biggest impacts of Parkinson’s on the quality of life of someone with the condition?

Parkinson’s is a very complex condition. The majority of Parkinson’s diagnoses are in later life, but people can develop it at a younger age. Also, some people develop symptoms rapidly, some less so – and not all people have the same symptoms.

Symptoms that lead to diagnosis are usually dominated by motor symptoms – slowness and the textbook tremor, usually on one side of the body. However, often the first indicators of Parkinson’s might not actually be a tremor, but stiffness, a painful shoulder, sleep difficulties or constipation.

In the early stages, many of the motor symptoms are reasonably well treated by the medications we have now, which work through the dopamine pathway.

These are the non-motor symptoms, and there is much less that is available to control them. By the time someone is ten years into the condition, there will be many aspects of their life that will be affected, both for them and for their family.

In later stages, there is often a major dementia component too, which makes care and treatment for Parkinson’s even more complex.

"Exercise can make a huge difference to people with Parkinson’s, but especially, it seems, exercise programmes that are vigorous."

Is one of the biggest misconceptions about Parkinson’s is that just involves tremors?

The thing that people see most easily from the outside are the motor functions – the tremor, stiffness, shuffling gait, difficulty in getting up and initiating moving – so this is what most people associate with Parkinson’s.

However, there are many ‘hidden’ non-motor symptoms, such as constipation, sleep difficulties, loss of smell, confusion, and later there are even more severe cognitive issues.

Where is research in terms of understanding what causes Parkinson’s?

It’s been an exciting time for scientists in the past 10-20 years, and a tremendous amount of progress has been made in understanding the underlying causes of Parkinson’s. A lot of that is through genetic research.

We have found a number of genes that either help cause Parkinson’s in some people, or contribute to an accumulated risk of Parkinson’s in others. And we’re at the stage where these genetic understandings have led to new potential medications, which are reaching the stage this year when they are being tested on patients for the first time.

Early Parkinson’s is also an attractive candidate for gene and cell therapy because the motor symptoms early in the condition are due to a relatively small population of cells, and we know exactly where they live in the body.

In later-stage Parkinson’s, however, many more brain areas and also cells outside the brain are affected, and to target all those cells in all those parts of the body is far more difficult.

If your loved one lives with Parkinson’s, find out if live-in care would suit their needs HERE.

Read our guide, Mobility and Independence, for tips on how to live well with reduced mobility.

Have any lifestyle factors been identified in the development of Parkinson’s?

That’s an interesting area. It can be a little hard to tell about the effect of a factor on delaying or preventing Parkinson’s when you look at data sometimes, but one thing that certainly seems to be important is exercise.

This could be because it’s reducing the damage or perhaps just because it is making people stronger, have better balance and be more resilient.

Exercise also improves people’s mood. We often hear that people with Parkinson’s who experience depression and anxiety symptoms are helped by keeping active.

So we know that for many reasons exercise can make a huge difference to people with Parkinson’s, but especially, it seems, exercise programmes that are vigorous – not riding a bicycle slowly for three hours, but riding it like crazy for 30 minutes, is more beneficial.

And one of the things Parkinson’s UK does is try to ensure that the right types of exercise classes are available to people with Parkinson’s everywhere in the UK.

Diet doesn’t seem to be a terribly strong lifestyle factor in developing Parkinson’s. 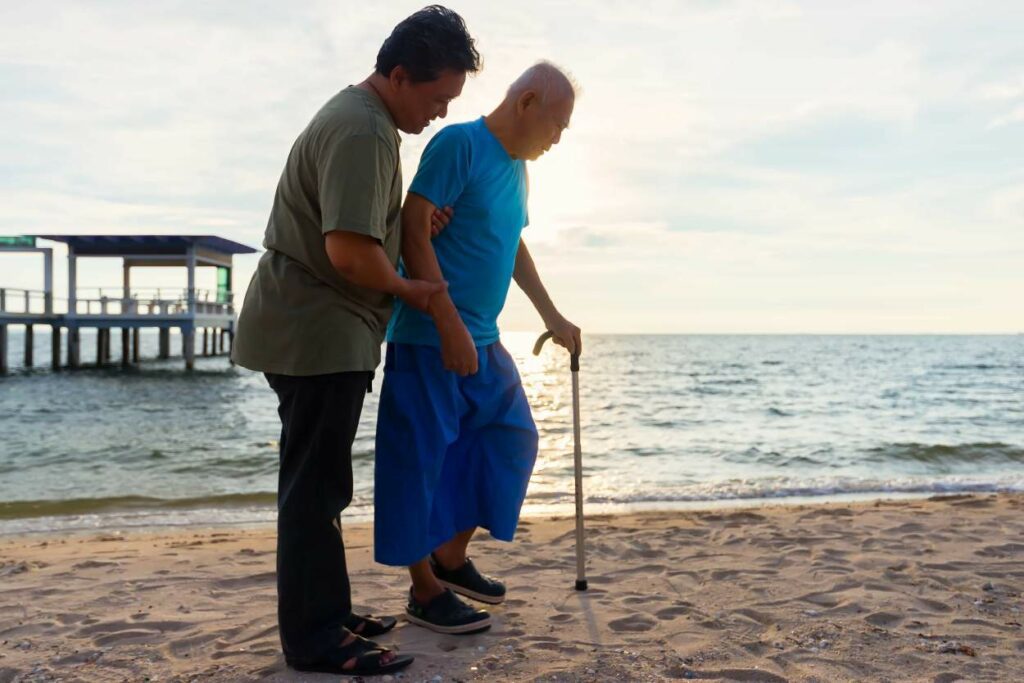 What are the challenges for a carer of someone with Parkinson’s?

It’s incredibly important for the person with Parkinson’s to have the right support, and people who are understanding of the condition – and there’s a lot of education needed on everyone’s part.

When people are first diagnosed with Parkinson’s, their understanding is usually rudimentary, so they and their carers need to understand that many things which they might never have thought of as Parkinson’s are actually part of the condition.

I’ve had people tell me that for several years before they were diagnosed, their wife was scolding them, saying, “You walk like an old man, hurry up. You’re always the last one,” – and they later realised this was actually the beginning of the Parkinson’s.

It takes more and more time and effort to care for someone with Parkinson’s as the condition progresses, and they may need support as well as education. Parkinson’s UK does what it can to help those people who are carers, as well as the people directly affected.

What is the biggest gap in our knowledge about Parkinson’s, and what would you like to see in the next five years?

I think it has to be around stopping the progression of the condition. We believe there are probably a number of genes that contribute in different ways, but they all seem to feed into a common mechanism – because for some reason it always starts with those same cells.

These cells are like the canary in the coal mine; they are the first to have real problems when the ageing body, combined with susceptible genes and oxidative stress, starts to create problems.

A better understanding is needed of the common process that’s leading to that second stage – whether it is genetic or environmental, or several things. Once we are clear on that, then there is a tangible process which new drugs can be developed to effect.

Medications in development are actually designed to target some of these things, and maybe in five years, we’ll have the answer.