The Hidden Housing Crisis: An Interview with Lord Best

Ahead of last year’s general election, we discussed the pressing issues of social housing in the UK and the political landscape around them – and asked where we go from here in averting a looming accommodation crisis for older people. 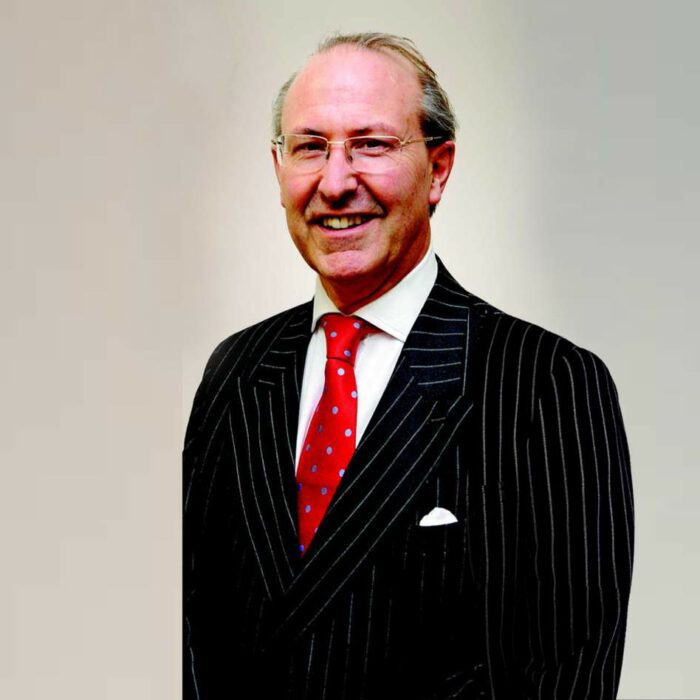 British social housing leader, Lord Richard Best is an independent crossbencher in the House of Lords and Chair of the All Party Parliamentary Group (APPG) on Housing and Care for Older People.

What is the scale of the challenge the UK faces in terms of social housing for those in later life?

The crisis for older people is a hidden one and contrasts with the obvious and immediate housing problems for younger people, where 85,000 people now live in temporary accommodation because there’s nowhere for them to go.

Older people also have an added disadvantage in that those in the worst circumstances often own their own homes – and are therefore harder to reach or help in a crisis. In the case of one elderly person I heard about recently, the central heating might not have been working for 12 years, or there can be a need for repairs because the roof is leaking or the stairs now pose a hazard. So, I think this issue is a difficult challenge for politicians.

"At the moment we don’t really have any funding quotas or target numbers for housing for older people, and we should, because ‘if you can’t measure it then it probably doesn’t exist.|"

People are also proud or shy about coming forward, and the amount of help available is limited. Improvement grants to help upgrade property were abolished some years ago, but disabled facilities grants still exist. Funding for accessibility is also still okay, because everyone knows that if the home is inaccessible then that increases the need for social care – or the likelihood of accidents that will cost the NHS.

But otherwise if you are an owner-occupier you are pretty well on your own in a lot of respects. There aren’t funds that will put in new central heating for you, even if that would save substantially on heating bills. So, it’s a tough world for the owner-occupied elderly person in poor conditions.

How will the challenges change with future generations?

At the moment, renting in later life is not a crisis but it will become so as the years pass and the demographic of older people in unsatisfactory homes being largely owner occupiers changes.

‘Generation rent’ is coming through, people for whom home ownership has become financially too difficult to achieve – and these are the ones who are going to run into serious difficulty financially because the private sector absorbs more income than social housing. When people retire, their incomes roughly halve and when that happens, a large number are not going to be able to stay in the private rented accommodation they’re in at the moment.

They will have to downsize to somewhere secure, with lower rents. But where are all these homes? We estimate 1.5 million extra people over pension age will be living in the private rented sector in 25 years’ time and that the income required to pay the rent for at least 630,000 of them will be insufficient to allow them to remain where they are.

So, government has got to get more generous about paying housing benefits and it is not minded to do that – we’ve seen freezes, cuts, ceilings and caps on housing benefit – or people are going to need to downsize to somewhere else that doesn’t yet exist.

The APPG’s report Rental Housing for an Ageing Population tells us that we need to be heading off the crisis now – by creating social housing that’s secure, long-term and relatively inexpensive.

Why is supply not keeping up with demand in terms of building social housing for older people?

This is a crisis that is building slowly and it’s not until people are actually have nowhere to go, that a [housing] crisis becomes very open and real. When I was Director of the National Housing Federation in the 1980s, 40 percent of new homes built by housing associations were sheltered housing; now that figure is down to about five percent.

The major house builders such as Persimmon and Barratt Homes do a miniscule amount for older people because that’s not the market they’re interested in. And it’s not the market that the housing associations concentrate on either. So, we’re neglecting the bigger picture because of the immediate crisis for younger households, and this will catch up with us in the next two decades.

Is it a uniquely British thing to stick our heads in the sand and what could we learn from other countries in dealing with later life housing issues?

I led an exercise in which we visited seven other European countries and looked at how people behave in later life. In most, it was a natural thing for people at 55 or 60 to say, “we are rattling about in a place that’s too big for us. Now’s the time to move into something more suitable for the next 25 years, so we don’t have to move out again – and we may be able to cash in on some equity as part of the process”. Whereas the British attitude is to hang in there and say, “they’ll have to take me out in a box”.

Culturally home ownership has been so important to us that we postpone moving until it becomes impossible to hang in there any longer, by which time of course, we don’t get much choice in the matter. We are then under pressure to move quickly and possibly even to go into residential care.

Future generations with a greater rental profile, however, will see things differently. I think there will be great willingness to move by those in the private rented sector, for whom rents will suddenly become extraordinarily burdensome. But the social landlords need to be getting their act together now and producing the homes suitable for people to move to.

Along with infrastructure, what else does a successful national rental strategy demand?

To make it work, one has to be more interventionist in the marketplace. Planners need to see demographic change coming and say to house builders that – for example – within a 500-home development, they want two blocks of 25 homes specifically for older people.

And it requires more of a push from central and local government before we can expect any greater changes. Leaving things to the market and to big house builders is never going to produce the right result.

"The appetite to deal with this issue just isn’t really there and I don’t detect any of the parties feeling any great sense of urgency to create homes for people over pension age."

At the moment we don’t really have any funding quotas or target numbers for housing for older people either, and we should, because “if you can’t measure it then it probably doesn’t exist”.

How has Brexit impacted on the will or ability to find solutions?

It hasn’t made much difference yet, although quite a few of the building workers that we depend upon from Poland and other Eastern European countries have gone home, which is not good. If we do crash out from the EU, we would probably be in serious trouble in the building industry and social housing world.

Interest rates will probably rise, and we will get more foreign buyers coming in, and as the pound gets cheaper for them it will mean fewer people being able to buy within this country. There are already plenty of barriers to solving this crisis and if the economy takes a turn for the worse that will not be good news.

Are you critical of the way that governments have handled housing issues for older people?

We always seem to wait until there’s a crisis, and then try to fix it. That’s not the way to do things. If you can clearly see a crisis is coming, you have a window of opportunity to do something about it.

The role of my APPG is to alert people to the hazards ahead and try to ensure that something happens. Unfortunately, the most likely scenario is that not enough happens now, and we crash into the buffers in the years to come.

We will then have to rush around, spending far more than we would have done, and put in remedial measures to try and catch up again. It would be so much better to have the foresight to get on with the job now.

I’d like to see the private and social sectors working together to create 30,000 homes a year that are tailor-made for older people, which represents 10 percent of the government’s target of 300,000 homes a year. That’s realistic and sensible and gives us enormous value for money, not just in social care savings, but in releasing the family homes – including council houses – that the next generation so badly needs.

Where do the political parties differ in their vision for social housing in later life and who really has the will to take this on?

I don’t detect any great difference between the parties on this, although thankfully there is a general view though that we do need a lot more social housing than we’ve been building in the last 30 years.

Theresa May made some important changes that allowed local authorities to borrow again to build new council housing. She also presided over additional allocations of resources for social housing and social rents, that is proper low rents that people can afford if they’re on low incomes. But the appetite to deal with this issue just isn’t really there and I don’t detect any of the parties feeling any great sense of urgency to create homes for people over pension age.

I think that how we are going to pay for social care will continue to dominate the agenda for now, and housing will be neglected. And if so, that will be a failure by my APPG not to achieve greater attention for this issue – but it is a struggle.

This interview was part of a series brought to you by Elder, the company who can take care of all your loved one’s live-in care costs. Wherever you’re looking for live-in carers in the UK, Elder have you covered and will ensure that all of your care needs are taken care of.