How Faith Communities Can Support Living with Dementia 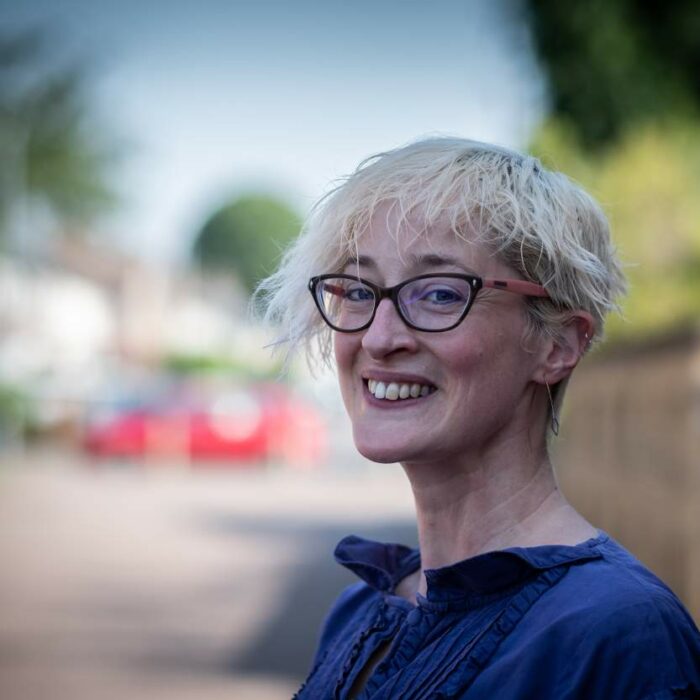 How can faith and faith communities play a role in supporting those with dementia and their carers? We talked to policy advisor of FaithAction and author of Building Dementia-Friendly Faith Communities, Rodie Garland about what faiths can offer in terms of community for those living with dementia – and what they can teach us about the bigger questions of self-identity and value.

Why did you write Building Dementia-Friendly Faith Communities and is faith an area that has been neglected in the dementia space?

We knew that it was an area of priority for the Department of Health, or the Department of Health and Social Care as it is now, and Public Health England, and the issue is something we thought we could have a say on, so there was a policy driven angle. But for two years now we’ve also been doing work in the mental health area, looking at how faith organisations have something positive to contribute there.

Through our work on that and talking to faith groups we’d had quite a few people say to us, ‘We haven’t done anything on this – but we do run dementia friendly church services’. We got the impression – which hasn’t been corrected so far – that actually faith groups have probably thought more about dementia than they have about mental health – and that there were things to say on that.

And then of course it means making your building more dementia friendly, so having it well lit and with really clear signage – not just to have signs that just go to where the toilets are, for example, but to have signs to show people how to come back from the toilets.

"Faith groups can offer valuable support in terms of helping people grapple with questions like, ‘am I still me?’ ‘why am I here?’ and ‘what is my value?"

This can be tricky, especially if the building is old. You can’t always make adaptations to churches, but there are some things you might be able to do if you know what is needed. And importantly personal connections such as making it clear that it’s ok to get up and walk around if that’s what you or someone you are caring for needs to do and that no one is going to stare at you and tut.

Do faith communities differ in how much they have considered dementia issues?

Faith Action is a multi-faith network and with the report we wanted to produce something that would, as far as possible, be applicable across different faiths and to get examples from different faiths of best practice.

I would say faiths do differ in their approaches and awareness. I think churches are a lot more ahead on it from what we know – but the caveat is that churches tend to communicate and talk about what they do and have websites, distribution networks and hierarchies and it’s just easier to find out what’s going on. With many other faiths, even if they are doing other stuff they’re not necessarily putting it online or publicising it so it’s much harder to find out about.

Dementia friendly churches is a known thing, as is the Dementia Friendly Gurudwaras project but I would say for many other faiths it’s more a case that individual places of worship may or may not be thinking about dementia.

Was it important in writing this resource, Dementia Friendly Faith, to inspire people to do something within their own faith community to make it more dementia friendly then?

Yes, totally. There were three things we wanted to do with the resource and one of them was to get people to think, ‘oh, they’ve done this, maybe we could try it too,’ the second would be to highlight the positive things that faith groups are doing given that a lot of what you hear about faith is not necessarily positive. We think faith groups do play a significant and constructive role in society and we want to highlight where that is happening.

For example, one thing that is in the publication is an initiative in Cumbria driven initially by just one man but which has evolved into a local ambition that every church in Cumbria should be dementia friendly by 2020. They’ve worked really hard towards this, by encouraging each church to nominate a Dementia Enabler, a person who is a champion for that church and whose job is to help everyone see how dementia is everyone’s business. I think that’s a really good model.

And then the third thing we wanted to do was to educate people about what dementia is – and ways of reducing the risk of even having dementia which many people don’t realise is possible at all.

What can faith offer those living with dementia and their carers?

We would say is that the one thing that faith communities offer that is unique is that they tend to stick with someone and don’t just give up and walk away from them when things get harder or when they stop getting something back out of it. Faith communities would see a duty to care for that person and show them love and compassion right up to the end of life.

In terms of what faith communities offer I’d split it into three categories. Firstly, practical support – which actually in some respects you don’t have to be a faith community to offer – with day-to-day life, helping people with transport to places for example, but also giving them opportunities to keep functioning as part of a community.

One of the examples we have is someone in a Sikh gurdwara who has always served langar, which is the food. Sikhism puts a big emphasis on volunteering and serving and just because someone has a diagnosis of dementia it doesn’t mean that they have to stop doing that. They might actually be able to carry on in that role with support for a really long time and that could be really meaningful to them and help them feel part of their community.

The second offering is the kind of activities or actual faith services that are specifically aimed at supporting people living with dementia and their carers, so a lot of faith groups might run a teatime club or a film club or that kind of thing. And then finally they can offer signposting to other services.

Faith communities can also play an important role in helping overcome stigma around dementia – which there definitely still is in some communities – and part of the issue is that there is no word for dementia in some languages, and no concept of it beyond either it being a normal part of ageing, which it isn’t, or as a ‘mental illness’. So having people within faith groups who are able to encourage people to talk about dementia, and are armed with information can really help.

How important is the spiritual aspect of a faith community in supporting someone living with dementia or their carer?

Faith groups can work well as a support network for anyone who needs the support in a spiritual and emotional way, and that would apply to carers as well as those living with dementia. The spiritual aspect of faith can help people have a sense of belonging and identity that continues even though there might be other things in their lives that are really hard.

For people who have dementia it offers a rhythm of life and a way for people to connect with other people and their faith. That can involve things like old hymns and prayers that they’ve known since childhood, which can definitely carry on being really meaningful even after they’ve lost a lot of their words.

"One unique thing that faith communities offer is that they don’t walk away from someone when things get harder. They see a duty to care for that person and show them love and compassion right to the end of life

Then there are things that faith groups can offer in terms of helping people grapple with questions like, ‘am I still me?’ ‘why am I here?’ and ‘what is my value?’ An academic called Peter Kevern wrote an excellent article on about how in our society the dominant idea is, “I think, therefore I am” and that is how we define our self. Dementia obviously massively challenges that, but faith has a counter to that which is ‘I am because God has made me…and that is how I get my value’.

I think it’s interesting and actually very helpful to people who don’t have dementia as well as a challenge to think, ‘what am I basing my sense of self on?’ We can feel that we’re independent because we can make choices or we feel like we’re almost immortal in a way because we have memories and plans. Or we can feel that we are significant because we’re useful and we can do these different jobs.