For many comics are a medium of entertainment, but a new micro-comic Parables of Care presents true stories of responses to dementia care. 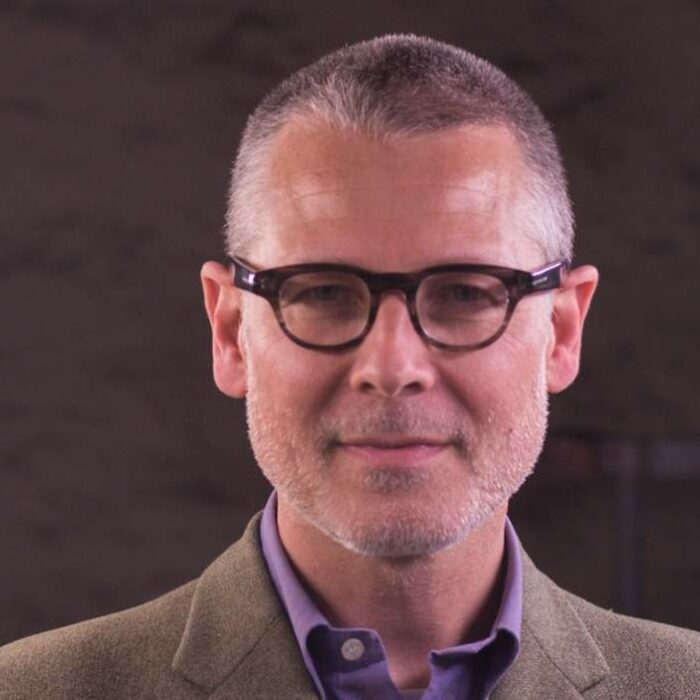 Parables of Care is a 16-page micro-comic that presents true stories of creative responses to dementia care, as told by carers and adapted from 100 case studies. Co-creator and illustrator Dr Simon Grennan talks about challenging our expectations of what the comic register is, and the form’s power to present complex information in an accessible way and inspire an emotional response.

How did Parables of Care come about?

The project came about through the interaction of three partners – myself, working at the University of Chester, Dr Ernesto Priego at the Human-Computer Interaction Design Centre at City University, London and Dr Peter Wilkins at Douglas College in Vancouver, Canada.

All three of us are interested in the ways in which the cartoon form can represent and incorporate certain types of emotional response.

A number of years back, a group at City had investigated ways in which they could make an app that could share good practice in dementia care – an initiative called Care’N’Share – and worked with an NHS trust to collect carers’ responses to particular challenges in caring for those with dementia in different situations.

This particular app didn’t evolve past the pilot stage, but it left an interesting dataset written by carers themselves. We came across this and thought, “How might we make use of that to see whether the comics register can tell some of those stories in a way that affects people differently?”

In most people’s minds, comics are about entertainment – how does that idea translate to something like dementia?

I think that’s true. And we shouldn’t throw that out, because although the experiences of dementia and dementia care are serious, the comic form can represent those things, and at the same time bypass our expectations of what a comic is.

Comics can deal with serious issues and situations in a way that is engaging, where the seriousness itself is rendered less problematic by the form. Information that is conveyed through visual storytelling is immediately more effective and memorable, even, than say, text alone.

That’s something we were trying to look at ourselves and build on. So the ‘comic-ness’ of comics, the light-heartedness of them, is something that is important for the reader.

People say, ‘I had to read [the comic] again and again because once I started, I realised that fun or accessible didn’t mean frivolous’.

Do visual messages mean that comics can go past the intellect and straight to the emotions?

We have emotional responses to every kind of medium, but there is something about the visual where a great deal of information can be very specifically shown, and you get the whole picture – literally – by looking at things in a way that you don’t with text.

With sequences of storytelling images, you get the immediate impact of being able to see everything at the same time. And what you’re looking at is always just what it is – it’s very specific.

That means that with comics we have a quick way to render complex situations with great accuracy and immediacy.

One of the interesting things about the Care’N’Share dataset is the way in which the information was arranged because it rendered specific situations into easy chunks: who was involved in the situation, what the situation was, how people felt about particular types of activities and what the carer did next.

The challenge for us in drawing Parables of Care was how to get to that moment where the reader thinks, “I understand what’s going on in a complex way – and I can apply it to myself.”

Did you specifically choose four frames as a comic format and why?

A parable is something where the particular situation in a story has parts, or relationships, that can be applied to any situation. So you tell a parable as an example, but the important thing is that the system of relationships in the story can be applied by anybody to their own situation. That immediately gave us our title for the comic.

We know comics pretty well, the three of us, and there is a comic style that is absolutely meant to do what we were trying to do – a Japanese Manga form called yonkoma.

Yonkoma comics have specific rules. They are four-cell comics, with situations that put the reader under a bit of stress because things are ambiguous.

The first cell sets things up, the second develops the action, the third is the development of crisis, or something unexpected, and the final cell is about resolution.

Following that structure, we had to tell the stories with great economy, so we had to be incredibly careful in what we were showing and how people were reading it, but also we were able to use it to disorient the reader.

And one of the beliefs about yonkoma as a form is that the further you can push the reader to incomprehension in the comic, the better the yonkoma will be.

We could describe our comics as parables because this ambiguity means you make your own sense of them, and that comes from your own sense of what you’re doing yourself in your own life, so it’s applicable across other situations.

There’s also something about the creative responses to dementia care where nobody, in a sense, knows precisely what’s happening – and that reflects the experience not just of dementia care, but also dementia itself.

What responses have you had from carers who have read the Parables of Care?

We were filled with trepidation when we made the work because we had taken quite a radical approach to the stories. We thought, “Oh, crikey, is it going to make any sense to anybody?” – but that’s common in any creative endeavour, I think.

If you look at one of the parables, Identical Outfits, for instance, there are a number of ways to read it, all of which could make sense.

So that gives you, as a reader, a particular sensation of what the resolution in cell four might be. But of course, the person being cared for in the four panels is wearing exactly the same clothes throughout – even though in the second panel she is distressed about being asked to change her clothes.

We don’t spell out whether they are new identical clothes or not in the final frame. That is for the reader to interpret. That’s literally the power of comics: what’s shown is shown, and what isn’t shown isn’t shown.

Is there anything about dementia that lends itself particularly well to this medium?

You feel aspects of this disorientation in the comics, the temporal kind of shifts where the world is transforming itself for somebody who has dementia, and at the same time, the carer is trying to understand what those shifts are all about for the person.

What’s next for the Parables of Care project?

We are still distributing the comic, and collecting as much data as we can about readers’ responses. We have distributed over half of the editions, so about 500-odd copies of Parables of Care so far.

After this, we need to do a bit of evaluation. It actually feels as if this has been a preliminary project. We need to ask some more detailed questions about exactly how particular types of confusion in reading prompt certain emotions more than others.

Alongside the comic, there is also a blog, Parables of Care, where you can see the responses to the work, to-date. Most of the responses are from professional carers, but there are a small number from family carers – and everybody has said the same thing in different ways: there’s a clarity to the form, they like the comic, it’s upbeat, they like the way it’s drawn, it’s fun and it’s easy.

There have also been some situations where readers have reported a kind of ‘ambush by the form’, where they thought they were reading one kind of thing, and then suddenly realised that actually, the situations portrayed are serious real-life situations.

That combination of different emotions results in people being touched.

And within that, there’s an interesting thing where people often say, “I had to read them again and again because once I started, I realised that fun or accessible didn’t mean frivolous”.

This interview was part of a series brought to you by Elder. Whether your are looking for live-in carers in London or require assistance in another part of the country, Elder will ensure that all of your care needs are taken care of.

Tracey Shorthouse was diagnosed with early-onset dementia at the age of 45. Now 47, she talks to us about how her life has changed and the challenges – and opportunities – to keep independent and engaged with life.

Learning Disabilities and Dementia: Providing Effective Care for Those with More Complex Needs

Research indicates that people with a learning disability are more likely to develop dementia, and earlier. For MacIntyre’s Emma Killick, it’s vital that boundaries are broken down between specialist healthcare organisations and charities in order to respond to a complex set of needs.

Living With Dementia: An Interview with Chris Roberts and his Wife Jayne

We talked to Chris Roberts and his wife Jayne about the perceptions of dementia, the challenges for families on diagnosis and the power of working together as a husband and wife team.

Seizing Control of Dementia: Agnes Houston Didn’t Shrink Away From Her Diagnosis, She Rose Up To Meet It

When she was diagnosed with early age dementia at the age of 57, 12 years ago, Agnes Houston found there was little information or hope around her condition. She decided to take control of her life and work to leave a legacy that would allow people living with dementia to stand up and be citizens, rather than victims.