Age-Friendly Manchester: Amplifying the Voice of Older People in Society

Susan Cooley talks to us about how far Manchester has come, and how far there is still to go in realising the vision of a genuinely equal community where everyone feels they have a place. 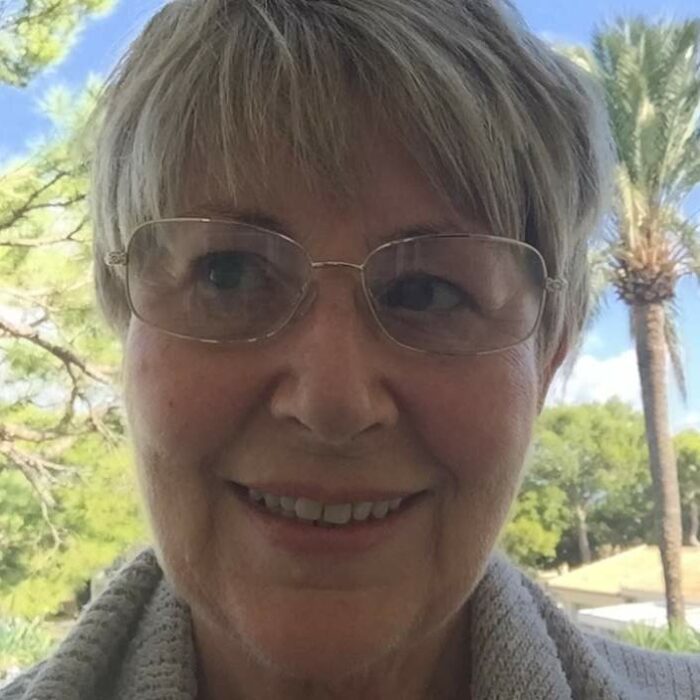 Part of the Age-Friendly Manchester programme since its inception in the late ’90s, Susan Cooley has been at the forefront of the city’s move to age inclusivity. In 2010 Manchester was granted Age-Friendly status by the World Health Organization – becoming the first UK city to gain this recognition.

What is Age-Friendly Manchester and how did it come about?

We’ve had a huge ambition to make Manchester an age-friendly city since the end of the 1990s. Back then I was the committee Chair of our social services, with responsibilities for older people.

Working with the then-Government on the Better Government for Older People initiative, we launched our Valuing Older People work programme in 2003. The ten-year Manchester Ageing Strategy followed in 2009 – and was recently updated in 2017.

We chose to place our work programmes under the equalities work stream, and we did that very deliberately because all of us, whatever age we are, are citizens first and foremost – and we wanted to reflect that in the work.

Importantly, our work is about inclusion – not just about older people, but intergenerational work and bringing generations together, especially in the work we do around combating loneliness and isolation.

Why was Manchester one of the earliest and most successful adopters of the age-friendly city concept?

We’d been working toward becoming an age-friendly city long before the WHO designation, and we had decided, as I mentioned, that our strategy was going to be as much about equality as it was about health and social care, per se.

"My idea of what makes something ‘age-friendly’ has changed as I age, myself. I’ve come to realise that it is much more about having a voice, being heard and being seen."

We also knew that if we wanted to have an age-friendly city, where people wanted to live and which had strategies to help people be more resilient as they age we also needed to work with partners across Manchester.

Any real change couldn’t just involve local authorities focusing on social care – there had to be a whole wider engagement in public life, culture and everything else that goes toward making people emotionally happy and being able to age well in their lives.

Also, to be able to change policy and practice as a city, it was clear we would need research evidence to help to influence and persuade our partners. As such, we have worked from the beginning in close collaboration with the universities – as part of the Manchester Institute for Collaboration into Research on Ageing (MICRA).

How far have you come and how far do you have to go toward becoming a truly age-friendly city?

When we started the Age-Friendly Manchester journey I was in my late 40s, and I am now coming up for 67, so I have grown with this programme over the years. And interestingly, my ideas of what makes something ‘age-friendly’ has changed as I age, myself.

I’ve come to realise as I’ve got older that being age-friendly is more about having a voice, being heard and being seen than anything else. When I was younger people used to say to me that as you get older no one really wants to listen to your voice – and I’ve come to learn the truth of this.

Too often the culture of large organisations ignores the contribution that older people can make, fails to acknowledge our needs – and even overlooks our spending power.

How do you amplify the voice of older people in society through the programme?

Whatever work we undertake we start by consulting with older people and listening to them, wherever they are, and we ask what they think will help us to make their area age-friendly – because what works for people in one part of the city, may not be the same as in other parts.

"We have to learn to shout louder as older people – and people have to start listening to our voice."

To further this, we’ve set up local neighbourhood networks in Manchester which sit well with our locality health networks.

It’s important to recognise that “the elderly” is not one big homogenous group though, and listening to the voices of older people in our various communities and recognising that our ageing population is made up from three or possibly four generations is vital. People are not just an “age” – they all have different experiences and expectations for the later years of their life.

The thing that comes through loud and clear in all our work though is that older people want to stay involved. They want to be included – in their community and society.

Those who contribute to our local networks are also free to attend our twice-yearly Manchester Older People’s Forum. Here, we try to fill the Town Hall with as many older people as we can to talk about the things that are happening in the city.

It’s also a really useful opportunity if we’ve got big areas of policy change happening, allowing us to talk to our older people about whatever is on the table, and get feedback.

We also have an Older People’s Board – our steering group if you like – made up of people from the forum, local networks and some people who are appointed because they have expertise in certain areas.

This meets on a regular basis with council officers and people involved with transport, health and culture and many aspects of the life of our city.

I don’t by any means think that’s ‘the voice of older people’ box ticked, but we’re learning all the time, and I am sure as the networks grow we’ll have even more ways of hearing people.

How important is awareness raising in terms of attitude change, and how do you do it?

It’s incredibly important, and we do it in a number of ways – from celebrating and highlighting the work that so many older people do in families and local communities to challenging employers to employ older people and encouraging them to adopt flexible working that can reflect the caring responsibilities that many older people have.

The other big thing we do to help change attitudes among older people themselves in Manchester is our Cultural Champions programme. Manchester has theatres, art galleries, special interest groups – and lots of other rich cultural resources.

However, we found that older people from the outskirts weren’t coming in to use them and that even the older population living in the city weren’t really experiencing what was on offer either.

When we started to talk to older people about why that was, they said they felt uncomfortable and that they didn’t feel included. So we got older people together with the city’s big arts organisations to talk about how to include older people, and it developed from there.

We now have Cultural Champions, people who experience what’s on offer in the city and then go and spread the word. They help the theatres and the galleries to promote the work that is happening in the city.

From this awareness programme alone, for example, the Royal Exchange Theatre has developed an amazing Elders Company. 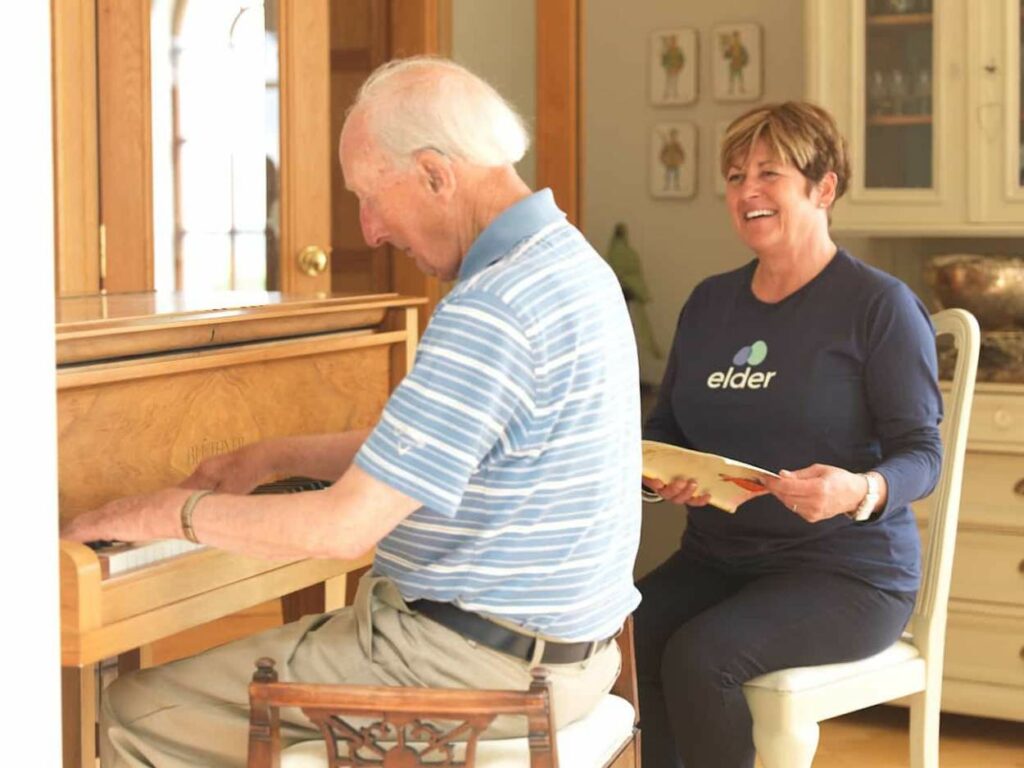 What are you most proud of in the Age-Friendly Manchester programme – and what is the biggest challenge to come?

I am very proud that the work we began all that time ago is now one of the priorities of the Mayor of Greater Manchester, Andy Burnham – and that this year, the WHO has also designated Greater Manchester as an Age-Friendly Area.

I am also proud that this city was one of the first partners to collaborate with the Campaign to End Loneliness.

We have great foundations that we are building on, but there is still a massive job to do. The biggest challenge for me has been – and still is – how to reach the people we haven’t yet reached.

Something I find a real challenge is that although Manchester is recognised nationally and internationally as age-friendly, there are still some people across our city and in our region who feel excluded.

Equality and access to healthy ageing can be very different, and you have to be realistic about listening to what people actually want. It wouldn’t be right to say to people in some parts of Manchester that we’re offering you X and Y because the people in this other area think it’s great.

How will you know when you’ve achieved a truly inclusive, equal city regarding age?

This answer changes for me as I get older. What I would really like is for younger people to start talking about older people’s issues so that we all think about what the needs and wants are, hear the voices of older people and break down the silos of age.

We’ve got to get rid of this cloak of invisibility. We have to learn to shout louder, and people have to start listening to the voice of older people.

For more tips on getting out and about in later life, read our helpful guide.