Where’s Your Head At? The Importance of Expressing Emotions at Every Age, Mental Health Foundation

Jolie Goodman from the Mental Health Foundation discusses the positive power of working in groups for older people. 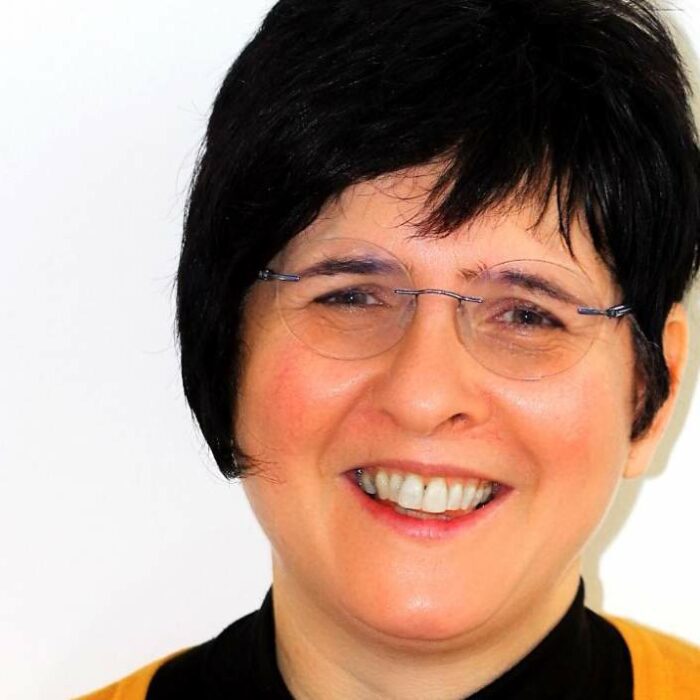 The Standing Together Project aims to improve the emotional health and community connections of older people living in supported housing. Over the Project’s two-and-a-half-year run, it has facilitated groups in 19 different housing schemes. Project coordinator and Late Life Programmes Manager for Empowerment and Later Life for the Mental Health Foundation, Jolie Goodman, talks to us about the power of group interaction, working in partnership with people to create the mental health support they want and need – and how it’s vital for good mental health to be able to express emotions fully at every age.

What was the Standing Together Project about and why was it set up?

The Project was set up in 2015 as a partnership between the Mental Health Foundation and Housing & Care 21, a UK housing organisation providing social housing and support to people in later life, including those living with dementia.

Since then, we have run weekly self-help groups for periods of six months, in retirement and extra care housing (where the people are actually tenants in their own flats, but then buy in different quantities of care as needed) for those experiencing memory loss, mental health issues, learning disabilities and significant loneliness. Notting Hill Housing became an additional partner in the second year of the project.

My background is in working in adult mental health, but I was attracted to the job of managing the Standing Together Project because I felt it was a real opportunity to build connections between people – and also to find out about people’s identity, life stories and passions.

Obviously, the later life housing sector has undergone a lot of change and has born the brunt of cuts in local authority funding for care services. Loneliness and isolation are increasing across the generations, but particularly in later life.

In later life, there are many reasons for isolation. The front door can be a huge barrier for people; people might not get out of their flats that easily, and sometimes it is because of their frailty, but often it’s a psychological barrier. Another key reason is if someone has been with a partner for 60 years and they have died – then the whole balance of their life is changed.

Someone who has lost a spouse has to adapt to living a very different life, and that can make them feel lonely, so it was very positive to be able to do something that really addressed that loneliness.

The initial funding for the project from the Big Lottery has now finished, but we recently launched a book, Pulling Together – that was a celebration of the project – at the end of March this year at the House of Lords.

What are the biggest mental health issues that are experienced by people in later life?

At the Mental Health Foundation, the work I lead is from a social rather than a medical perspective, so we’re really interested in what has happened and is happening to people, rather than what’s ‘wrong’ with them or what their disorder might be. That gave the Standing Together Project quite a different feel.

I would use distress as the right word, to talk about mental health [in this context], and a lot of older people’s distress is often mixed up in what’s gone on in their lives quite recently.

One of the things I realised very soon after I came into my job at the Mental Health Foundation is that there is not much place for people really to express emotion as they age in society.

As an older person you lose a lot of your close friends – and often family members haven’t got that much time for your emotions. It’s good if you can be happy, people are pleased; if you’re angry or upset, there’s not much to say.

When groups like Standing Together are run well, they are very powerful for people. People are lifted by them, which means they look better than they did when they arrived in the room. They laugh. And sometimes they’re spaces for people to grieve a little, and even to cry.

Working in this way, for me, is powerful and about acknowledging people’s different realities, but at the same time, providing groups where there’s quite a fixed structure and routine.

Does a group like those in the Standing Together Project create a space where an older person can be fully seen as an individual again?

I think that’s precisely it. Care cutbacks are very much in the news and those providing care can have an awful lot of people to see and to work with now. As a result, there isn’t that much time for conversation, or even just to be appropriately acknowledged, as a human being, really.

In the groups, we found that even when people had quite poor memories which meant they might not remember what actually happened, they could remember how they felt – and that’s a huge part of this work.

I think people remember rhythm and routine, so we’d always start with a warm-up exercise in the groups, and then we would go to a central theme as a way to build a relationship and to get to know people. Over time, we would get into slightly more in-depth conversations about people’s lives, identities and how they manage their lives at this stage of life.

To find out more about the Standing Together Project and the work that the Mental Health Foundation does around later life click HERE.

You are a big advocate for ‘co-production’ in creating later life programmes – what is that and why is it so important?

For the Social Care Institute of Excellence (SCIE) co-production is about developing more equal partnerships between people who use services, carers and professionals. The “nothing about us, without us” message is fundamental in the disability movement and at the heart of all co-production work.

At the Mental Health Foundation, to partner and co-produce with communities is one of the six principles of all our programmes. What I particularly like about co-production is that it’s about working in equal partnership with people.

Mental health provision is very complicated – and mental health in later life is something that is rarely talked about. Working co-productively, we have a particular model established, but when we run a group, we want it to be an opportunity for people to build relationships and for them to share things about themselves in a safe way.

We look for things that they are passionate about, things that they’ve done in their life, things about their identities – and if somebody has a particular interest, that’s something that will be talked about in the group. The groups have themes, and these are really directed at people’s identity. For me, that’s co-producing a session.

It’s about making sure that as you’re developing work, it has a relevance to the reality of people’s lives and how it can work best for them. That requires a partnership with people that you’re going to be working with and it changes the power dynamics.

Mental health is an individual thing, but it’s also a social thing – I think it’s quite interesting to look at how if people behave outside of “the norm” we really struggle with that as a society. Hostility to difference is a very contemporary trait.

What do you think empowers people in later life to have good mental health?

It’s well known that many challenges come up for people in later life: physically, mentally, and in having to deal with a considerable quantity of change. As such, empowering people is about enabling them to live the best quality life, but on their terms.

It’s important to facilitate people who might seldom be heard in society to feel they can have more of a voice.

And building confidence is so important – for people in later life, but also in the care team supporting them. For me, empowering staff to feel they’re able to have different sorts of conversations about mental health is key to this as well.

I’d like to do more in community settings, to make it much more acceptable for people to ask questions – to go to particular places and have different sorts of conversations with people.

One of my measures of loneliness is how often somebody eats with other people. Certainly, in later life housing, people sometimes do eat together, but not always. So I also think something around encouraging people from different generations to cook and eat together would be good.

Is the intergenerational aspect key to a healthy society?

There is beginning to be more diversity in England around age – recently we’ve seen initiatives such as nurseries starting to visit some extra care and care homes, for example, and others that deliberately put different generations together in different contexts.

But all of us benefit from the experiences of mixing with generations in addition to our own – and if we can have positive messages around that, I think that has to be good for mental health – in every generation.

LinkAge Network is a Bristol-based charity supporting community development for older people to help reduce social isolation and loneliness. CEO Jo Stokes talks to The Elder about the power and potential of the Network and her hopes for future community collaboration in the city.

Dhruv Sharma is a Senior Innovation Associate at Newcastle University’s National Innovation Centre for Ageing (NICA), an initiative that brings together academics and businesses to share knowledge relevant to developing innovative products and services for older adults. Dhruv is currently researching the role of radical innovation and digital technologies in mitigating later life loneliness and social isolation as part of his PhD at the HighWire Centre for Doctoral Training, Lancaster University. We talk to him about his two strands of work in the ageing space, and how they can contribute to solutions for important later life issues in society.