Not Just Caring, Enabling: Anne Kelly on the Montessori Approach to Dementia Care

In this article, Anne explains the advantages of this radical and truly person-centred way of supporting those living with dementia. 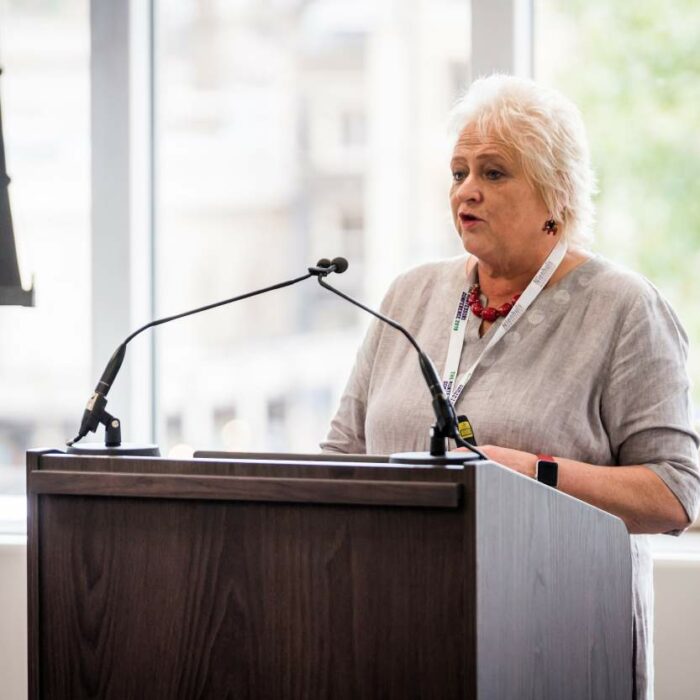 Montessori for Dementia and Ageing is an innovative approach to aged care. It empowers people living with dementia by creating an environment that allows them to live as independently as possible. Director of Montessori Consulting in Australia, Anne Kelly, also offers training in the UK with the Maria Montessori Institute.

How would you summarise the Montessori approach to ageing and dementia?

You’re a pioneer of using the Montessori method in aged care. Why is it so important to you to raise the awareness of this method?

I’ve worked in nursing and aged care, in particular dementia, for about 40 years. The more experience I got in the area, the more concerned I became about the care that we deliver to older people.

I just happened about 13 years ago to stumble across a Montessori activities workshop that was being delivered by Dr Cameron Camp from the US. Halfway through the morning the penny dropped. I thought: ‘this is the aged care holy grail that I’ve been looking for’. This is a way that we can honour and respect and work with our elders, whilst not robbing them of independence and dignity.

A group of us pulled together all the information that’s available and put together a course on the development of Montessori environments. We’ve worked with organisations since that time to develop an environment that supports independence and memory loss. It is a total paradigm shift from everything that anybody has known about dementia or aged care. It takes a big effort for any organisation to turn around what they’ve always done.

How does the Montessori method give agency to people with dementia?

In aged care services, we create excess disability when we overcare for people. We do things that make life easier for the staff or for ourselves, such as using a wheelchair to take people to the dining room when they could actually walk themselves, or feeding people who are able to feed themselves. In Montessori, we focus on a model that enables people to have the time to make true choices, and to have the time to be independent as possible.

How important is it to focus on a person’s particular needs?

You cannot provide any sort of quality care without knowing the person behind the dementia. We need to focus on an individual with very specific needs, their own abilities or disability. Such a focus moves us away from putting everybody in the same basket.

Very few organisations deliver true person-centred care because it’s easier to focus on the many rather than the few. We’ve got to change the system. For example, when waking people up in traditional aged care, we start from six o’clock to drag them out of bed and shower and dress them for an eight o’clock breakfast. These people are old, and secondly, why would they want to get out of bed at seven o’clock in the morning?

In a Montessori environment we will talk to people about their desires and habits and needs, we talk about what time they go to bed and what time they get up. In traditional age care, everybody’s in bed by 6:30, and everybody’s up by eight o’clock because that’s what time breakfast is and if you’re not up by eight o’clock you miss out on breakfast. It’s very regulated, task-focused and focused on the whole rather than the individual.

Is it easier to create this environment for a person with dementia at home, where they have more flexibility, as opposed to a care home?

Oh, definitely. Montessori makes a considerable difference for people living at home. If we put in good person-centred care right from early in the disease, then people are able to stay at home longer because we’re able to support the memory loss, and that means that we support family carers.

How can the Montessori method help with preventative care and mitigating the costs of social care funding?

Well, certainly a reduction in falls. When we keep people busy, falls reduce. Montessori environments can also result in the reduction of psychotropic usage. I would suggest that we use way too much psychotropic medication to manage people who are aggressive because they’re so unhappy.

We also need to realize that if people aren’t moving, their bowels don’t move. We need to start people moving, getting people out of chairs and getting people serving themselves and involved in the routines of the day. When bodies start moving, so do their bowels. There can also be a reduction in the use of dietary supplements, when people are actually choosing the food they want to eat. Therefore they’re eating better so they’re also sleeping better.

In the Montessori world, people are kept busy in the flow of the day. Therefore there’s no time to get caught up in the world of dementia where people are wanting to go home, wandering, agitated and distressed.

"You cannot provide any sort of quality care without knowing the person behind dementia. We need to focus on an individual with very specific needs, their own abilities or disability."

How widespread is the use of the Montessori method in age care?

Certainly in Canada the US and in Australia, the Montessori method is well known and now gaining momentum. I’ve just come back from the UK; the wave has just started in the UK. In Australia, a new aged care standards system has come in place that focuses on ability, independence and choice. Montessori of course fits beautifully within these new standards. There is now a momentum with more organisations being interested in the whole concept of Montessori, because it gives them a way to meet the new standards.

People are now becoming very vocal. A lot of people in the past have just accepted what has been provided with very few questions, whereas nowadays it’s not quite like that anymore and organisations are looking for a point of difference.

Not only organisations but families are starting to realise that there’s more to quality of life than the curtains matching the furnishings and everything being neat and tidy. We’re still in a time where we’re building new care communities, and often the people we’re building for are not the people who need to live in them, but the families who make decisions about where people go.

A lot of the work that I do is about trying to raise family awareness of the fact that quality of life is more than a nice environment. It’s about having a reason to get out of bed, and that’s about everybody feeling valued and that their life matters.

This interview was part of a series brought to you by Elder, the company who can take care of all your loved one’s live-in carer costs. Whether you are looking for live-in care in London or require assistance in another part of the country, Elder will ensure that all of your care needs are taken care of.