We spoke to Dr David Llewellyn about his pioneering work at the University of Exeter, that's uncovering the relationship between vitamin D levels and developing dementia 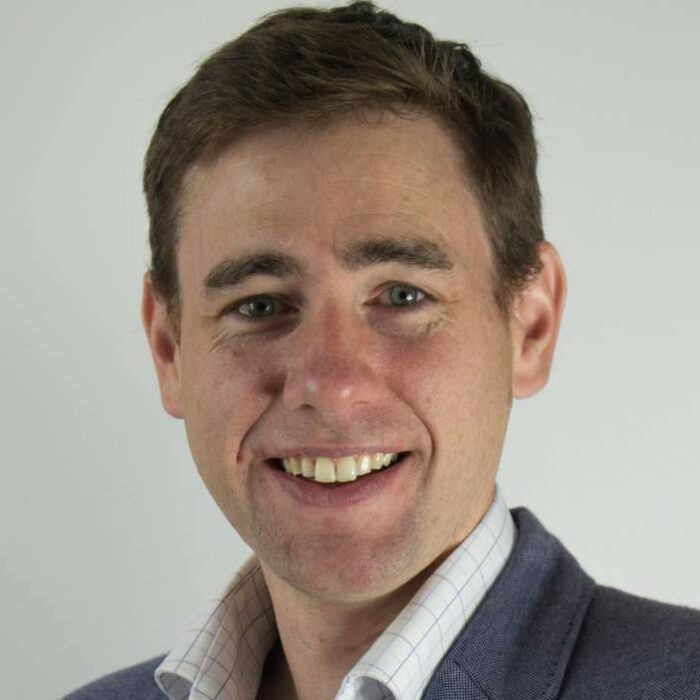 The pioneering work by Dr David Llewellyn and his colleagues at the University of Exeter on the relationship between vitamin D levels and developing dementia is one of the most exciting – and promising – developments in the field in recent years. We talked to him about his research into the risk factors for dementia, how a cheap, over-the-counter supplement may one day play a powerful role in prevention and the importance of challenging accepted models of disease in order to move forward.

Why did you become interested in the epidemiology of dementia?

Dementia research wasn’t an obvious career choice when I started over ten years ago. At the time, everyone was ploughing money into cancer and cardiovascular disease, and that was where the best science was being done.

I have always been interested in the brain though – far more than the heart which just seemed like a basic pump by comparison. Dementia seemed like a neglected, but important, area and this was before all the media interest and when public awareness of the scale of the problem was very low. Obviously, things have improved massively since then – although it’s still an underfunded area.

Where is current dementia research in terms of meeting the challenges of the disease?

We are still faced with enormous challenges; we still don’t have disease-modifying treatments, and the traditional drugs discovery pipeline hasn’t been working well for dementia.

Also studying molecules and mice and trying to use that as the basis for drug discovery hasn’t been a successful approach. There’s a lot of inflexibility in the system, and the reaction to that has seemed to be, ‘more of the same, but change the emphasis slightly’.

I’ve always thought we need to understand the natural history of dementia in a much more rigorous and fine-grained way before we can start to understand how to intervene.

Treatment is an excellent ideal, but I am not convinced that when the brain is damaged to that degree, we’re going to be able to fix it. I’ve always been far keener on prevention which is a very unpopular area within dementia research, although that too is changing.

There is a lot still to learn about what’s driving the burden of dementia in our populations and how we might be able to reduce our risk individually, and I think we’re going to make a lot more progress in that way.

I think the [current] disease models are imperfect; they may not be completely wrong, but they’re certainly not an accurate representation of what is happening in the human brain as we age.

There is a lot still to learn about what’s driving the burden of dementia in our populations and how we might be able to reduce our risk individually, and I think we’re going to make a lot more progress in that way.

We’ve been poor within the research community at sifting out the difference between things that are really driving the dementia and aspects that are just a consequence of the dementia when we look at things like autopsy findings or in neuro-imaging scans of the brain.

Likewise, there are people with ‘healthy’ looking brains who have dementia, but you can’t see a lot at autopsy or on a scan, so there is clearly a lot we don’t understand about the underlying disease process. And if we don’t understand what’s driving this, then it’s difficult to understand how to intervene.

I think the disease models are imperfect; they may not be completely wrong, but they’re certainly not an accurate representation of what is happening in the human brain as we age. Mice don’t get dementia in the way we do, so it’s not immediately obvious why they are a good model for drug discovery.

The other problem with people is that they typically don’t have a single disease. The majority of dementia is in elderly people with health problems and whose brain health is deteriorating in a number of ways. There is evidence that most people living with dementia don’t have ‘pure’ Alzheimer’s disease; many have a mixed dementia and also have subtle vascular or other problems.

If you are trying to intervene, I think you should be targeting vascular health first to try and make a difference – because it’s more obvious to see how to improve that than it is to target neurodegeneration.

Of course we need to do both, but it’s puzzling that we know a lot about vascular problems, risk reduction and the effects of lifestyle on the blood supply to the brain – and yet it hasn’t been taken more seriously in this context.

How important is it that more people take part in continued dementia research?

We desperately need people to take part in dementia research, and that includes people who don’t have dementia, and who never will have dementia, also those who have a milder cognitive impairment who may go on to develop dementia – or may not.

Also, we need people with dementia of all different types – there are very neglected types of dementia, such as early onset dementia for example. It’s fantastically empowering for many people to be able to take part in research, so we need to provide them with opportunities to do so.

What are are the biggest risk factors for dementia that we know about so far?

Our programme of research addresses all sorts of risk factors across the lifespan; from early life factors, such as inherited genetic risk for dementia; childhood experiences; your education levels; diet and lifestyle through to mid-life.

We know how powerful things like physical activity and smoking are; we published a paper in the BMJ establishing that even exposure to second-hand smoke was linked to cognitive problems in older adults.

And we know there is a complicated relationship between alcohol consumption and dementia risk – people drinking in moderation may slightly reduce the risk of dementia but people who drink excessively have an increased risk.

Obesity too has a complicated relationship with dementia risk; obesity in mid-life increases your risk but, actually, in later life it’s those who are losing weight or underweight that have the highest dementia risk.

This may be because the people develop dementia over many years and as the dementia takes hold it changes appetite and behaviour and people may lose weight as a result.

We’ve seen similar patterns with blood pressure. We’ve also looked at other medical conditions such as stroke and diabetes, which are significant risk factors for dementia. One of the most important recent findings is the link between low vitamin D levels and dementia.

Your research into dementia and low vitamin D has been groundbreaking – what have you discovered so far?

We subsequently looked at the same relationship in older American adults and found precisely the same pattern – but again these were looking at current vitamin D levels and current cognitive problems.

We produce around 90 per cent of our vitamin D from our exposure to sunlight, so the question was whether people who are developing dementia just go outside less – as I said, we know the onset of dementia can change people’s behaviour – or whether dementia risk is actually increased by having low levels of vitamin D itself?

We then did more research in America with the Cardiovascular Health Study that had followed thousands of people up over many years – and we were shocked by the results because they were much stronger than we anticipated.

This story just kept unfolding as we looked at different populations, and we published in leading journals along the way which gained a lot of media attention. Many other researchers have now conducted their own studies on the relationship between vitamin D and dementia, and it has clearly become a very promising area of research.

What’s most exciting though is the possibility that changing people’s vitamin D levels by giving them inexpensive, safe, over the counter supplements might make a difference. We know the threshold of vitamin D you need to get above to potentially protect the brain – around 50 nanomoles per litre – and it’s relatively easy to get people above that.

Of course you get seasonal variation so you might be above that in the summer months, but if you live far enough from the equator, you’ll experience a vitamin D winter where your levels drop off – and it may be those darker months that are critical.

We’ve secured funding at the University of Exeter to do a new vitamin D trial using the PROTECT (Platform for Research Online to Investigate Genetics and Cognition in Ageing) platform where people can log on and test their cognitive abilities. The trial is being led by Dr Anne Corbett and supported by Professor Clive Ballard and colleagues at the University of Exeter Medical School.

Our hope is that by giving people supplements we’ll be able to improve their vitamin D levels – and if we can show that the kind of cognitive decline that they’re experiencing is slowed down in comparison to a placebo group then that would represent a major breakthrough. That would suggest disease modification for the first time.

Seizing Control of Dementia: Agnes Houston Didn’t Shrink Away From Her Diagnosis, She Rose Up To Meet It

When she was diagnosed with early age dementia at the age of 57, 12 years ago, Agnes Houston found there was little information or hope around her condition. She decided to take control of her life and work to leave a legacy that would allow people living with dementia to stand up and be citizens, rather than victims.

Representing the Underrepresented: Empowering Conversations About Learning Disabilities and Dementia

Karen Watchman helped to create Jenny’s Diary and Supporting Derek, resources to help people with learning disabilities and dementia, families and carers deal with its challenges. We talked to her about how research can improve the lives of those with this complex set of needs – and the importance of effective communication.