The Longevity Dividend: The Economic Benefit of Living Longer

We talk to ILC Director David Sinclair about maximising the ‘longevity dividend’ and meeting the economic challenges and opportunities of an ageing population to create a society that works for everyone. 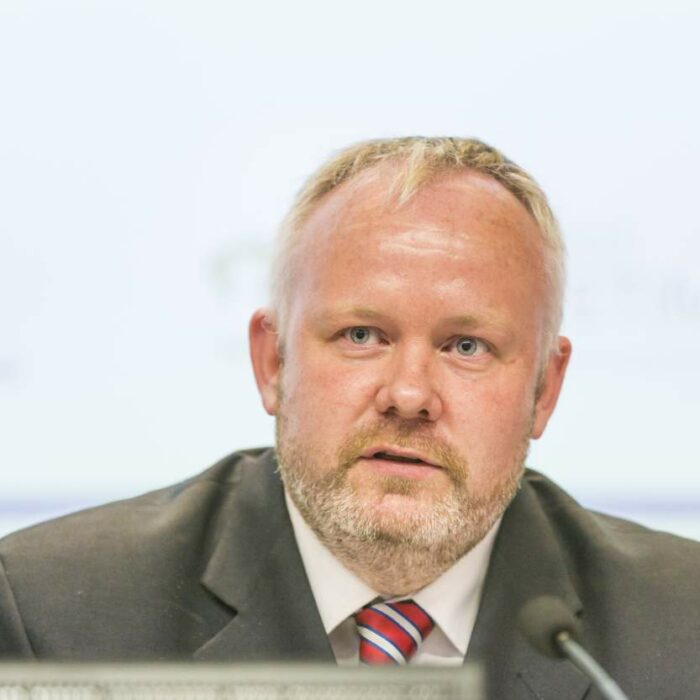 By 2030 there will be over 20 million older people in the UK. What that later life boom looks like depends on the social and economic solutions and we lay down now – and the innovations we embrace. UK specialist think tank, the International Longevity Centre (ILC) is at the forefront of discussions around the way we move forward.

What is the ‘longevity dividend’ and why is it important to an ageing society?

Essentially, across the world more and more of us are living longer and as a result older people are playing an increasingly important part of the economy, whether through working longer or spending. The challenge is that almost no one around the world has worked out how to maximise that return – the economic benefit of living longer.

Lots of countries, such as Japan, which is often looked at as a success story in this space, have suffered from an economic perspective for decades because of a failure to really understand how to deal with some of those demographic challenges, and then to turn it around and think about what the positive options might be.

For example, we know that as we get older there is a funny consumption puzzle where people basically don’t spend all the money they have – particularly once they’re into their mid-seventies. And if you have a higher proportion of older people in the population and they’re not spending then that has macroeconomic implications, because essentially there is potentially less demand in the economy, which creates fewer jobs and so on.

The big issue and challenge then is how do we get governments, policy makers and industry to meet this unprecedented challenge of having a greater number of older people in society, who are going to be increasingly important economic actors. That is why we have focused our Future of Ageing conference 2019 on that space.

Why has progress been so slow in addressing the economic challenges and opportunities of an ageing population?

In most of the world ageing is pretty slow – we have been ageing in Europe for about 300 years – and thus there hasn’t really been the urgent pressure on policy makers and industry to really do anything until now.

"We could see more and more people saving, while also investing in their own health and continuing to have meaningful occupations in the workplace and beyond. Then all of a sudden we don’t have an ageing challenge – we have the longevity dividend."

We’re getting close to a tipping point, because there are real economic challenges now becoming visible. My sense is that governments understand the problem and the challenges, but their short- and long-term aims may conflict, because one of the issues in this space is that many policy decisions that need to be taken may not be popular.

The private sector also has challenges, in the main because we all deny we’re ageing, so it’s difficult to work out how to target older consumers. No one thinks they arean older consumer, so the minute you start designing products targeted at a specific age group, most people in that bracket react to it; either they don’t like the advertising or the style or they don’t like the promotion of it.

So it’s understandable why more hasn’t been done. The answers aren’t easy. Which is why what we’re trying to do with this year’s conference is move away from the cliché, “There are lots of older people and they’ve got lots of money so why doesn’t industry design products better?” and toward actually understanding the nature of the economic opportunity that comes with ageing. We need to recognise that a lot of these challenges won’t be solved by a better-designed widget or more appropriate marketing.

Some of the companies who are beginning to engage are being careful to create products that are attractive for all age groups, but might have a greater benefit to older people. For example, Amazon has redesigned its packaging to make it easy to open, and most supermarkets have redesigned their retail environments to make them easier to get around, with wider aisles and lower shelves – but none of them talk about this in the context of ageing.

We all have this self-imposed ageism inside us for whatever reason, and perhaps we need to recognise more honestly that we are getting older, and acknowledging that perhaps our hearing is not so sharp or our eyesight is going a bit and we might need a bit of support. There is a seven-year gap on average between the point where people start suffering from hearing loss and the point at which they get a hearing aid. If we’re denying something so basic and obvious to ourselves then you can see why it would be easy to deny our need for other products and services as we grow older.

In terms of work, how are current conditions affecting the realisation of the longevity dividend and what future trends are likely?

Industry as well as government needs to look at how to put the right policies and practice into place so that people can continue to contribute economically or indeed through voluntary work and meaningful activity as they get older. We have an average retirement age that is lower than our state pension age, and we also now have over a million people working post their state pension age.

One of the biggest challenges though is the group of people who retire in their 50s for health reasons, and at the moment people don’t plan for this because they don’t expect to develop a debilitating condition. As well as the age challenge an increasing portion of the population are also going to end up caring for their husbands, wives or parents, many at the same time as caring for children, which has big implications in a world where we aren’t properly funding social care.

Policy makers have made mistakes in some areas over the past few decades and as a result we’re having to go back on them. In the 1980s there was enthusiasm for policy for working longer, across the whole of Europe. This was followed by a fear that younger generations weren’t going to have jobs because of this, so people were paid off with generous pensions to retire extremely early. But we subsequently realised there isn’t necessarily a relationship between the number of older people working and the number of younger people working.

Currently we’re facing a skills shortage crisis in many sectors, even in the age of automation – so policy makers are suddenly again saying that we all need to work longer, but people are still looking at their parents or grandparents who may have retired in their early 50s and moving that social norm is difficult.

In general, though I think that people will start to work a bit longer – and we probably need only to increase the average working life by a few years to deal with some of the challenges of ageing, whether that be the cost of healthcare, social care or pensions. This can offer a significant economic return by creating a group of people who aren’t claiming benefits, while also making a higher income and are therefore able to spend more.

The latest employment figures show low unemployment, and we’ve got companies all over the UK at the moment really struggling to recruit. However, what we haven’t got is much innovation happening in terms of job design to support people to have the sort of work they want.

"We probably need only to increase the average working life by a few years to deal with some of the challenges of ageing, whether that be the cost of healthcare, social care or pensions."

We know that for those older age, staying in work isn’t just about earning money, it is often about engaging in meaningful activity too – and many employers haven’t clued into this. Why are so many jobs so inflexible in terms of the hours worked when there is no need for this in a world of technology where schedules can be much more flexible – one person could do five hours, another three in a job for example? You can see how if we just designed the working world a bit better then people would want to continue to do their jobs for longer.

The ILC says that “what happens next will define us for generations to come” in terms of policy and industry innovation in longevity. What do you feel that will realistically be?

From a ‘glass half full’ perspective we now actually have more people saving than every before with the introduction of auto-enrolment. We could see that growing, with more and more people saving, while also investing in their own health, eating healthily, exercising and continuing to have meaningful occupations in the workplace and beyond. Then all of a sudden we don’t have an ageing challenge – we have the longevity dividend.

The other side though is that while we have 8m+ people saving through auto-enrolment they’re definitely not saving enough, and we’ve just hit the turning point where we’re going to see more people in poverty due to the end of final salary pension schemes. At the same time, there is no real evidence that people are living healthier lives, and governments are terrified to regulate. At the moment its also hard to see where the policy push comes from, because government is distracted by Brexit, but some of these things are urgent.

One of the positives for me is that we have managed to increase state pension age with almost no opposition at all. But with over a million people leaving work in their 50s because of ill health there is a scenario where a significant proportion of the older population will be on a low income and need care. I suspect the reality we will see is greater inequality and the majority of people struggling, with knock-on economic implications as a result.