The Invisible Demographic: Empowering those Growing Older Without Children 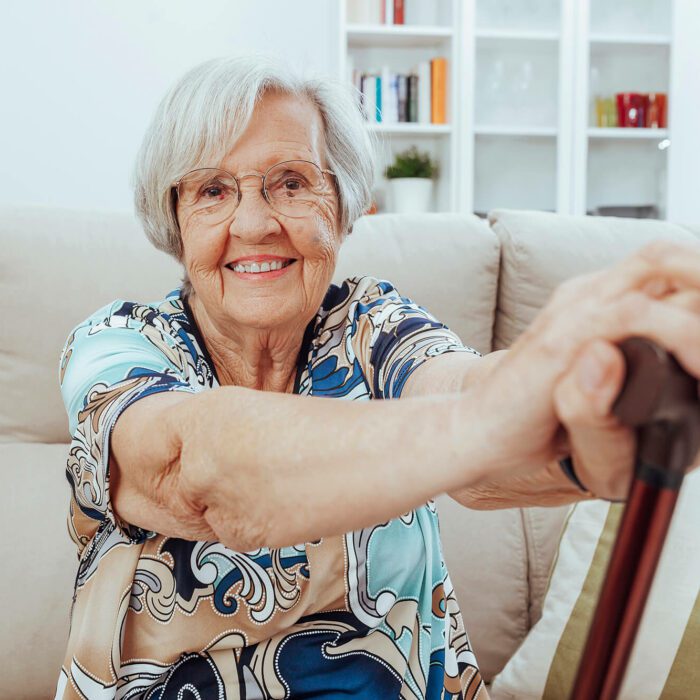 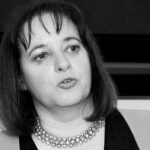 With over a million older people ageing without children and the bulk of unpaid care in the UK provided by family, there is a real urgency for age organisations and policy makers to acknowledge the issue, says Ageing Well Without Children founder Kirsty Woodard. We talked to her about the challenges of growing older without adult children in terms of advocacy, support and connection for people in later life and how the organisation is helping to empower this ‘invisible’ demographic.

Why did you set up Ageing Well Without Children?

We’re the only organisation in the world focused on the issue of people growing older without children – and trying to shift policy around it. It started when I was having a conversation with a friend who worked with me in the age sector about the problems she was having caring for her mum who had gone into hospital.

There were lots of problems to do with paperwork, getting help with eating or going to the toilet which meant she felt she had to be at the hospital all the time. At the end of the conversation she said, “God knows what she would have done if I wasn’t here” – and that point really stuck with me.

I did some research and when I looked at the numbers of people ageing without children I thought they must be wrong, because if there were that many then surely someone would have noticed this by now?

I wrote a blog that was picked up by The Guardian and got a big response when it was published. It seemed that no one was doing anything to address it so I decided that I would do something myself. Myself, Dr Robin Day, Dr Mervyn Eastman and Jody Day founded Ageing Well Without Children (AWWOC) in 2014 and we constituted formally as an organisation in 2015.

Why does ageing without children matter as an issue?

In the UK 92% of unpaid care is provided by family, primarily people’s partners and their children; the older a person gets and the more needs they have, the more likely that care is to be provided by their adult children.

If you don’t have children then that is obviously a problem and this situation is something that is completely unrecognised by Government policy or thinking. Austerity is biting and spending on social care has fallen by 24 per cent since 2010. The Government’s mantra is that families need to step up and fill the gap and whether you agree or don’t agree with that if you don’t have a family that’s just not possible.

"There is huge cognitive dissonance in this country about the role of family. People will fall over themselves to say they don’t want or expect their children to look after them or support them. However, the reality is that people don’t make any plans to ensure that doesn’t happen."

A million people over the age of 65 don’t have any children, which is an astonishing amount of people to be forgotten and invisible – and the real issue is that the number of people without children over 65 has doubled in a generation and is projected to be two million by 2030 and could approach four million people ten years after that.

It’s interesting to me, as someone who has worked in the age sector for 25 years, how it just hasn’t been thought about. We’ve known for quite some time now as a society that fewer women are having children, but we haven’t thought about what that means for people later on in life – and for us as a society.

What are the main issues for those ageing without children?

From our perspective, it’s about the practical implications of not having an adult child around to offer support, help and care, whether that’s because you simply don’t have one, or you’re estranged from them or because they live a long way away.

And the changing demographics and falling birth rate mean that it’s not just about people not having children; there are more and more people who also don’t have siblings, nieces and nephews either, meaning the pool of family carers available is shrinking. We already know there are now more older people who need unpaid care than there is family available to provide it.

The most important thing an older person without children needs is advocacy. People can struggle to access care because they don’t have a child to advocate for them and ’machete’ their way through the maze of health and social care on their behalf.

One of the things we also know is that poor treatment of older people in hospitals and care homes for example often only comes to light because an adult child or relative is around and says, “Hang on a minute…” What happens to all those people who don’t have that?

Most people don’t have their parents come live with them but a lot of what adult children do for parents in terms of care is everyday, low-level support with practical tasks – e.g. taking them shopping, taking them to the doctors, dealing with technology, helping with phone calls and paperwork and generally making sure they are ok. And it’s that kind of low-level support that is much much harder to replace because you’re never going to get that from social services.

Friends can help out with some of these things and we don’t want to suggest that people ageing without children are without any support networks at all, because that’s not true. Research shows people ageing without children, providing they don’t have too many needs, will often have good connections with any wider kin they have such as siblings, nieces, nephews and cousins, as well as friends.

But we also know the more you need help, the more those networks fall away. Most people wouldn’t mind popping round once a week to get someone’s shopping but they don’t want to have to pop round every single day because that person can’t do anything for themselves.

Neighbours and friends do an awful lot, but is it realistic to expect them to take on the role of family especially when they may already have their own parents or grandparents to support as well? The shrinking of informal care networks is why people ageing without children are 25 per cent more likely to end up in residential care.

Finally, one of the unexpected issues that has come up is people ageing without children expressing a feeling of being disconnected from other generations and missing being around younger people. This can hit particularly once they retire and they don’t see young people as a matter of course in their day a lot of the time.

Is the lack of awareness and research into the issues a result of societal assumptions and prejudices around people who don’t have children?

Our focus is obviously around older people, but a lot of the issues have their roots in society’s attitude to people who don’t have children at all. Most people do have children and we have to acknowledge this, and although we are a growing number of people we are still a minority.

Society can be very judgemental about people who have not had children. For example, one of the messages we get constantly is that most people who don’t have children made that proactive choice. However, research shows that by the time women get to the point where they can’t physically have children any more it has only been a choice for 10 per cent of them.

And even for those who consciously didn’t want children, there is the general societal message that they “should have thought of that” if they start to express their worries about their old age. However, there is huge cognitive dissonance in this country about the role of family. People will fall over themselves to say they don’t want or expect their children to look after them.

In my 25 years in the age sector, I can count on the fingers of one hand the number of people who have said to me, “I can’t wait for my children to start looking after me”. However, the reality is that people don’t make any plans to ensure that they don’t have to rely on their children when they need help.

How can you empower the demographic of older people who don’t have children?

One of the solutions lies in people ageing without children coming together to form their own support networks because we know that they can feel isolated and excluded. A big part of what we do is to try and facilitate connection. Our local groups and our online group are here to say, “here is a group of people who ‘get it’ and you can talk to them and share experiences and ideas”.

We’re a small organisation and there is no way we can find the answers on our own. The issue needs to be recognised by the larger age organisations as well and for them to start thinking about solutions that will eventually mean it’s recognised at a policy level.

This is really important because from a local authority point of view, at the moment when they’re planning their strategy on ageing they’re often not factoring in this group of people. If you have all these people in a local borough who don’t have any family support, then where are they going to get that support from? The chances are they’re going to end up at the local authority’s doorstep.

Is awareness of the challenges and issues of ageing without children growing?

When we first started there was a blanket “oh no this isn’t an issue” response from everyone we spoke to about it. But as we’ve banged on and on about it there has been a definite shift in the bigger age organisations and a growing awareness and understanding which is fantastic.

Our vision is to have the issue recognised at a policy level and for people to think about what the solutions are. We want people ageing without children to have the opportunity to come together and be connected and support each other more.

There also needs to be far more research into the issue. What are the experiences of men really like? We know next to nothing about the experiences of people ageing without children in BAME cultures, for example. There’s so much more we need to know – because until you really understand the issue you can’t come up with the solutions.

For more information on Ageing Well Without Children visit the website HERE.