The Gift of Volunteering: Supporting our Ageing Society with the Royal Voluntary Service

We talked to Dr Allison Smith about the positive contribution volunteering makes to the community. 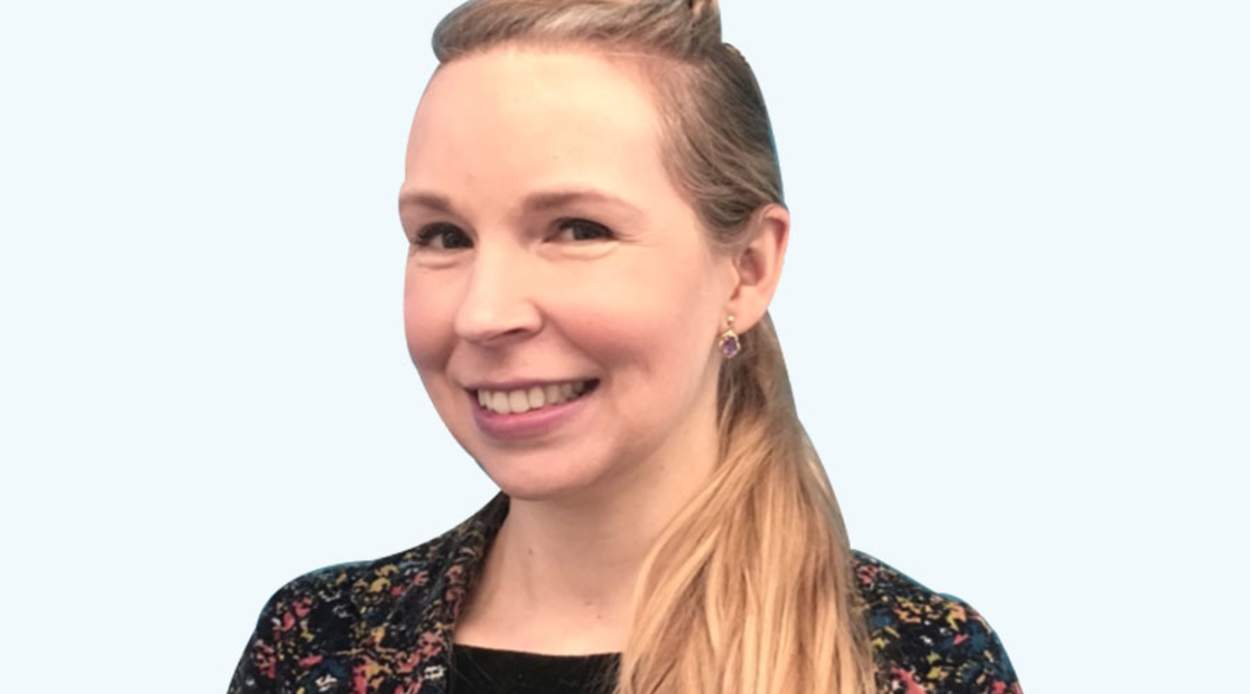 Royal Voluntary Service is one of the largest – and oldest – volunteer organisations in Britain. It aims to inspire and enable people to give the gift of voluntary service to meet the needs of the day in their community, with over 25,000 dedicated volunteers working alongside hospitals, local authorities and other organisations. We talked to Dr Allison Smith, Head of Strategy and Development at the charity, about the positive contribution volunteering makes to the community – and to individuals’ wellbeing, particularly in later life.

Why was the Royal Voluntary Service set up – and how it has evolved?

This year, Royal Voluntary Service celebrates its 80th year. Formed in 1938, initially as the Women’s Voluntary Services for Air Raid Precautions – it was very much focused on voluntary service to meet the societal challenges of the day.

When we began, those challenges were mainly around Britain’s war effort, and we had a substantial volume of volunteers helping to support initiatives such as evacuating children to the countryside.

By 1943 the organisation had over 1m volunteers and was involved in almost every aspect of wartime life from salvage collection to knitting socks and gloves for merchant seamen.

After the war, Royal Voluntary Service transformed to become a leading organisation in the field of social care, pioneering the practices that formed the cornerstone of modern social services.

We became Royal Voluntary Service in 2013 to make it clear we support and work with both male and female volunteers.

The gift of voluntary service has always been at the heart of Royal Voluntary Service, though – and today our mission is very much around working with volunteers to support the NHS and our ageing society. And we talk about the ‘gift’ of voluntary service because people are giving their time, skills and experience to make our health service and our communities better.

Who are your volunteers, typically?

It really ranges. Our youngest at the moment is 14, and our oldest is in their 90s – our oldest volunteer ever was 104, but she recently retired from volunteering.

Ultimately we offer volunteer opportunities to everyone, but because we know that social connections are so important in later life, we try and reach out more to older people who might want to do something meaningful in their community.

Research done by the Centre for Ageing Better recently looked at some of the drivers for ageing well – and in addition to having financial security, having a sense of purpose was very important in later life. Volunteering can provide that. Everyone needs to feel valued – it’s a fundamental human need.

Why is later life an ideal time for volunteering?

Other than being a driver for ageing well, volunteering can also help after key transitions in the life course, particularly in later life. These could be something like exiting the labour market, or perhaps spousal bereavement or illness, all of which can dramatically impact our social connections.

It is critical for wellbeing and a healthy mind that we stay connected to our communities, either through participating in social groups or through volunteering. But increasingly the evidence that is coming to the fore suggests that keeping connected is also really important for us physically too.

Research that’s coming out of the US indicates that staying connected is really important for keeping our immune system strong, for example.

Other than being a driver for ageing well, [volunteering] can also help after key transitions in the life course, particularly in later life.

Why do people volunteer and what feedback do they give to you about it?

There tends to be a range of motivations for people to volunteer, and sometimes it depends where in the life course you are. Many of our older volunteers feel they have skills and experience that they want to give back.

Some take up volunteering because they have gone through a transition point in their life. Perhaps they have just retired, and the first six months of retirement was great but now there is a vacuum, and they want to do something that has a purpose. And others talk about losing a spouse and then wanting to make new social connections, so they are not lonely.

To find out more about volunteering and what opportunities are open log on to the Royal Voluntary Service website or call 0845 608 0122.

What types of volunteering can people do with Royal Voluntary Service?

Royal Voluntary Service has numerous roles ranging from formal to more informal ones, and even “micro-volunteering”, which can be just a couple of hours a week or month. More formal opportunities might include working with an acute NHS hospital on-ward or as part of a contracted service such as our Home from Hospital service which helps older people recover after a period in hospital.

Informal ones are much looser, often based around community groups. For example, we have been working with the UK Men’s Shed Association, an organisation that coordinates spaces for men to connect, converse and create – usually around craft or woodworking – with the aim to help to reduce loneliness and isolation.

We have been asking how we can help grow the model and reach out to more men that might need more encouragement to come together. So we work with those that are interested in setting up a shed to reduce the barriers that can come with these sort of social groups, like finding a venue, getting insurance and reaching out to others in the community that might have a similar interest.

We are not prescriptive, but we do require that a group is open and inclusive to everyone. It can be formed around anything from gardening to walking to knitting, although they do tend to be based around either food or particular social activities such as dancing, bowls or card games.

We welcome anything that’s open to the community where a group of people can come together with similar interests – and we’re an organisation that says, “you want to set up a club, we’re going to help you.”

Royal Voluntary Service is also known for its lunch clubs, some of which have been running for over 60 years – all thanks to dedicated community spirited volunteers! 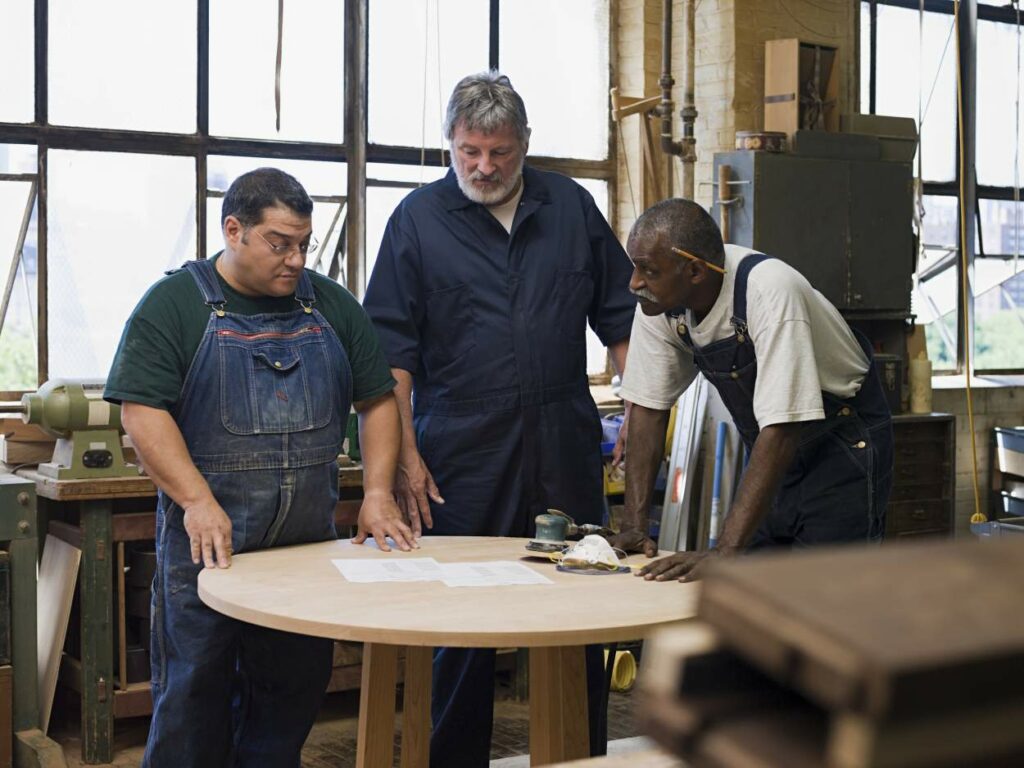 You do a lot of work around supporting the NHS – what volunteering activities are involved?

It depends on what is needed by the NHS trust in question. One of the things we’re working on with many NHS trusts is being available on wards to support mobility of patients and reduce sedentary behaviour.

A big problem is that people ‘walk into a hospital and come out in a wheelchair’. As you age, you lose muscle mass and strength by sitting around. That’s why a hospital stay can be so bad for older people because they tend to remain there longer, especially if they have a cognitive impairment, and are sitting in bed all day.

According to the National Audit Office, for every day an older person stays in a hospital they lose five percent of their muscle strength.

What we are trying to say is, “Okay, there is actually a solution to this problem,” and it’s about mobilising patients rather than them just sitting in bed all day. So we will work in partnership with physiotherapy teams to get more patients moving on the ward and reducing the amount of time they spend sedentary and hence losing muscle strength.

We can also start to have discussions on the ward with people about their plans for discharge and what they might need, particularly if those individuals have no family support locally.

Ideally, we would also hope to continue some of that work in the community afterwards, either through supporting people at home with exercises or discussions on the importance of nutrition as well, because those go hand in hand.

What positive role does volunteering play in society in general?

Volunteering is good for society at a general population health and wellbeing level. And importantly it also makes our communities much nicer when people are connected – because communities that have a high level of social capital also tend to have greater trust and support.

This interview was part of a series brought to you by Elder. Wherever you’re looking for live-in carers in the UK, Elder have you covered and will ensure that all of your care needs are taken care of.

Prevention – The Pledge the NHS Really Needs from All of Us

Following this year’s General Election campaign which was dominated by the different political parties putting forward their funding proposals for the NHS and social care, is the long-term solution less about funding reactive healthcare and more about preventing the preventable?

LinkAge Network is a Bristol-based charity supporting community development for older people to help reduce social isolation and loneliness. CEO Jo Stokes talks to The Elder about the power and potential of the Network and her hopes for future community collaboration in the city.