We talk to campaigner, Consultant and Writer, Beth Britton, about the power of positive communication around dementia. 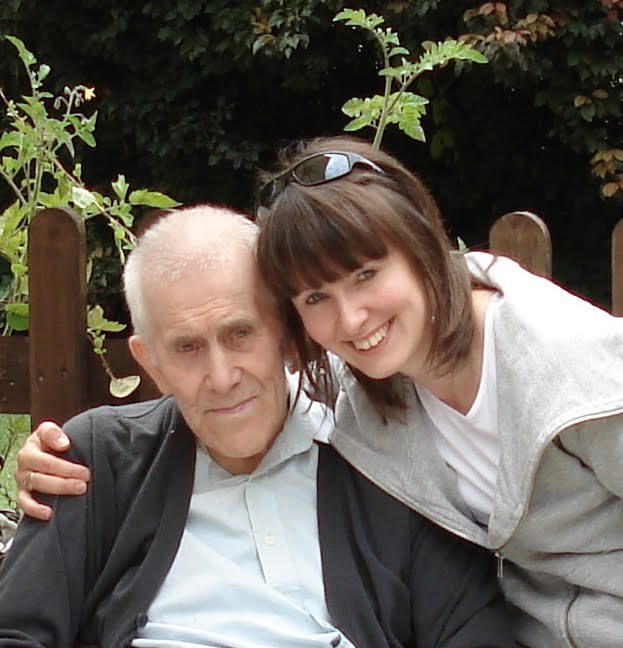 Beth Britton is a leading campaigner, consultant, writer and blogger on ageing, health, social care and dementia. Her experience caring for her father through his vascular dementia while she was in her teens and twenties, led her to set up D4Dementia, a blog aimed at providing support and advice to people faced with similar situations. She now consults with government, health and social care organisations and care professionals on best practice, and actively campaigns to promote debate and create improvements in dementia care.

My dad’s vascular dementia spanned 19 years. He went ten years without a diagnosis and then spent the last nine years of his life in three care homes before he passed away in April 2012. I started my blog – D4Dementia – in May 2012, mainly to share the positive things that had happened to us as a family through the experience of caring for my dad; his love of music and how it had helped him, for example. There was a relative mix of coverage at the time around dementia in the media and online, some good, some bad – but mostly it was on the negative side. When I launched D4Dementia I never expected it to become what it did; I thought I was going to go back to sports writing, to be honest. D4Dementia rapidly developed a fan base and people started following me on Twitter… and in Autumn 2012 I was shortlisted for a major award, which I eventually lost to the BBC.

I think D4Dementia was picked up so quickly in part due to the 2012 Prime Minister’s Challenge on Dementia, which developed the profile of dementia and created an interest that hadn’t been there before. It also helped that in my first week blogging I was retweeted by Alistair Campbell! I was a complete newbie to blogging and Twitter and those early months were very much a first dip of my toe in the water. I think I was a unique voice in that I was quite young in this space. Most people who are looking after a family member with dementia are much older, but my story stretched back to my teens and 20s, and I was blogging in my early 30s about it. People commented that my writing was balanced; that I tended to show both sides to an issue, and was very practical. I think there was a real quest for that kind of information in society then, and still is now.

To-date, I’ve done over 200 posts on D4Dementia and far and away the most read is the one I did on swallowing problems (dysphagia). People really want practical help to talk about things that don’t tend to get talked about, and this is one example. I included in the post lots of information about what we went through with my dad, who lived with swallowing problems for the last four years of his life.

People can think there is no help out there – and I am really proud of how my blog can reach them. Since beginning D4Dementia, my work has grown and led on to me working with many different government organisations, including NICE and Public Health England. At the moment, a lot of my consultancy work is with care providers.

D4Dementia is monthly now (when I began the blog it was daily) and I’ve made a commitment that every post will be as practical as possible. To date in 2017 I’ve written about the importance of routine (or abandoning it), the Mental Capacity Act, and most recently poly pharmacy (when people take more than four medicines regularly, something that applies to a lot of people with dementia).

My immediate experience of caring isn’t as immediate as it was – 2017 marks five years since my dad passed away – and a lot of my work now is informed by issues that come up in my consultancy work. And by extension my consultancy work is informed by things that come up in the health and social care landscape with care providers, and the people I meet now who are living with dementia. It’s a circle of knowledge – and an interesting world to be in, underpinned by my past personal experiences.

For me, D4Dementia and all the work I have done as a result is about the fact that everything my dad went through can inform, educate, and influence people in terms of care practice. It’s partly about keeping dad’s memory alive – I love him and miss him very much – but also so that all of those years of living with dementia are not lost. Many people care or work with a person with dementia for a long time, accumulating lots of experiences and good practice examples that are often lost because there is no mechanism to share them more widely. It’s important to get information from the experiences of other people, otherwise I don’t really see how we move forward.

Looking back, awareness of dementia has changed significantly since my dad was alive. I think the fact that my dad went 10 years without a diagnosis was in part due to a lack of information, both medically and for us as a family. We felt a confidence that dad’s GP would have picked something like this up – which wasn’t necessarily true. I like to think it wouldn’t happen now; generally, health professionals are better informed and there is a lot more awareness. Families, too, are hopefully more informed and would ask more direct questions as a result than we did. Alongside this, in the last few years there have been a lot of famous and high-profile people talking about their experience with dementia – people who are living, or have lived, with dementia such as author Terry Prachett and actress Prunella Scales, as well as comedian David Baddiel talking about his dad.

Some attitudes still need to be changed though. A common misconception remains that dementia is all about ageing, but it is affecting an increasing number of younger people now; those with learning disabilities, for example, generally develop dementia when they’re much younger. I’m currently involved in a 3-year project that links dementia and learning disabilities with the aim that we will improve awareness and education in the future.

There are also pervasive perceptions about dementia that people living with it are funny and “losing their marbles”. You wouldn’t talk about someone with cancer in that kind of way, so why would you around dementia? There is a lot of work to be done around language, and in dementia – words matter. In my consultancy work I stress that the way we talk about dementia, and people living with dementia, is such an important starting point. If you’re using negative terms then your mindset is such that you’re already approaching a person in a negative way, and are likely to provide a more negative care and support experience for them. I think that’s very counter-productive.

You have to understand and feel the personal element. Knowledge is one thing, but you have to have a passion alongside that to provide real person-centred dementia care.

I still don’t think a lot of dementia training hits the mark either. When it’s face-to-face it’s often given by people who have no personal experience of dementia. And a lot of education is done by remote learning, which is something that many people feel they have to “put themselves through” in order to tick the learning and development boxes; as a result, it’s not impactful.

Often someone like me comes in because the care hasn’t improved – I go in and try and unpick things to get an organisation to where it needs to be. You have to understand and feel the personal element in dementia care. Knowledge is one thing, but you have to have a passion alongside that to provide real person-centred care.

I’m able to share personal experiences when I’m training and mentoring people in a way that, I hope, really inspires them to go away and implement what I’m asking them to do. It’s my belief that if you give people the knowledge and passion then you can really start to help them to see the person – rather than the condition.

This interview was part of a series brought to you by Elder. Whether you are looking for live-in care in London or require assistance in another part of the country, Elder will ensure that all of your care needs are taken care of.

For information on Beth Britton’s campaigning and consultancy work http://www.bethbritton.com/

We talk to Christina Macdonald about what inspired her to write her book and the importance of thinking and planning ahead when your loved one has had a diagnosis of dementia.

James Ashwell’s experience of caring for his mum led him to set up the industry leading website Unforgettable.org – a one-stop dementia resource offering products, services and advice for those with the condition, their families and carers. We talked to him about the importance of providing accessible solutions and the power of even simple products to change the quality of life of someone with dementia.