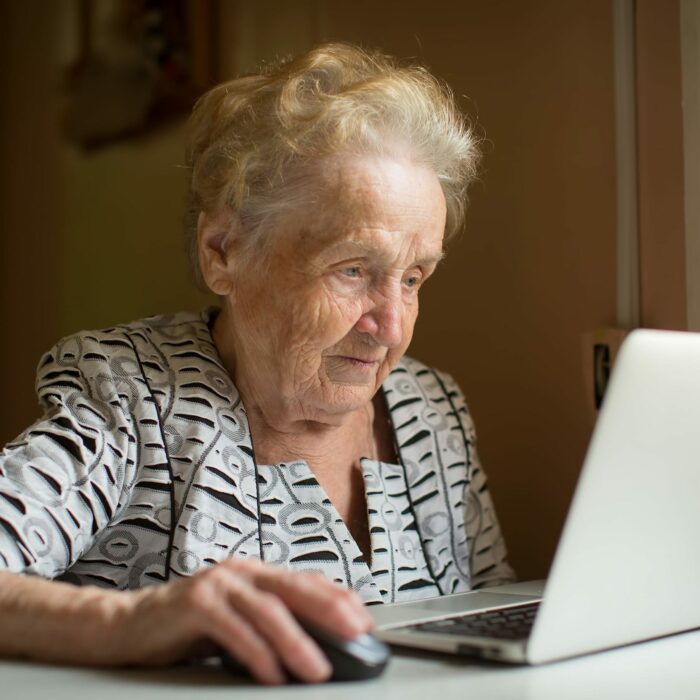 The first thing retired teacher Mary does when she gets up in the morning is read the news over a cup of tea. It’s a habit that she’s had for over 60 years, and nothing much has changed, apart from the person – her live-in carer Paula – who makes her cuppa for her – and the fact that she’s also in the second year of a distance learning BA in International Studies.

Since her husband Richard died, three years ago, Mary, who is 78, has relied on Paula for companionship and help round the house, both to ensure that she can live independently but also study – something that her lively mind needs to live life to the full. For Mary, growing old is just a physical phenomenon not a mental one. And she is not alone in this attitude.

Growing numbers of older people are clueing into the fact that staying active in mind is crucial to well-being and a strong sense of identity – and that acquiring knowledge isn’t the sole preserve of the young. Studying and applying ourselves to new skills can be enriching at any age, provide meaning and companionship and offering forward focus and the opportunity to discover new things to become passionate about.

The power of lifelong learning

More and more, research shows that an active brain is a healthier brain. In fact, evidence of the benefits of learning during later life is overwhelming, from its ability to help reduce loneliness and isolation to research by the Alzheimer’s Society showing it can help to delay onset of the disease.

It really can really be a case of “use it, rather than lose it”, but more than that, an active and enquiring mind is vital to staying…active and enquiring. Admittedly, as we get older, we might not pick new things up quite as speedily as we did when we were younger, but there are no age limitations on learning something new. And while older people might lack in what psychologists describe as “mechanical brain power”, there can be a strong counterbalance to this among the older generation who often have higher motivation levels and better discrimination skills.

Learning – at any age – is more than just the practical ability to play a scale on a piano, debate politics or speak Italian, though – it’s actually a core need for psychological wellbeing.

“Learning can help us build confidence and a sense of self-efficacy. It can also be a way of connecting with others too,’ says Vanessa King, positive psychology expert at Action for Happiness, a movement whose patron is the Dalai Lama. If you want to start with some fundamentals then Action for Happiness even runs its own eight-week course to explore what matters for a happy and meaningful life, considering big topics of the day and aimed at those who would like to see a more positive and caring society.

For many, lifelong learning may also be the difference between feeling a sense of agency in their own lives – rather than being “past it”, having “handed the baton” to the younger generation. It can hold the key to retaining real interest and curiosity in our abilities and life itself as individuals.

As clinical psychologist Dr David Holmes notes; “It’s a great way of getting out of a rut.”

He continues, “As we get older we look for stability and control, and we tend to fight against change. We like to stick with what we already know and feel comfortable and familiar with. That’s fine to an extent, but the problem is that life can become so stable and lacking in challenges that it becomes utterly boring. So boring, in fact, that we can begin to feel as though something really big is missing from it.

“Later-life learning addresses that. It creates interest and enthusiasm for things that are out of the ordinary when it comes to our day-to-day life.”

The message from all quarters then is that your horizons don’t need to contract as you age. On the contrary, you may now have the time you need to study for a degree, learn a new skill, explore a pastime you’ve always wanted to try.

A generation of baby boomers all entering later life has made the issue of meaningful – and even challenging – cognitive engagement and stimulation in later life a hot topic – and not just here, but around the world. In China, for example, the ageing population is such a huge demographic it has been dubbed the “grey wall of China”. By 2050 more than a quarter of China’s population – almost 500 million people – will be over 65, and government programmes such as its vast University of the Aged are frontline responses being developed to keep the population engaged and active.

In the UK, a pioneer of later life learning was the University of the Third Age (U3A) a nationwide network of learning groups aimed at encouraging older people no longer in full-time employment to share their knowledge, skills and interests at small local groups. Still going strong after more than 20 years, with 385,029 members in 1010 U3As throughout the UK, it is not a university in the conventional sense. Members share their skills and life experiences: the learners teach and the teachers learn, and there is no distinction between them. In addition, the range of interests on offer is huge; from military history, horse riding and lace-making to botany, computer science and astronomy.

If you do want to take qualifications though then many higher learning colleges and universities have provision for mature students and the UCAS guide for mature students is a good place to start to see if it’s for you. Many institutions also allow part-time courses at Centres for Lifelong Learning, or distance learning so you can study from home and save on tuition fees (some institutions also offer concessionary fees for senior citizens so be sure to enquire). Or look into certificate, diploma or degree courses at the Open University, which has been providing world-class distance learning for decades.

Taking up the baton to learn doesn’t have to mean committing yourself to a long or formal arrangement though. You might want to try out a few things in a casual way – and if that’s the case then look out for courses, workshops and even, perhaps, reading groups that are being run locally. Interesting talks and lectures are another way to stimulate the mind – whether online as a TED talk – or at organisations that can range from local ones such as the WI to venerable institutions such as the Royal Geographic Society.

Importantly, learning can also extend to people with conditions often found in ageing such as dementia – where limiting thought around the disease can often result in people shrinking back from continuing to exercise their cognition and learn new skills. Arts4Dementia, by contrast, is an organisation that sets up workshops in conjunction with arts venues, where people with early stage dementia can learn everything from painting and drawing and dance to music, opera and printmaking.

“We are interested in pushing boundaries,” says CEO Nigel Franklin. “We aim to take people out of their comfort zone and set the bar really high – to amaze them with what they are capable of doing, rather than adopt the traditional approach of give them easy things to do after a diagnosis. It’s often hard to get people with dementia to come though – particularly with Alzheimers. Apathy is one of the most common symptoms, but when they do, most people find it amazingly stimulating.”

Even if the will is there though, there may be challenges. Mobility may be one of the issues that can dissuade an older person from expanding into a new learning environment. However, thanks to the internet, access to resources has never been easier and online learning can be particularly good for seniors as it provides the tools and information needed, but also the ability to work at their own pace – and ask questions when needed.

Many home learning options involve a degree of technology, though – and here a family or live-in-carer can be invaluable as a bridge to teach and enable someone to get connected and confident enough to take advantage. Age UK also runs computer training courses to help people get online – to find out if your local area has one look on the Age UK website.

Once you’re connected, the world is at your fingertips, and the only problem may be deciding what to focus on, with everything from coding to creative writing and cookery available. Languages are particularly popular online courses and although learning a new language may not always be easy for older brains, research suggests it may even be able to help slow down age-related cognitive decline. One study, cited in the Journal of the American Academy of Neurology, examined the medical records of 648 Alzheimer’s patients in the Indian city of Hyderabad and found that bilinguals developed dementia around five years later than monolinguals.

There are a wealth of different ways to learn all kinds of language online – from apps and platforms such as free programme DuoLingo and Rosetta Stone, which also offers telephone support, to italki, which offers one-to-one online classes with native speakers and even local initiatives such as Say Something in Welsh.

In the end, the only limitation to what you can learn is your imagination.

To find a university course look at The Complete University Guide for information. UCAS processes all the university applications and you can also do a course search on its website.

– To find out about Arts4Dementia and see what is on in your area click on the website.

We talk to Christina Macdonald about what inspired her to write her book and the importance of thinking and planning ahead when your loved one has had a diagnosis of dementia.