We talk to Jim Boyd about the evolution of equity release and the potential of housing wealth in the social and healthcare space. 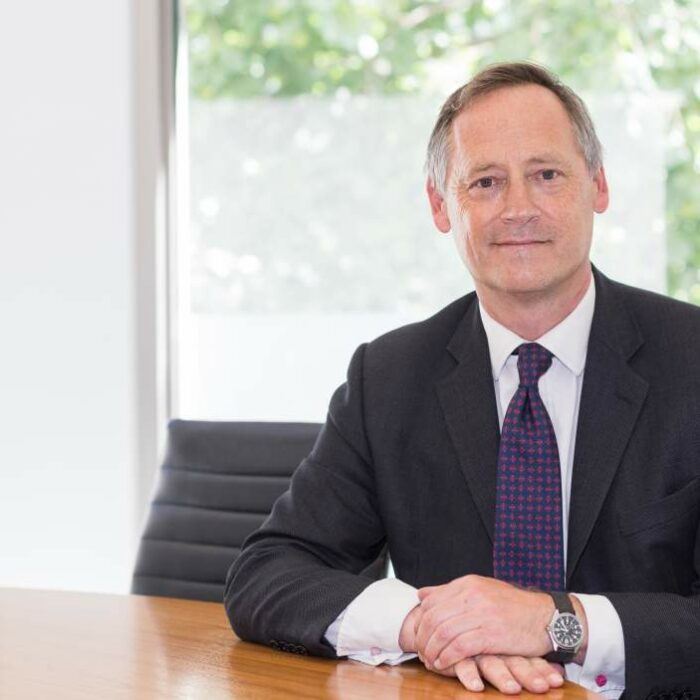 Since 2012, the Equity Release Council has been the representative trade association for the UK equity release sector, setting the standards and safeguards for its members – building on the pioneering work of its predecessor organisation Safe Home Income Plans (SHIP). We talk to CEO Jim Boyd about the evolution of equity release and the changing perception of housing wealth and its potential in the social and healthcare space.

What are the perceptions of equity release?

I think a lot of people don’t actually understand how equity release has evolved and the various benefits that are offered to people who are eligible for the product. Many don’t understand the safeguards that we offer. Our role, therefore, is two-fold – firstly, to inform and educate key audiences about equity release and secondly, to set the standards and safeguards that we expect our members to adhere to. We’re very much consumer focused and there’s a desire to generate further awareness of the benefits and the safeguards offered for customers who are considering equity release.

What sort of safeguards are there and how recent are they?

The core product safeguards have been in place since the beginning in 1991. These include the benefits of a “no negative equity guarantee”, which means you never owe more than you own. So when the property is sold and the agent’s and solicitor’s fees have been paid, neither you or your estate will be liable to pay any more, even if the amount left is not enough to repay the loan and interest.

"People who have insufficient funds and savings and who wish to receive care in their own homes rather than residential care homes will often look to the equity in their properties as a way to do this."

You also have the right to move to another property and downsize, providing it’s acceptable to the lender as continuing security for your equity release loan. And for me I think the really important thing is that you’ve got a right to remain in your property for life as long as the property remains your main residence, and unless you go into residential care.

Finally, certainly in terms of lifetime mortgages, the interest rate which is quoted to you is fixed – or if it’s variable then it’s capped for the life of the loan – so that gives clear parameters and fundamental safeguards within which you can consider the decision of equity release.

What would you recommend to someone who is looking into equity release?

You should only get advice from a suitably qualified and regulated financial adviser who is a member of the Equity Release Council. They will conduct a full assessment of your needs beforehand to ensure you have considered all your options. Our standards also require potential customers to obtain independent legal advice, and this is important because it ensures that as a customer you understand all the terms involved and you are satisfied that equity release is the right financial product for you.

An independent solicitor is also a way of helping to ensure that the person isn’t being put under any pressure from any other members of their family to release money – and we encourage that conversation to take place between all generations within the family.

"The key thing is that an equity release product is appropriate and right for the person purchasing it – and according to the FCA we’re the least complained about home finance product in the UK."

As a result of these safeguards, an equity release process takes quite a bit of time but we believe careful consideration is vital – the key thing is that the product is appropriate and right for the person purchasing it. As a result, according to the FCA we’re the least complained about home finance product in the UK.

If not, there are many other financial products that you can consider choosing, and quite a lot of people in the course of the equity release process will say “no thank you” – as having learned more about the product, they realise it is not quite right for them.

Why has equity release gained in popularity as a financial solution over the past decade?

The ageing population is growing rapidly, with people over the age of 80 being the fastest growing cohort and with this comes an increased need for care. There are other important consumer needs too that housing equity can address for people who are asset rich and cash poor.

Housing wealth is significant compared to other assets and typically the largest financial asset held by people. According to the Department of Work and Pensions (DWP) an average UK retired couple has just under £30,000 a year to live on, a large part of which is the state pension.

This means there’s not a huge amount of income for people over the course of a long retirement, while at the same time they are sitting on quite significant property values. The average British property price was £231,000 in December 2018; and it is estimated 73 percent of properties owned by people over 65 are non-mortgaged.

Two other factors play a part: the first is that a lot of pensioners are retiring in debt – with those in debt owing on average £33,000. The second is that around 600,000 interest-only mortgages are due to expire by 2020 and it’s not obvious that people have the appropriate endowment funds to meet those.

Do you expect to see the further growth of equity release as a solution as future generations save less and state pension goes down and down?

We’ve seen the large growth in this market in the last three years driven principally by consumer need, but also because of an increase in the number of new product options being designed for consumers.

We anticipate that people who have insufficient funds and savings and who wish to live longer and receive care in their own homes rather than residential care homes, will look to the equity in their properties as a way to do this.

If properly advised they might be able to release income or a lump sum which will allow them to make adaptations to their house, for example by investing in new technologies or a downstairs bathroom or wet-room, without which it wouldn’t really be possible to stay in their accommodation in very old age.

By comparison, the young are among the most indebted of generations ever. It is unlikely that they will ever enjoy similar inflationary increases in house prices, they won’t benefit from final salary schemes and they won’t benefit in the way previous generations have, from things such as access to free education for themselves or their families.

So there’s going to be an increasing debate about whether it is fair to rely on the young through direct taxation to meet the needs of gradually growing elderly cohorts.

For policy makers, one of the solutions may be to look at social insurance models to fund care in the future, and there has been a bit of flag waving from the government about this. Certainly the wealthier cohorts in later life will be encouraged to seek sources of finance for their health and social care – and housing wealth clearly stands out as one of those sources.

How has the equity release product evolved in response to market demands?

The sector has enjoyed the support of major players for years, such as Aviva, Just and LV= and more have joined in recent years, such as Legal & General and Nationwide – the result being that there is now a significant choice of equity release products with increased optionality. The products are tailored to meet consumer needs and offer greater utility for people and I think that will play a big role in the growth of the sector too.

I also anticipate that rates are likely to come down because more providers will come into the market; the average rate for a lifetime mortgage – the most prevalent product – is about 5.2 percent at the moment, but 80 percent of those products now offer the option for voluntary partial repayments without penalty.

There are other options too; for example, where you can guarantee a minimum amount of equity to leave behind as an inheritance. This reduces the maximum loan amount but ensures a fixed percentage of the property value can be preserved for your beneficiaries, regardless of the total interest accrued by the loan.

However, we find that the vast majority of people need equity release as a general supplement for retirement income. They may also want to make home improvements, pay off debts or even go on holiday. Those who do seek to use their house as an intergenerational bequest to the next generation though can release money to help their children or grandchildren onto the housing ladder or to help them with education fees, so the product doesn’t just offer entrenched benefits for the elderly, it’s a great way of benefiting different generations.

There is a big change happening in the way people are looking at their housing assets. Equity release is not for everyone, but we find that the people who enter these contracts often enjoy having options, taking control – and ultimately benefiting from this asset they’ve spent their whole life building and developing.