Parkinson’s disease: The Developments and Challenges of New Brain Therapies

We talked to Dr. Emma Lane about the challenges of delivering medicine to the brain, her research in Parkinson’s and its potential application to other brain conditions in the future.

What are the challenges in studying how medicines interact with the brain?

There are some very specific challenges, and one is getting small drug molecules to the brain in the first place. When we’re trying to treat the rest of the body we spend a lot of time ensuring drugs don’t get to the brain to try and manage any potential side effects.

The concern when you’re trying to treat the brain is trying to get enough drug up to the brain without causing effects in the rest of the body – because if you have swallowed a tablet the medicine will go everywhere.

The other big challenge is targeting specific areas in the brain. A lot of the chemicals in the brain – the neurotransmitters – are not specific to one part of the brain. They are present in different areas of the brain and have different functions – so trying to develop a drug that specifically alleviates the deficit associated with one disease and doesn’t produce any side effects or affect other parts of the brain is very complicated,

The long-term implications of trying to target the brain are that, depending on the issues you are looking at, if a drug reaches the brain there’s a potential to activate areas that relate to addiction and that’s obviously something you also want to avoid.

How can drugs help manage Parkinson’s and what are the issues around neuropharmacology in this disease?

The main drug for Parkinson’s treatment, Levodopa, has been around for over 50 years. The chemical that gets lost in the brain due to Parkinson’s is dopamine and that starts as a dietary amino acid – something we eat in our food – before it gets converted. One of the intermediary stages in that conversion pathway to dopamine is L-dopa.

Levodopa is a useful drug to take because our brains can then convert it into dopamine – but our gut is also very good at converting it into dopamine. So we need to make sure we take medication to stop it becoming converted in the body to allow enough to get up to the brain where it is needed.

Levodopa has been a fantastic discovery and has really revolutionised the ability to treat Parkinson’s, but if you keep taking the drug over a long period it causes some quite serious motor side effects.

Patients with Parkinson’s disease go from not being able to move, to being able to move after they take their Levodopa – but if they keep taking it then at some point in 5-10 years after they start taking it, the drug can start to cause excessive uncontrolled movements called Levodopa-induced dyskinesia. And it is this that stops this drug being the complete panacea for those with Parkinson’s.

"In Parkinson’s, we need to lose around 70 percent of our dopamine before we start to get symptoms, so the disease is already well progressed by the time we can diagnose it."

What is the aim of your research around Parkinson’s?

A current goal is to try to replace the dopamine in the brain using an alternative strategy to taking Levodopa – replacing the brain cells that have died by putting dopamine-producing brain cells, or neurons, back into the brain is one way that we are exploring.

There are two ways in which we can supply those neurons; the first is that you can take developing brain cells such as foetal cells and transplant them into the brain. We know these can help improve the symptoms of people with Parkinson’s and reduce the amount of drugs a person needs to take.

The problem is that this is ethically and practically compromised because of where the cells come from – and lots of people, understandably, have moral objections to taking that tissue and putting it into their brain. As such it makes it very complex, and not scalable.

In addition to those issues, clinical trials run at the turn of the millennium in Europe and the USA, which transplanted foetal cells into the brain, showed some side effects directly related to these cells. These side effects were similar to the ones we see with Levodopa, and have been termed graft-induced dyskinesia.

The alternative to foetal cells is to use stem cells, which are defined in two ways: as cells that have the ability to keep dividing, but also those that have the potential to become any cell in the body. With the right set of ‘instructions’, we can guide those cells into becoming neurons or dopamine-producing brain cells.

My research is currently focused on how we can get the best efficacy from the cells that are transplanted and avoid the same side effects with stem cells. To do this we are trying to make the models we use in the laboratory more similar to patients, and to make sure we understand the compatibility with medication patients might take at the same time.

I currently work in association with the Brain Repair And Intracranial Neurotherapeutics (BRAIN) Unit, a consortium of scientists and neurosurgeons who are looking at how you perform this kind of surgery accurately and for the most benefit of the patient.

As part of the BRAIN Unit at Cardiff University we’ve got one of the top imaging institutes in the world called CUBRIC who are also looking at what we’re able to visualise in the brain, whether we can see these cell grafts and where they end up in the brain.

Has this cell transplant technology got potential applications to help conditions beyond Parkinson’s, such as dementia?

This is a technology that can hopefully be applied to other neurodegenerative diseases and neurological conditions. With Parkinson’s and Huntington’s diseases, a relatively discrete set of cells in a specific area of the brain are degenerating and it is this that causes the main symptoms.

One of the concerns with something like Alzheimer’s disease is that the cells are lost over a larger area of the brain – so the question remains as to whether you can truly replace the cells affected.

It is being explored, but it may be that rather than delivering the lost neurotransmitters we could eventually deliver something that will help protect the brain – ‘neuroprotective factors’ – to stop the other cells from dying or degenerating.

It’s very difficult to repair the aged brain. The brain produces lots and lots of cells as it develops and then (in our teens) it goes through a process of pruning and choosing which cells and which connections it needs as it matures.

Cells have a finite lifetime and whereas in most of our body we can replace cells, the brain only produces new cells in some very specific areas that we think are more related to learning and memory – and not in large quantities.

The brain itself is very good at being able to compensate when some of the cells start to die and by the time you have symptoms of slow degenerative diseases you’ve already lost a lot of cells.

We start to see symptoms basically when the brain has run out of ability to compensate. In Parkinson’s we need to lose around 70 percent of our dopamine in order to start getting the symptoms, so the disease is already well progressed by the time it is diagnosed.

One of the big areas of research into degenerative diseases now is trying to identify people who are still functioning normally, in the case of dementia they have no signs of cognitive impairment but might be at risk of developing it – and exploring whether we could then intervene early to ensure they don’t cross over the threshold into dementia. 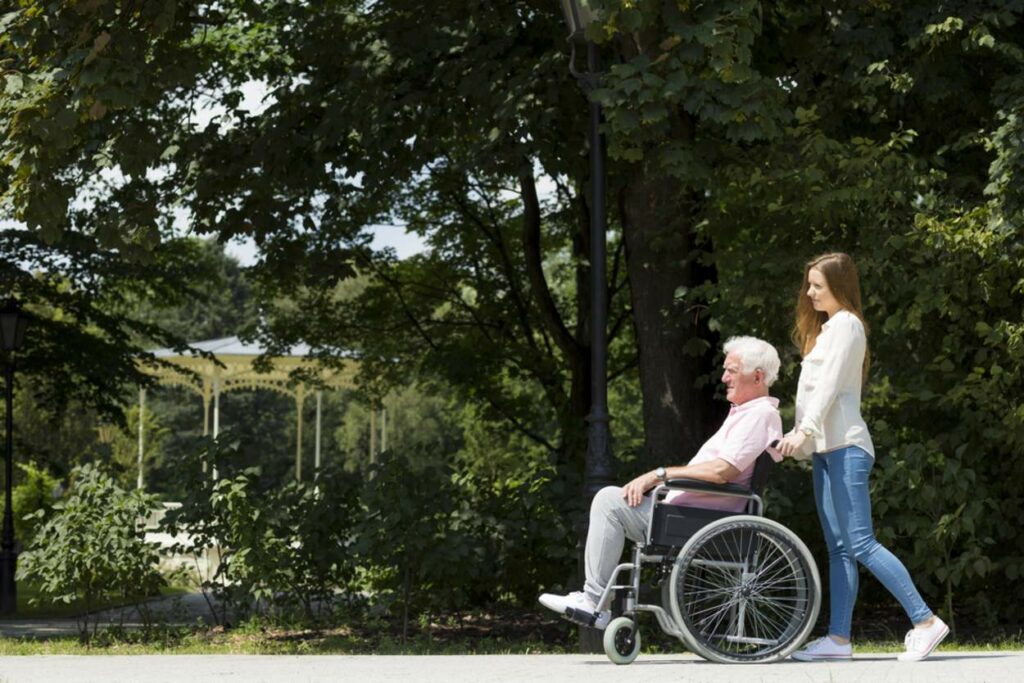 How can people get involved with this type of research?

Many bench scientists do not get the opportunity to meet people with the condition they are researching because we spend our lives in the laboratory. Regardless of the nature of the research, we always need to have an eye on people living with the condition we are studying. And similarly if we are conducting clinical trials we need to know that how we run that trial is going to be sensitive to the needs of the participants.

One of the things I am keen on is that members of the public can become involved in and help shape research and I lead a Patient-Public Involvement group as part of the BRAIN Unit called BRAINInvolve. This is a way for members of the public to get involved in helping us as scientists shape the way we do our research, asking the important questions and answering them in a way that is relevant to people living with the condition.

Within Wales you can contact the BRAIN Unit but there are Public, Patient Involvement opportunities across the country, interested in different diseases, with local NHS bodies or universities. I would encourage people to look at them – their input is so valuable to ensuring the research is relevant and that we continue to have meaningful engagement with members of the public about how we conduct our research.

This interview was part of a series brought to you by Elder. Wherever you may need a live-in carer in the UK, Elder can help.

You can find out more information about how live-in care can assist with those living with Parkinson’s here.