How to Age Without Fear and Be Bolder: An Interview with Dominique Afacan

“Life Lessons from People Older and Wiser than You” – how Bolder is offering up new perspectives on ageing. 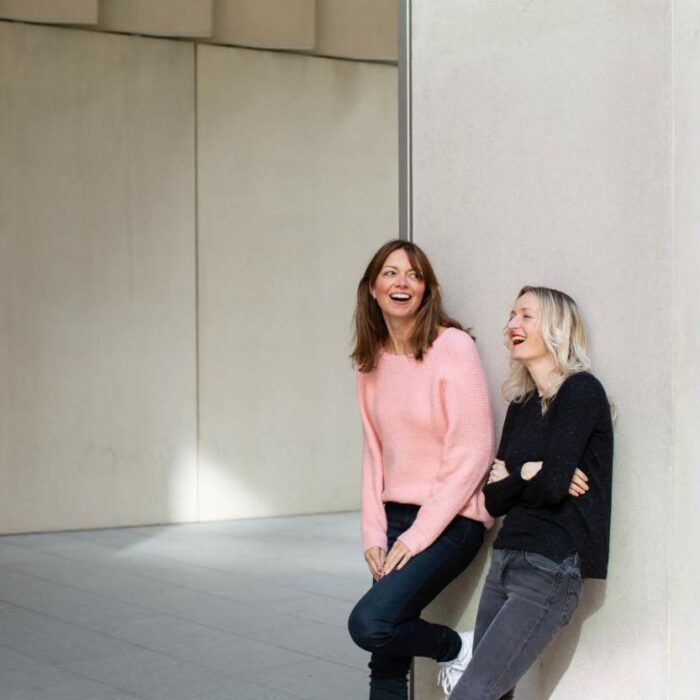 When thirty-something friends Dominique Afacan and Helen Cathcart set up Bolder to try and conquer their fear of ageing they had no idea how popular it would become. Through interviewing older people and celebrating their verve, wisdom and perspectives they created inspiration – not just for themselves, but for an audience of peers keen to see growing older could be an enriching experience. And with a new Bolder book out this month, both are as passionate as ever about looking at ageing in a positive and powerful light.

We talked to Dominque about the impact that Bolder has had both on her life and on the narrative around ageing in society.

What was the inspiration behind setting up the Bolder website?

Helen and I first met in our twenties when we were working at an inflight magazine publisher – she was a photographer and I was an editor and we used to get sent on assignments together a lot. By the time we were in our mid-thirties we’d started panicking because neither of us had ticked off any of the life milestones you’re “meant” to have ticked off by certain ages. People kept saying things like, ‘ooh, you’re running out of time,’ and that would make us panic even more and think, ‘it’s all downhill from here.

But we also suspected that this was ridiculous and decided that we should do something about it. Over a bottle of wine, we thought, ‘Why don’t we meet some of these people rather than just imagining how rubbish it’s all going to be, and then we can speak to them about their lives and photograph them?’

We decided to make the people we would interview 70 and above because that was the age we felt was “old” then – I don’t know why. Obviously since then we’ve changed that dramatically and now anyone at the 70 end is a “bit too young”. The first person we talked to was an artist and he was still creating, enjoying what he did and was full of energy and life and that instantly started to make us feel better.

The website grew quickly – it obviously struck a chord with people – and within six months we were speaking at the Cannes Lions Festival, and getting loads of press. We also had loads of people writing to us saying, ‘thank you, I needed to hear this,’.

Was it the lack of visibility of positive older people that prompted you to do this?

There were other websites celebrating older people at the time – but the point of difference was that there was no one our age doing it. Once we started, we realised it was our generation who needed it most, because the older people didn’t care about ageing any more. Everyone we spoke to was like, ‘old news, get over it dude,’ it’s our age group that are scared. So linking the generations became an important part of what we were doing and our audience was actually totally different to how we imagined it would be; in fact it ended up being most popular with people of our own age.

Do you think a lack of generational interaction and generational role models is a key reason we live in such an ageist society?

I think the lack of intergenerational conversations is a big part of it – and I also think there’s a communal fear of getting old, so we like to put it off and pretend that that’s not something that’s going to happen to us. Ageism is a ridiculous prejudice because we’re ultimately being prejudiced against ourselves – we’re all ageing every minute.

What do you consider to be “old” now, having written Bolder?

I’ve changed my opinion about age – and any labelling at all to be honest. It’s become apparent to me that age is, to coin a cliché, just a number, not a homogenous group that we can just shove everyone “old” in to.

I’ve met people who are 72, frail but with a brilliant mind and I’ve met 90 year olds who are jumping out of planes, so there really isn’t a one size fits all, ‘this is what you’ll be when you’re 75!’ answer. One of the doctors I spoke to for Bolder said, ‘we don’t look at age in the medical world, we look at biological or medical age,’. In other words, age is not necessarily aligned with how many years you’ve been on the planet.

How dangerous it is to let society dictate what ageing should look like?

I found it stressful even at my age being told what I should do and all the things I should have achieved and it’s no different when you get to 70 when society’s telling you that you’ll probably be ill and you’ll probably be lonely. It’s dangerous because it becomes self-fulfilling in a way, and it also spawns more fear which is what got us here in the first place.

"Once we started Bolder, we realised that it was our generation which needed it most, because the older people didn’t care about ageing any more. Everyone we spoke to was like, ‘old news, get over it dude."

When we started Bolder we realised one day that most of the products in our makeup bags were stamped with the words “anti-ageing”. That is a horrible phrase when you think about it. We don’t want to be getting older? What?!’ It’s mad. Once you start paying attention you realise it’s everywhere; all over advertising, the films we see and the people who present the programmes we watch. Older people just aren’t seen as relevant in the public eye. And if they are seen it’s a kind of tokenism – like the recent modelling craze for people over 80, for example, which was “fine – but just for one season on the catwalk”.

The 100-year-old marathon runner trope is often presented as a way of saying “we’re not ageist” in the media but is that as limiting as presenting age as a time of inevitable decline?

We were really worried about being like that with Bolder actually, as your natural inclination is to go towards those people because; one, it’s a good story, and two, there’s already so much focus on the opposite end of the scale that your reaction is to say, ‘well look, this man’s running a marathon and he’s 1000 years old!’

We have included some people like that; we have an 82-year-old skydiver who did 80 jumps on his 80thbirthday, and a 92-year-old who went wing-walking for her birthday. But we also have a lot of interviews with creatives, as they all seem to be people that carry on working forever because they love what they do. I know that everyone is creative and not everyone gets to carry on doing the job they love forever, and it’s difficult to be totally inclusive but we went on more and more people wrote in and said, ‘you should meet my granny, she’s amazing,’ and it has become much more about an attitude rather than something that they’ve achieved.

Is successful ageing about this willingness to live a full life and not be defined by ‘shoulds’?

The whole takeaway from the project is that everything comes down to attitude. Most of them are just real optimists and doers. I would say about 99% of the people we interview for Bolder fall into the former camp and I wonder whether that’s why they’re still doing what they love and being active and manage to be relevant and positive.

They just share an amazing attitude towards life, and that’s not because none of them have been touched by trauma, they all have. For example, Muffy, our Bolder book cover star related life to a game of tennis. She said, ‘you win some, you lose some, you just get up and carry on playing.’ Helen and I still say, ‘think Muffy,’ whenever we’re being negative – we changed her into a motivational phrase!

How do you see yourself growing older?

I really don’t know, but doing this has really showed me that it’s not as scary as I thought it was. It has made me think that I’m going to ignore the panic around life milestones though, and that I’ll do things at my own pace because the people I have spoken to have genuinely inspired me. When it comes to how I age I have adjusted my mindset to be more, ‘I’m going to do things my way – you do you, I’ll do me.’

"I’ve changed my opinion about age – and any labelling at all to be honest. It’s become apparent to me that age is, to coin a cliché, just a number, not a homogenous group that we can just shove everyone “old” in to."

One of the things we did find though was that most people look after themselves diet-and health-wise so that’s something that I’ve taken on board. When we started it, we would see those newspaper stories with headlines like, ’98-year-old man has smoked 1,000 cigarettes a day and he’s still alive,’ and I love those stories because I’m pretty unhealthy. But everyone we met had some kind of health routine. No one drank much, nobody smoked, and I thought, ‘ah, the NHS isn’t lying to us, it probably is a good idea to cut down on bad things!’ So I ‘ve started looking after myself a lot more since starting Bolder.

What makes a Bolder person for you?

All we said was that they still had to be doing something; so either creating, being active or being inspiring in some way. For example, one of my friends said, ‘You’ve got to speak to my cobbler in Brixton Market, he’s amazing,’ so I did and he IS amazing and he’s in the book. it’s not necessarily that they’ve done anything huge, it’s just that when you meet them they’ve got this amazing attitude. Everyone has something interesting to say if you bother to listen, but a lot of this generation aren’t heard.

This interview was part of a series brought to you by Elder, the company who can take care of all your loved one’s live-in care costs. If you’re looking for live-in care in the UK, Elder can help.

Bolder by Dominque Afacan and Helen Cathcart is available from Amazon.