Defining Ageing as a Privilege: with Carl Honoré

We talked to the author about why he felt inspired to write his new book Bolder, and the challenges – and surprises – of researching and writing about growing older in a world that often presents ageing as a problem, rather than a privilege. 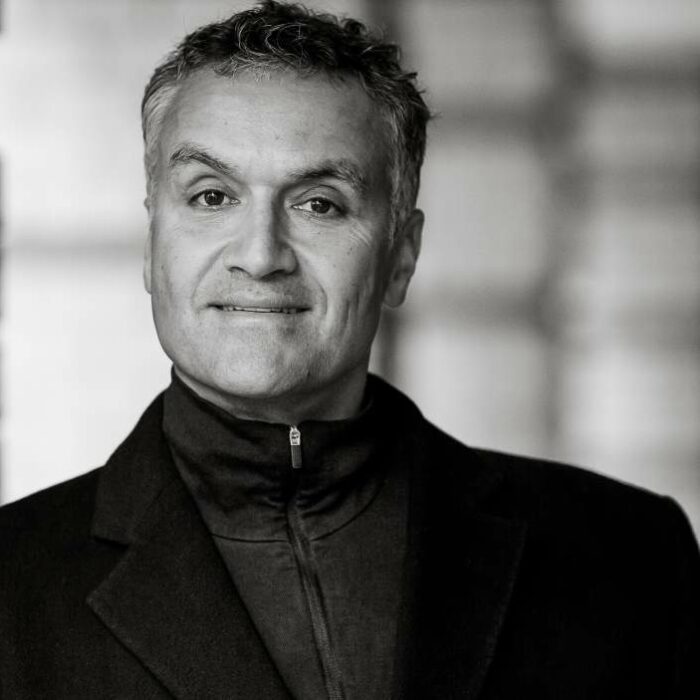 His international bestseller In Praise of Slow inspired a ‘slow revolution’ against the “cult of speed” in modern life, now author Carl Honoré is turning his attention to how we view ageing with his new book Bolder, out today.

Why did you want to write about ageing, and why now?

As with all my books, it started from a very personal place – I always end up writing about something when it’s chipping away at the back of my mind. The longevity revolution has put big questions on the table: how do we rethink social security, what do we do about politics, what’s housing going to look like the future, how will the family unit evolve? All these things are now being rethought because of the changing demographics.

It felt like all this was in the ether, and at the same time, it intersected with me reaching a certain point in my own life. I had always had a pretty toxic view of ageing, but towards your late 40s I think the tectonic plates begin to move beneath your feet in a way you can’t deny, run away from or be bored by.

Everyone has some kind of wake up call about ageing – and mine was realising I was the oldest player at a hockey tournament at 48. I hadn’t actually thought about ageing in any meaningful way until that moment and it was an epiphany being in that hockey locker room, a place that’s always been a part of who I am, and suddenly seeing myself in sharp relief as being ‘not what I thought I was’.

"Deficit is the narrative that’s woven into our way of thinking about ageing. What I found fascinating is that as soon as you start doing the research you find there is a whole other story to be told that just doesn’t break out into the conversation"

I took the train home with my teammates after the match as usual, but the idea was sitting at the back of my mind. I thought “there’s something here”. And as a journalist, you want to know not only your own story but how that fits in with the bigger story.

How does the western world view ageing and why?

We are stuck in ‘worst case scenario’ mode with regard to ageing – it’s always tied up in our minds with going downhill; whether that’s a physical decline, mental unravelling, loss of self, beauty, place in the world or social importance.

Deficit is the narrative that’s woven into our way of thinking about growing older. What I found so fascinating – and uplifting – about writing the book though is that as soon as you start doing the research you find there is a ‘good news’ story about ageing that you never hear about.

Ageing is a great leveller and that should be a liberating thought. But if everything about something is ‘bad’ you tend not to think about it. So I think we just outsource all of our feelings about ageing and push it away so we don’t have to confront it. Or we cover it up superficially by trying to look younger or pretending we’re another age.

Inside you just feel ‘who you are’ and that’s so disconnected from ‘what age you are’. Obviously, age is important though, and it’s dishonest and unhelpful to pretend you haven’t lived those years. If we do that we end up slicing off a part of our experience which makes life a lot less rich and worthwhile.

I don’t use the word ageless in the book because we all have an age, and why not flip the language round? Instead of saying I ‘am’ X years old, maybe we could say, “I have lived this long”, which is a very different way of thinking about it. You’re a work in progress and on a continuum. If you say ‘I am 30’ you are putting yourself in a box of ‘people who are 30’ – it feels limiting. Whereas if you say I have lived 30 years and here’s how those years have shaped me, it feels more like a doing, than a being.

"It’s important to realise that so many of the fruits of human happiness are there for us at all ages in different forms."

One of the aims of the book is to say, “here’s this chamber of horrors we all have in our mind when we conceive of ageing, but actually there is a whole other story to be told here that will make you realise it’s not as horrifying as you think”. Sure, we lose some things as we age, but many others stay the same and some get even better.

Who does this ageing ‘chamber of horrors’ idea serve?

I think it serves the youth-centric industrial complex – there’s a lot of money to be made from people feeling bad about ageing. The paradox though is that the marketing departments are all run by 30-year-olds who think anyone over 45 is ancient – but there is big money in older pockets now. In a way, it’s part of a big social shift and it makes me optimistic that our view of ageing will change.

The experience of ageing can vary greatly between people. How important is it to break down this idea of older age homogeneity?

I think the idea that growing older is the same for everyone goes hand in hand with this worst-case scenario about ageing – we have one box for older people and that’s a dreadful box to be in. When you look at some of the research people tend to have a more favourable view of older people they know versus those they don’t, and that creates the idea of them being ‘The Other’ – or ‘not like you’. And this is the problem; once you have The Other you don’t tend to invest much energy in nuance.

I wanted the book to be true and honest and that meant talking about the downsides. Not everybody ages the same way, and I kept mentioning this through the book, because I didn’t want to fall into the trap of making a perfunctory nod to this at the start, and then having the rest of the book be about super agers climbing mountains and running marathons.

The media also loves to report this kind of ageing, which is the flipside of the coin and also part of the problem. If you tell people that there’s only one way to age – which is badly – or that the only alternative is to become a super ager, then that’s not going to work.

When I talk about people in the book who are doing extreme stuff at 96 years old I give them one line. It’s enough to know they’re doing it. Most of us in later life are neither drooling nor dazzling: we’re somewhere in between and, with the right attitude and a little luck, that somewhere can be pretty wonderful.

What is one of the key ways in which we can begin to change how we feel about ageing?

It’s important to realise that so many of the fruits of human happiness are there for us at all ages in different forms. If you have a ‘chamber of horrors’ view, there is implicit pressure and a deadline to do everything before a certain age. And as such we’re not letting our lives ripen; instead, we’re trying to wolf all the fruits down in our thirties because we think “by the time I am 48 this won’t be here for me any more”.

When you create an idea of ageing as being an adventure you move through, at each stage trying to bring your best self – then you’re going to be able to enjoy wonderful things right to the end. It lets in air and takes away some of the impetus to rush through our lives rather than live them. 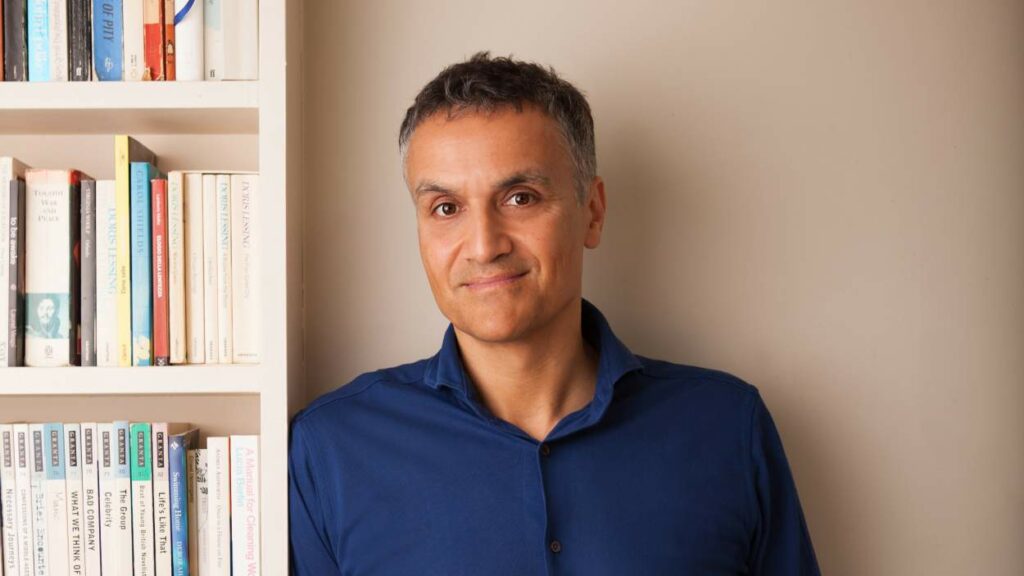 Were there any chapters that really surprised you when you were writing?

The sex and romance chapter was unexpected too, because I had bought into that idea that it’s all ‘hot water bottles and separate beds’ when you get older. And the other big thing that really surprised me was the universal leitmotif among people in later life wanting to leave a legacy, to do something bigger than just about the self. That wasn’t on my radar at all and it was a nice surprise.

What did you learn while writing the book?

How we see ourselves, how we see people ageing around us and how we see the connection between the two permeates the book and that dynamic was something that became more deliciously complex as I went along. Another of the big things I learned about ageing is that there’s not an answer to every question. This is my fourth book and I was much more comfortable here with not answering every question and not knowing everything than I was in my earlier books.

You wanted to feel okay about ageing when you set out to write the book? Do you now?

I do thankfully. To be honest, that was my biggest worry about this book – that I’d get to the end and think “there’s no hope!” I was carrying around a rucksack of worry about ageing when I started it; even though I wasn’t really focusing on it, I knew it was there and I feel lighter now. I couldn’t have written this book 20 years ago – but I wish there had been a book like this around for me to read when I was 30: it would have saved me two decades of anxiety and dread!

This interview was part of a series brought to you by Elder, the company who can take care of all your loved one’s live-in care needs. Whether you are looking for live-in care in London or require assistance in another part of the country, Elder can help.

Bolder by Carl Honoré is available from Amazon and all good bookshops RRP £16.99