The Sea Hero Quest smartphone game is a research project designed to gather data on people’s navigation strategies, or how they get from point-to-point. 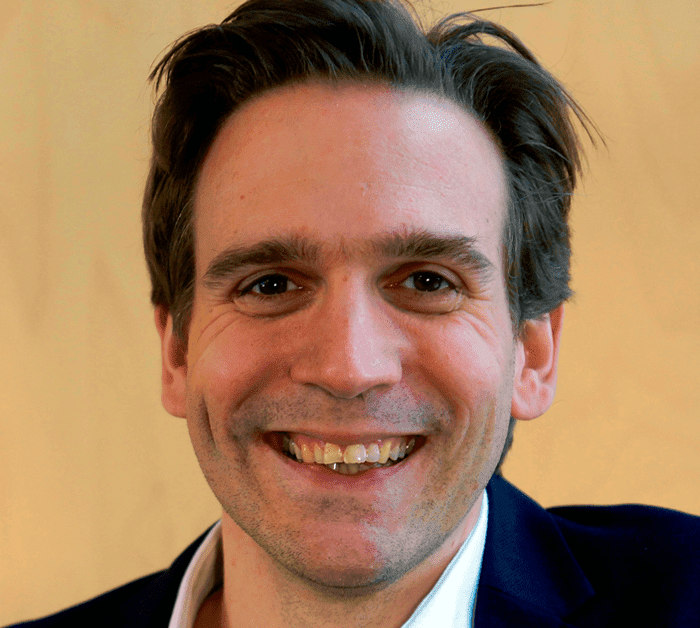 How did the Sea Hero Quest game begin?

I had a PhD student a few years back who was very interested in spatial navigation because we always saw that our Alzheimer’s patients, in particular, had specific problems with this.

The simplest way to think about navigation is, how you find your way from one point to another. We did a study, published it and realised after that it was difficult to see what was healthy or normal navigation, in particular for older people, as that there was no big data on this or what we call ‘population level data’.

Sometime after, I attended a Wellcome Trust workshop about gaming and science. Talking to gaming companies there, it became obvious that gaming uses a lot of navigation intuitively – and the idea was born there.

Luckily, an opportunity came up around the same time via Deutsche Telecom, which was looking for a charity project to support. I submitted an idea to use a game to collect very large navigation data on a population level. To be honest, I thought it was ambitious, and I didn’t think it would get selected, but it did.

After that, my first phone call was to Dr. Hugo Spiers at UCL who is an old friend and colleague. I am a dementia specialist, but Hugo is a navigation specialist, and works a lot with healthy younger people, scanning them in an MRI scanner to see how their brain changes with navigation activation. Hugo and I – together with the games company Glitchers – created Sea Hero Quest.

What was the aim of Sea Hero Quest?

The aim of the game was to create a way to collect the first population level navigation data. Critically we didn’t just want to put up an online experiment, we wanted a game that was fun to play but at the same time would create valid scientific data.

It was a very interdisciplinary project – first in establishing communication between two very different areas – and then realising how much in common we have.

The game took roughly a year to complete and was launched in 2016. In the end, it had several levels, with different navigational challenges, although we don’t tell the players this, they just play it. The whole environment of the game was a bespoke creation – so we could find out where people wished to travel and what they use to navigate and so on.

If you play it, the game looks rather casual, but the science behind it is really solid – we were very careful about how we designed it. When players start the game they know it is contributing to science and they have to consent for their data to be used – if they don’t consent they can still play it, but we don’t collect the data.

The more controversial findings are that there are strong gender differences in navigation, which has surprised us. The urban myth that men and women navigate differently may have some truth to it.

What kind of response did people have to the game?

Before we launched, we had a meeting with our funders, who asked us how many people we wanted to ‘collect’ with Sea Hero Quest.

We had looked into other studies that have used this kind of approach and couldn’t find any direction on that. We knew that in epidemiological studies (the study of disease) you need at least 100,000 people to provide useful data – so we were far from confident that we could actually collect this amount of data.

However, we all completely underestimated the gaming world because we collected 100,000 people’s data in the first two days after the launch, which was absolutely mind-blowing.

We’re now on the threshold on having collected three million people’s data, thanks to PR, promotion from dementia charities and social media, which has played a huge role in getting the word out.

Who has been playing the game?

The people who play it fall into two camps; the first is made up of the classic casual gamers who just want to find out about the game and play it. This is why it was so important for us that it was fun to play because we did not want to just select people from the other category, which is people who want to help dementia research and therefore play just to help out.

We wanted to get as broad a cross section as possible – in research what you worry about is a phenomenon called ‘selection bias’, where you select the group doing your experiment, but by doing so, you create a bias for a specific group of people, either implicitly or explicitly. We wanted as many different people to play the game as possible because we wanted to get a view of the ‘normal population’.

What have you learned so far from the game data?

We are currently writing our first publication relating to the data, which will come out in the Autumn and here we’re only really looking at what we call the demographic data – because the data is so huge now.

When we launched, we were only targeting Western Europe – but now have gaming data for 193 countries! The first publication looks at how people’s navigation behaviour changes over age, geographic location and gender, but it is only the tip of the iceberg.

We’ve found navigation changes across ages, which we were not previously aware of. You have your best navigation at 18 or 19 and then it declines, so bad news for most of us as we’re past our peak performance! This is not surprising though.

The more controversial findings are that there are strong gender differences in navigation, which has surprised us. The urban myth that men and women navigate differently may have some truth to it. We are finding this difference for genders is consistent across age too.

We all use both at points, and they interact all the time, but at the moment it appears that women prefer egocentric navigation and men, allocentric. Why that is we don’t know as we hadn’t hypothesized that there would be any difference.

One of the other controversial findings is substantial geographical differences in navigation – some countries are much better than others at navigating. Nordic countries seem to be doing very well in navigation, while others are not doing so well, and again we don’t know why, but it’s fascinating. People always want to know whether the UK is in the top ten – and thankfully it is! Professors Eneida Mioshi and Michael Hornberger who are working together, specialising in dementia research and care

How important is the game in dementia research?

For the next step, we want to actually play this in dementia populations. Dementia patients themselves are not our main targets for the game – what we’re more interested in are the people who are healthy but potentially at a high risk of developing dementia – and finding out whether we can already identify navigation changes in them?

We have a little bit of pilot data in this direction, and so far it looks very promising. We know that navigation changes are there very early on in dementia, but people wait and focus on memory as a symptom.

We think navigation can detect dementia much earlier and be more specific for Alzheimer’s disease. With the research from this data we may potentially be able to identify it in patients up to 10 years before they have memory symptoms – and then you can perform intervention and treatment and change or delay the onset of the disease, and potentially at a later date perhaps prevent it completely.

Penny Garner’s observations of her mother and the way she processed and linked information become the basis for the development of the SPECAL method – a person-centered method of managing dementia and promoting wellbeing. Today, she trains and raises awareness about the method through the Contented Dementia Trust and the Sunday Times bestselling book Contented Dementia. We talk to her about her unique work…