When live-in care just isn’t an option, give your loved ones the support they need with a choice of the top local care homes. 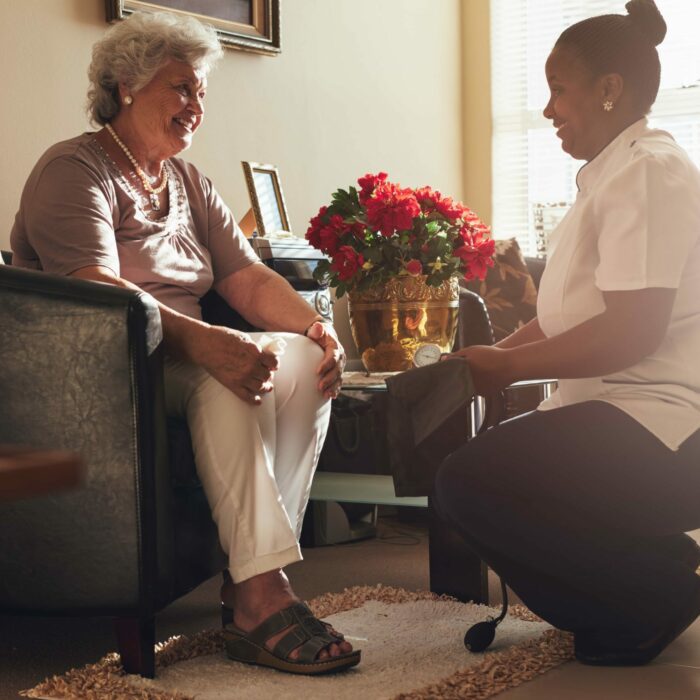 At Elder, we understand that the circumstances might not be right for everyone to get live-in care in York. Maybe there isn’t enough room to accommodate another person or the home would require too many adaptations for their needs.

No matter the reason, we’d still like to help and we know we’re in a good position to do so. Good care is available out there and we want everyone to make informed decisions about their later life care.

Your loved one has every right to be supported and cared for in the way they choose, which is why we’ve found the best residential options in the area for you.

The top care homes in York

If you’re considering residential care for your parents or loved ones in York, the following eight options may be worth considering.

With 36 rooms, all with ensuite facilities, St John’s House is situated within two acres of landscaped grounds, midway between Harrogate and York, and caters for people over the age of 55.

Suitable for Parkinson’s and sensory impairment.

Just five minutes from the city centre, and close to York racecourse, Lifestyles provides residential and respite care for seniors and young adults with mental health conditions. There are 19 single rooms, one of which has its own ensuite.

Situated in the village of Haxby and within walking distance of local amenities, Birchlands offers convalescent, respite and long-term care. There are 54 single rooms, 39 of which have private ensuites.

Suitable for people over the age of 60.

Set in a beautifully refurbished former farmhouse, Ivy Lodge has 34 single rooms, 28 of which have private ensuites, and it provides residential and respite care.

Suitable for people over the age of 65.

In a peaceful setting alongside the River Ure, Riverside Court provides residential, respite and palliative care for people over the age of 65. There are 21 single rooms and 2 shared rooms, with 21 rooms having private ensuites.

Located in Osbaldwick, on the eastern outskirts of York, Barchester The Meadowbeck is a purpose-built nursing home for people over the age of 55. There are 60 single rooms, all with private ensuites.

Offering luxury accommodation in a Grade II listed property, St Catherine’s has 55 single rooms, 27 of which have private ensuites, and it provides residential, respite and convalescent care to people over the age of 65.

A purpose-built care home set in extensive landscaped grounds, Connaught Court provides residential, respite, convalescent and palliative care to residents over the age of 60, across 90 single rooms, all with private ensuites.

Realising your elderly loved one requires extra, full time care isn’t easy and when there seems to be so many options, it might be overwhelming to know where to start.

At Elder, we are always on hand to offer the best impartial advice, every day between 8 am and 8 pm to help you decide on the best care solution for the your loved one.

Get in touch with one of our expert care advisors today.

How can I fund care for my loved one?

Perhaps the most concerning part about getting care for your loved one is figuring out how to fund it. A local authority assessment is free of charge and available to anyone on request, and this could identify local sources of funding, depending upon your loved one’s financial circumstances.

If your loved one lives with dementia or any other long-term health conditions, they could be eligible for NHS funding and it’s always worth enquiring about other grants and benefits in these cases. If your relative has to pay for their own care, it might be best to seek professional advice from a financial advisor.

Otherwise, check out our handy guide on the cost of care or call one our friendly care advisors to help you figure out your options.

Does live-in care support those with visual impairments?

Live-in carers are incredibly well equipped to support those with visual impairments in their own home. It makes far more sense for them to remain at home where they are very familiar with the layout of the house they know and love.

A live-in carer would encourage your loved one to stay healthy, confident in staying active and support them to keep doing all the things they usually love to do.

For more information on what a live-in carer does in a typical day, check out our guide on 24-hours of care at home.

How quickly can I arrange live-in care?

Here at Elder we can arrange a live-in carer that is specially selected for your loved one based on their likes and dislikes in as little as 24 hours. It’s important that the right carer is placed with your loved one so even though it’s short notice, we don’t skimp on quality.

There are many reasons why you might need live-in care urgently. Perhaps your loved one has recently been discharged from hospital, they’ve had a fall or perhaps family aren’t around to offer support as they usually do.

Whatever the reason, Elder will help you through the process.

Would a care home support those with Parkinson’s disease?

If your elderly loved one has Parkinson’s disease, and especially if it is in the more advanced stage, they would require more specialist care. As a long term degenerative disorder, over time mobility may become compromised and memory can be affected. This is something that some care homes can support, however, they would have to share care with other residents and therefore, won’t get the one on one attention that may better serve them.

Home care could be a far better option for someone living with Parkinson’s because they would get personalised care and assistance 24/7. The carer would get to know what your loved one likes, when they need to take medication and can get to know them on a more personal level, so they can offer emotional support too.

Call one of our friendly care advisors for more information. 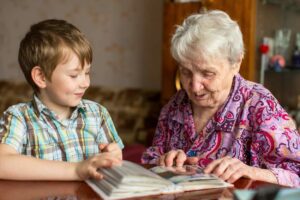 The cost of care – everything you need to know 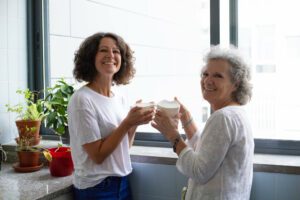 Care at Home for the Elderly: A Guide for Caregivers